Simon Halabi, formerly one of Britain’s richest men and now one of its biggest bankrupts, is under investigation by the UK tax authorities, according to a court judgment.

A Jersey court has approved the release of documents to HMRC as part of an investigation relating to the empire of the former billionaire.

The judgment also reveals that HMRC, understood to be investigating a 20-year time span, has applied directly to the Jersey authorities to obtain additional information about Halabi, whose personal fortune was once valued at £3 billion. 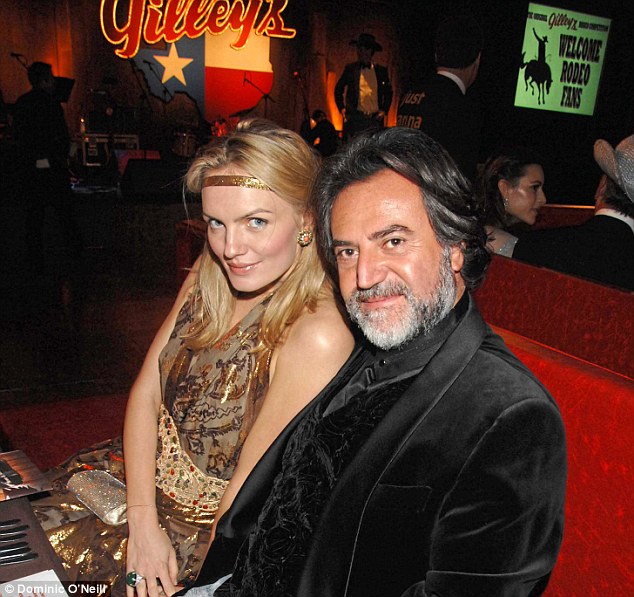 Simon Halabi is under investigation by the UK tax authorities, according to a court judgment

Halabi, now discharged from bankruptcy, has claimed in the past to be ‘simply a representative’ of family trusts.

The fallen property king, who is Syrian born, once enjoyed a lavish lifestyle including a Mayfair home, French chateaux, parties on yachts and luxury cars. As well as the bankruptcy, he was also embroiled in a bitter divorce from his wife Urte, who he married in 2002 when she was a 22-year-old student.

After initially setting up an estate agency, he first came to public prominence when he emerged as one of the developers of The Shard, the London skyscraper, but sold his interest after falling out with his business partners.

His empire began to teeter in the credit crisis and in 2010 he was declared bankrupt in London after failing to repay a £56 million loan from the failed Icelandic bank Kaupthing.

The latest twist unfolded as part of a complex legal process in the Jersey courts when John Ariel, who has been the trustee in bankruptcy for Halabi, sought legal permission to hand over documents that he had obtained about Halabi and his business dealings.

Ariel, who continues to administer Halabi’s estate even after the latter was discharged as a bankrupt in 2011, took this step after being served with an ‘information notice’ from HMRC last year, asking to hand over documents in England.

Halabi was invited to hand over information by HMRC in 2014 but ‘declined to do so,’ according to the judgment.

The judges in Jersey said that they did not see any legal barriers that would prevent Mr Ariel from handing over information to the taxman. Halabi declined to comment.