Founder of London insurer Aspen to pocket £7.2m when his firm is bought by private equity firm Apollo 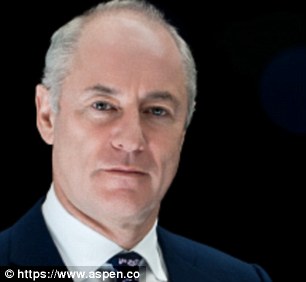 Thefounder of London insurer Aspen will pocket £7.2million when his firm is bought by private equity firm Apollo.

Chris O’Kane, 63, will get the cash in exchange for his shares when Apollo buys Aspen in a £2billion takeover due to complete early next year.

O’Kane started his career as a broker on the floor of insurance market Lloyd’s of London 40 years ago.

He launched Aspen in 2002 and it floated on the New York Stock Exchange the following year.

But the company – which focuses on cover for businesses and the wealthy and employs 700 people – is one of a string of niche firms to have been hammered by natural disasters and falling premium prices.

Aspen put itself on the market five months ago after suffering heavy losses from floods, wildfires and hurricanes.

The business lost £190million in the final quarter of 2017 and shares have dropped by more than a third in the past 18 months.

O’Kane enjoys skiing, collects art, and once said his motto is ‘fear nothing and no one’.