The London stock market kept marching ahead today with another record close for the FTSE 100 index.

US stocks were also higher at the open as trade concerns between the US and China continue to fade. The Dow Jones opened 34.26 points, or 0.1 per cent higher at 25,047.55. 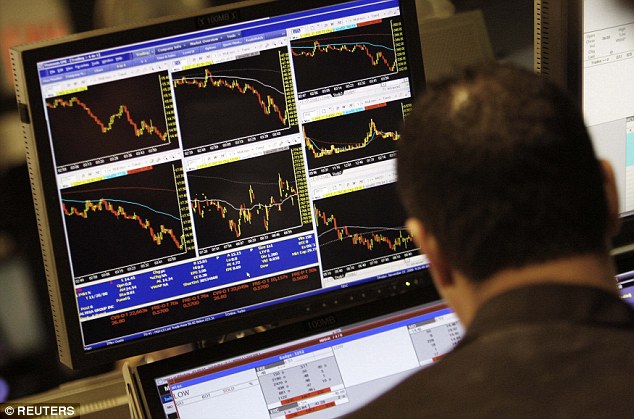 The globally orientated Footsie was unfazed by UK factory data showing orders decline to their lowest level since late 2016 this month.

China’s government said on Tuesday it will cut import duties on passenger cars to 15 per cent from the current 25 per cent, sending US stock futures higher.

‘The postponement of new tariffs by both the US and China and the revelation that the latter will cut import tariffs on cars from as much as 25 per cent to 15 per cent and on car parts to 6 per cent is seen as an important step away from a trade war that could have negative implications globally,’ said Oanda’s Craig Erlam.

‘Trade protectionism was one of the fears of a Trump Presidency and his announcement of tariffs and his approach to trade agreements went some way to justifying such views but this could be an important breakthrough.’

The globally orientated Footsie was unfazed by UK factory data showing orders decline to their lowest level since late 2016 this month.

The latest manufacturing survey by the Confederation of British Industry shows monthly order books balance fell to -3 from +4 in April and was much weaker than forecasts of +2, amid lower domestic demand.

Data revealing lower than expected government borrowing in April would have pleased investors and could give more scope for spending in the next Budget. 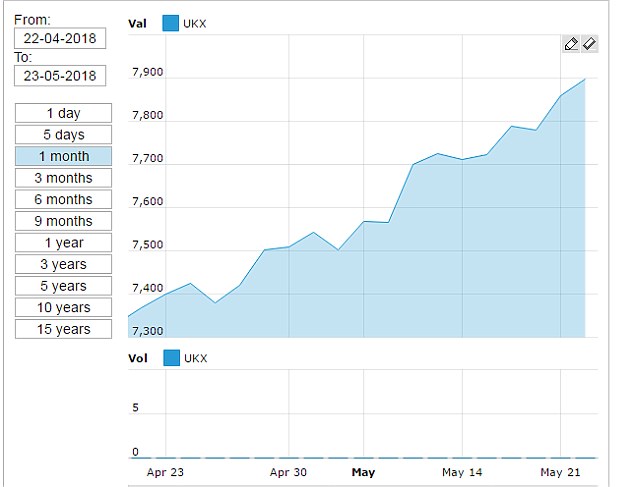 The pound climbed earlier in the day on remarks by Bank of England interest rate setter Gertjan Vlieghe, who told the Treasury Committee interest rates are set to rise by between 0.25 per cent and 0.5 per cent every year over the next three years.

Sure enough the Footsie took a greater step forward this afternoon, also spurred on by the positive open on Wall Street.

Private hospital operator Mediclinic was the biggest gainer, climbing 4 per cent to 690.8p, with investors seemingly upbeat ahead of final results on Thursday – although the firm is on the brink of being relegated from the Footsie.