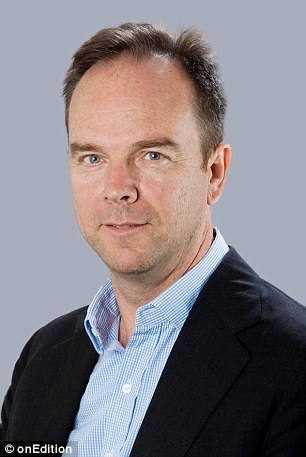 The search for investment themes that will deliver returns irrespective of the state of the global economy is the mission of Simon Edelsten. Along with colleagues Alex Illingworth and Rosanna Burcheri, he runs £700 million of assets for fund management house Artemis.

Portfolios that are all worldwide in their scope, are built with a determination to preserve investors’ capital, but provide the opportunity to deliver more than half-decent investment returns.

Although some of the money is run for big institutions, the team looks after two investment funds that retail investors can tap into – Artemis Global Select and investment trust Mid Wynd International.

The two funds are managed in similar fashion although Edelsten can use borrowing facilities available through Mid Wynd if he believes there are outstanding investment opportunities. At the moment, the trust has no borrowing – reflecting Edelsten’s view that share valuations worldwide are on the pricey side.

Mid Wynd is a trust that Artemis took over the management of from rival investment house Baillie Gifford in spring 2014. It is invested in 65 stocks with only two being UK listed – insurer Prudential and National Grid. He holds these because of their attractive dividends and, in Pru’s case, its business interests in the Far East.

While the trust’s portfolio is skewed towards the United States, it is what a number of Japanese companies are doing in the automation space that excites Edelsten the most. It is this theme and that of tourism – especially in the expanding economies of the Far East – that underpin a big chunk of the trust’s stakes. For example, in July last year he bought shares in Daifuku, a world leader in automated warehouses. They have since nearly doubled in value on the back of strong earnings growth and he believes there is more growth to come.

Shares in Nabtesco were bought at the same time. Edelsten believes this Japanese manufacturer of reduction gears – used, for example, in trains to slow down the pace at which doors close – will boom as robotics is introduced across swathes of industry.

He adds: ‘There are only three companies worldwide that operate in this field of robotics. Nabtesco’s technology helps make robots clever and gives them more articulations. It enables them to pick up an egg without cracking the shell and it will make inroads into automotive processes in food, textiles and surgery. To go out to Japan and see what this company is doing as I did last October is the fun part of my job.’

The team’s belief that tourism is a strong global investment theme – but especially in Asia with the emergence of a cash-rich middle- class determined to travel – is reflected in its portfolio.

Key positions include Japan Airport Terminal Company (owner of Haneda Airport in Tokyo), Airports of Thailand and Beijing Capital Airport. It also has a stake in baggage maker Samsonite, a company that Edelsten says is using cutting-edge technology to design ever lighter and stronger bags.

As for themes yet to establish themselves, he is interested in the science of immunology.

Provided his holdings are generating plenty of cash and are not patently overvalued, he will run with them. But if they start looking too pricey, he will not hesitate in taking gains and investing in new possible future winners from strong global trends.