FUND FOCUS: Ocean Dial returned 224% over five years by investing in India – here’s how they did it 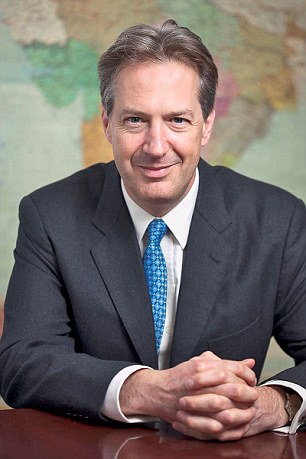 Ocean Dial Asset Management is an unusual manager of money. Unlike a majority of rivals that manage investments across the globe, it has nailed its colours firmly to one mast – the mast of India and its equity markets.

It is a focused strategy that seems to be working for the investment house. Since spinning out of Caledonia Investments five years ago, Ocean has steadily grown its assets invested in Indian equities to more than £430 million. Although it has offices in London, its stock pickers are all based in India’s Mumbai, the country’s financial capital.

The asset manager runs four funds focused on India. But its flagship is India Capital Growth, an investment vehicle launched more than 20 years ago under the wing of Caledonia and now managed from Mumbai by Gaurav Narain.

While the short-term investment numbers are unexciting, its returns over the past five years have been exceptional. Not one Indian fund has a superior investment record over this period. David Cornell is Ocean Dial’s chief investment officer. Now based in London, he worked in India for eight years before returning to the UK in 2014. He is not only convinced by the case for Indian equities, but believes his company’s on-the-ground presence in Mumbai makes a ‘difference’.

Cornell says: ‘India is becoming more economically relevant. It has a young population with more than 50 per cent under the age of 25. Incomes are rising in real terms while India is making its mark across swathes of industry – health, automobiles and offshoring.’

With some 5,500 Indian equities to choose from, Ocean Dial is spoilt for choice. Yet Cornell says the focus of India Capital Growth is on some 300 small to medium- sized companies – businesses off the radar of most other fund managers looking to get exposure to Indian stock markets.

The fund currently holds 38 stocks with an emphasis on consumer and financial companies looking to benefit from the population’s rising wealth – annual economic growth is running at some seven per cent. Key holdings include consumer goods manufacturer Jyothy and finance company Dewan – positions held for some eight and six years respectively. Cornell says: ‘Jyothy has some strong consumer brands including whitening agent Ujala, cleaning product Exo and soap Margo. Ujala makes your shirts look clean and fresh and works well for low and middle-class Indian families because it means their clothes last much longer.’

With some 5,500 Indian equities to choose from, Ocean Dial is spoilt for choice

Dewan provides mortgage finance for people who live outside India’s major metropolitan areas. ‘Demand for mortgage credit is insatiable,’ says Cornell. ‘For years, we have seen four generations of family live under one roof. But increasingly youngsters want to own their own homes.’

Cornell goes out to India six or seven times a year. Although he loves the country, he is sufficiently independent of mind to realise that Indian stock markets face headwinds in the form of a strong US dollar, rising oil prices, contagion from woes in other emerging markets, and the threat of trade wars sparked by President Trump.

Set against this, he is reassured by the strong recovery in corporate earnings growth which should exceed 20 per cent next year.

Nick Greenwood, manager of investment trust Miton Global Opportunities, is an admirer of India Capital Growth. His trust holds a stake, believing it to be a great way to get exposure to India.