Smith’s self-titled firm Fundsmith will roll out the Smithson Investment Trust with the aim of finding and investing in 25 to 40 of the world’s best small and medium-sized companies.

The investment trust will use what the firm says is a proven investment strategy that has helped the original Fundsmith Equity fund deliver strong returns over the eight years since its launch: Buy good companies; Don’t overpay; Do nothing. 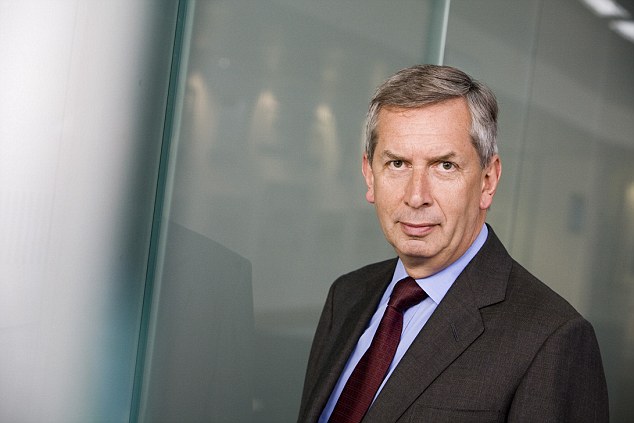 Smith will provide ‘advice and support to them’, as Fundsmith’s chief investment officer.

It will launch via an initial public offering (IPO) which will aim to raise £250million from private investors and institutions, via a combination of a placing, offer for subscription and an intermediaries offer.

A placing refers to shares in the new trust being distributed to specific individual investors in a pre-determined manner, an offer for subscription is the chance for the public to buy in, while an intermediaries offer gives brokers and advisers the chance to buy on behalf of their clients.

Investec Bank is acting as sole sponsor, bookrunner, broker and intermediaries offer adviser in relation to the IPO.

The Smithson trust will invest in companies of between £500million and £15billion in market capitalisation, with an average size of £7 billion. The annual fee will be 0.9 per cent.

Fundsmith currently manages over £18billion, with the majority of this in the wildly popular flagship fund run by Terry Smith himself, Fundsmith Equity, which has grown to £17billion since its launch in November 2010.

In contrast to the planned new trust, Fundsmith Equity has a significant portion of its money in large cap companies, with a particular focus on the US serving it well through the long-running bull market. 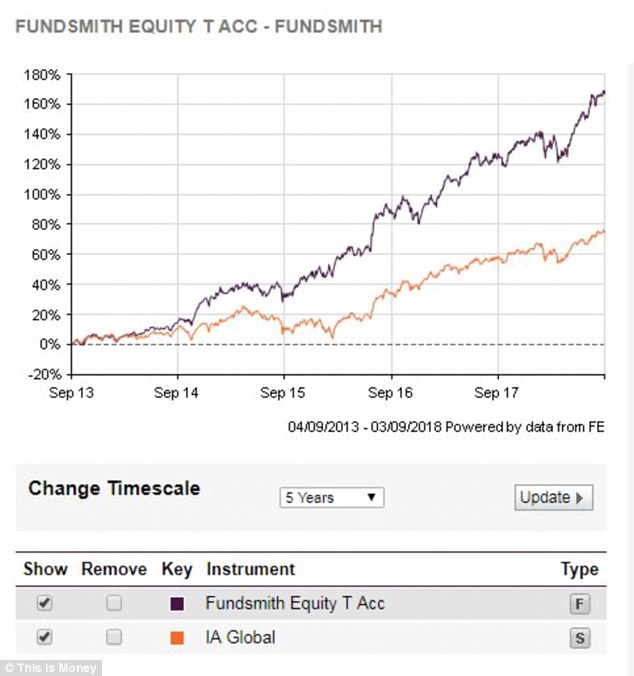 Terry Smith adopts a Warren Buffett-style investing approach, buying and holding a small number of quality companies that can withstand the test of time.

He said that he wanted Fundsmith Equity to be a fund that offered a clearly defined and simple investment philosophy, investing in companies around the world that had the power to turn cash into consistent profits.

Fundsmith said the Smithson IPO transaction will be ‘innovative’ in respect to having no launch fees levied against investors, and the 0.9 per cent annual fee being based on Smithson’s market capitalisation, not the commonly used net asset value (NAV) measure.

Fundsmith claims this will better align the interests of the firm with shareholders.

Smith commented: ‘Last year we hired Simon Barnard and Will Morgan from Goldman Sachs to research the opportunity presented by applying Fundsmith’s proven investment process to companies typically smaller than the ones the Fundsmith Equity Fund would invest in, hence the name Smithson.’

‘I am delighted that Simon and Will will manage the fund, with my oversight as Fundsmith’s chief investment officer. I will be investing £25 million in Smithson at launch with fellow Fundsmith partners and employees investing an additional £5 million.’

Barnard added: ‘Over the last year, the Smithson team has identified and researched an investable universe of 83 compelling companies, from which we will select 25 to 40 portfolio companies at launch, that we believe can compound in value over many years, if not decades. I, along with other members of the team, will be investing significantly in the fund at launch.’