Ryanair is battling yet another public relations disaster following staff walkouts that have scuppered thousands of customers’ travel plans and wiped more than £1billion off the company’s stock market value in the past fortnight.

The airline’s customer service operation appeared to be in meltdown as it struggled to handle the latest round of industrial action set for Friday, the fourth day of strikes to hit the carrier this summer.

Upset passengers complained they were unable to contact the firm, whose pugilistic boss Michael O’Leary had previously promised to be nicer to its customers. 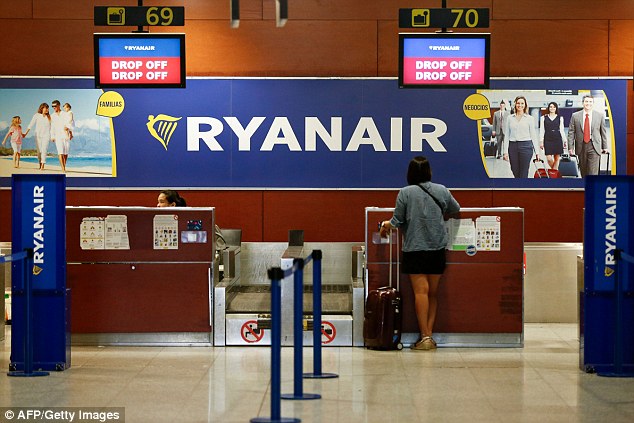 One, Megan McDermott, said on social media: ‘I can’t get in contact with you via phone or the online chat either, I just want a definitive answer if my flight is going to be cancelled or delayed next Friday due to the strike?’

Another, Mark Kavanagh, said the ‘customer service agent I eventually got to speak to, conceded that the company was not prepared for the number of calls’.

The company has clashed with pilots and cabin crew over contracts and last week axed 300 jobs at its Dublin headquarters that it says it will move to Poland.

The company insisted: ‘There have been no issues. Ryanair has added extra customer service staff to help reaccommodate and refund customers and we are assisting all affected customers as quickly as possible.’

Its axing of more than 600 flights earlier in the month had already angered passengers, even more so after Ryanair claimed it was not obliged to offer the standard €250 compensation payment. 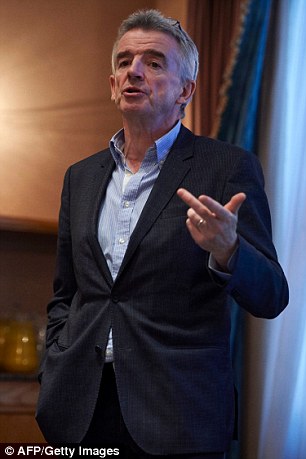 Strikes: Airline chief Michael O’Leary has plans to move jobs out of Dublin

Ryanair claimed that under EU law ‘no compensation is payable when the union is acting unreasonably and totally beyond the airline’s control’.

But the Civil Aviation Authority – which only has jurisdiction in the UK – said Ryanair was required to pay compensation if it did not give at least two weeks notice of cancellation.

Ryanair said the majority of passengers are being rebooked on alternative flights. It added that almost three quarters of pilots did not vote to strike on the initial day of action, that Irish captains can be paid up to €200,000 a year and fly no more than 75 hours a month.

Alex Paterson, an analyst at Investec, which has downgraded Ryanair from ‘buy’ to ‘hold’, said: ‘The unions are playing a dangerous game. Ryanair is clearly trying to come to an agreement with staff to resolve this but it doesn’t seem to have been reciprocated.’