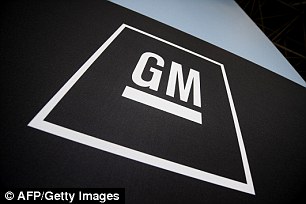 Shares in General Motors posted their largest one-day gain since the company’s rebirth from bankruptcy eight years ago, after Japan’s Softbank decided to pump £1.7billion into its autonomous car unit.

The deal is the largest yet between a technology investment firm and a car maker.

GM said yesterday that it will add £830million to Softbank’s investment to speed large-scale deployment of self-driving robo-taxis next year.