Scientists in Germany have conducted a new investigation into the dangers of distractions to motorists – and given a damning verdict for older motorists.

Roughly eight in 10 drivers aged 65 to 75 are likely to lose control of their car and veer off the road if they attempt to multitask at the wheel, the study found.

Separate research also uncovered the most common types of distractions, with stroking pets and attempting to perform sex acts on partners among the top 20 reasons why drivers have taken their eyes off the road. 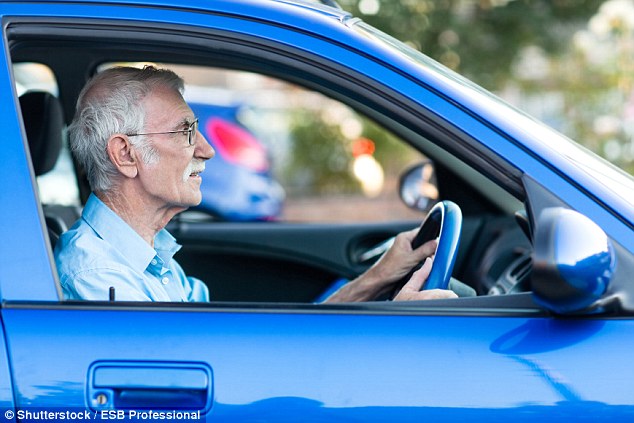 Distraction risk: Around four in five older drivers are likely to lose control of the car while being distracted by a passenger, phone or sat-nav (stock image)

The controlled distraction study was conducted by a team in Germany using a computer simulator.

Scientists pitted young motorists – aged between 20 and 30 – against older drivers, 65 to 75, at the wheel of a VW Golf driving a 25-mile journey along a winding rural route.

During the examination, all drivers were asked to undertake different tasks at the wheel, including inputting digits on a keypad to replicate entering a postcode into a sat nav or dialling a number in the phone through the in-car entertainment screen.

The differences between the two age groups’ ability to control the vehicle while attempting these tasks was ‘stark’, according to the researchers.

The vast majority of older drivers – 78 per cent – veered off the edge of the road and hit the kerb, compared with just 40 per cent in the younger group.

Some 15 per cent of the older motorists also unwittingly drove across the central white line on the road into onrushing traffic while none of the younger group steering into the direction of oncoming cars. 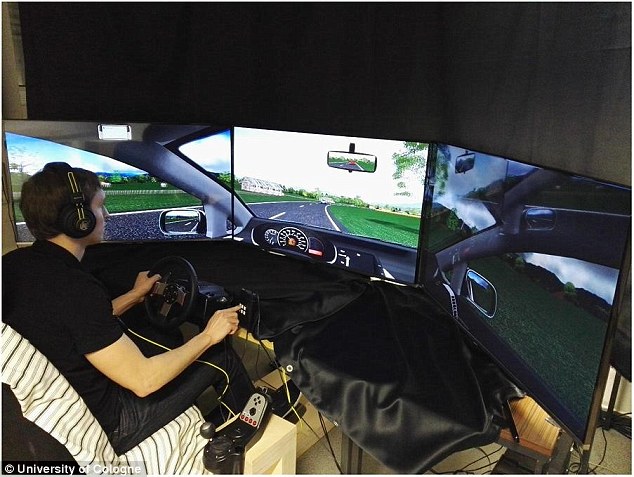 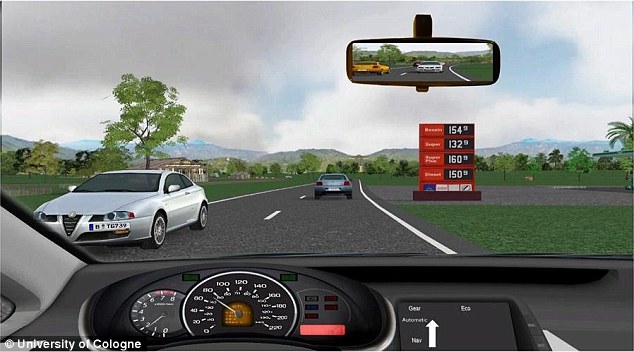 Lead researcher, Konstantin Wechsler, of the Institute of Physiology and Anatomy at the German Sport University Cologne, said the study has important implications when it comes to accident prevention.

Writing in the journal Frontiers in Psychology, Wechsler said: ‘Older participants drove more slowly, more laterally and more variably than young ones, and this age difference was accentuated in the multitask-condition, particularly if the loading task took participants’ gaze and attention away from the road.

‘Our findings indicate that multitasking deteriorates in older age not only in typical laboratory paradigms, but also in paradigms that require orchestration of dual-tasking and task switching.

‘They also indicate that older drivers are at a higher risk of causing an accident when they engage in a task that takes gaze and attention away from the road.’

The study involved 124 participants who were regular drivers, in good physical and mental health, with good eyesight.

While seated in a simulated car, they were asked to follow another vehicle in front for around 25 minutes.

During the journey, distractions were introduced by the researchers – including braking tasks, being asked questions through a headset, or being given a three-digit number to type into a keyboard. 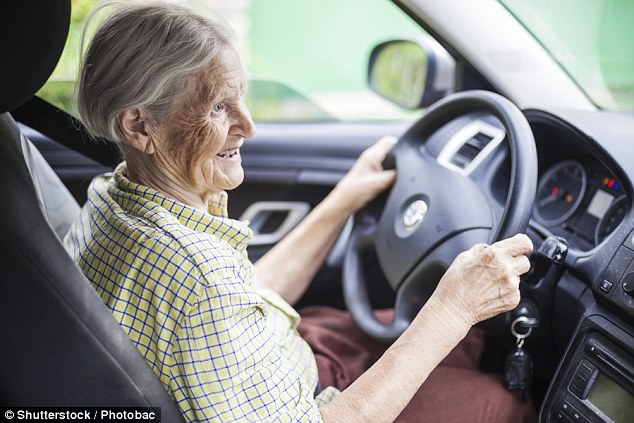 Wechsler added: ‘Our finding could be of substantial relevance for the driving safety of older persons since activities similar to task “type” are quite common in driving: drivers often operate radios, navigation systems and other dashboard instruments, open and close windows, adjust side and rear mirrors, and on longer trips may even reach for drinks and food located elsewhere in the car cabin.’

Ranjen Gohri, boss at leading breakdown firm 24/7 Vehicle rescue, stressed that while the study did not say that older drivers are ‘worse’ than younger motorists, it does suggest that as we get older our ability to perform unexpected tasks at the same time reduces.

‘It reinforces the message that any distractions while driving can be seriously detrimental to concentration and performance, particularly when it comes to operating gadgets,’ he said.

The study comes after a UK coroner recently called for older motorists to be re-tested by the Driver and Vehicle Licensing Agency later in life, as opposed to the current system of ‘self-reporting’.

Deborah Archer, assistant coroner for Plymouth and south Devon, wrote a letter to the Government calling for the mandatory testing of drivers aged 80 and over. 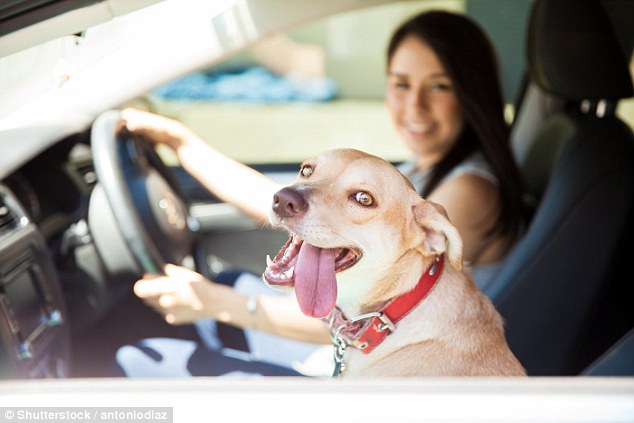 Stroking a pet was the twelfth most common reason motorists get distracted behind the wheel. Find out what else made the list below

What are the most common distractions?

More studies in Germany have tried to identify the most common distractions for drivers – with some surprising results.

Autolabs conducted a survey of 2,000 motorists and found that four in five drivers have potentially put themselves and others in danger by putting on make-up, caressing their beloved pet or performing a sexual act.

Mobile phones are a key source of distraction for drivers, with 31 per cent confessing to checking their device when they should be looking at the road.

That’s despite recent changes to the law that could see motorists handed six points and a £200 fine if caught using their mobile at the wheel.

1. Passed something to a passenger in the front sear

2. Sung along to a song at the top of their lungs

3. Thrown something in the backseat

4. Passed something back to a passenger in the backseat

7. Made a phone call

8. Taken off a coat or jumper

15. Changed song on my phone

16. Experimented with operating the pedals with different feet (i.e. using your left foot to brake)

19. Put on or adjusted make-up

Holger G. Weiss, chief executive of German Autolabs, who commissioned the study, said: ‘Driving is a somewhat mundane part of everyday life for millions of Britons across the country and this chore-like familiarity can lead us to grow complacent to the potential risks around us.

‘And while we are sure many of the four in five drivers guilty of being distracted in the driver’s seat will be confident in their multitasking abilities, we think the findings should be seen as concerning.’