Gibson guitars files for bankruptcy as it struggles to repay debt

Gibson, whose guitars have been played by the likes of Eric Clapton, Jimmy Page and Bob Marley, has filed for bankruptcy.

Gibson Brands, which sells more than 170,000 guitars a year, filed for Chapter 11 bankruptcy protection in the US as it struggles to repay debt.

The company, which was founded more than 100 years ago, has been burdened with arrears after taking out loans to finance purchases of home entertainment and audio companies over recent years. 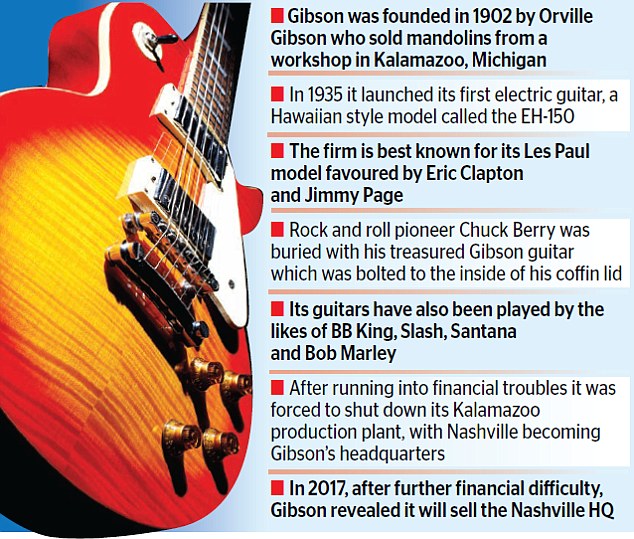 It will receive £99million in financing from lenders, enabling it to continue trading while repaying the debts.

Nashville-based Gibson will get rid of its consumer electronics division which makes Philips branded headphones, speakers and other accessories as part of the restructuring.

Gibson’s most famous guitars are the Les Paul and Flying V and have been played by world famous rock stars like Rolling Stones’ Keith Richards and Guns N Roses’ guitarist Slash.

But changing music tastes in recent years have led to a significant decline in sales at the company.