Shareholders have been urged to oppose a £170million bonanza for the four asset-strippers who seized control of engineer GKN. 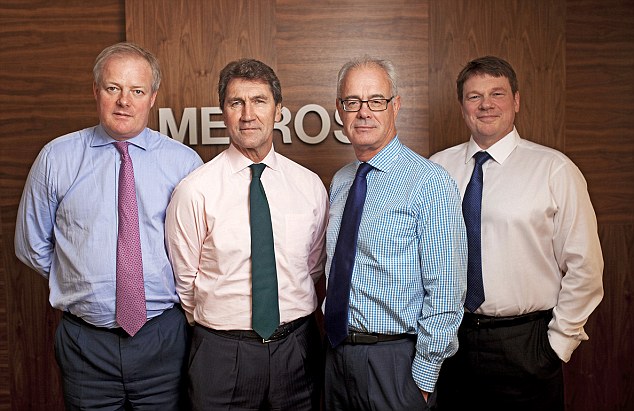 Any rebellion would not cut what the four earned because the vote is not binding.

The pay is much larger than in a typical year because of a long-term bonus scheme. Melrose intends to break GKN up and sell its assets piecemeal to the highest bidder

Luke Hildyard, of the High Pay Centre, said: ‘How shareholders vote will be a big test of whether they can be trusted to properly police executive pay.’

A Melrose spokesman said the bosses created £3.3billionn of value for shareholders.