Engineering firm GKN has had its credit rating slashed to junk following its hostile takeover by City predator Melrose.

Its analysts said there was a higher risk of default and have put the ratings under further review amid concern it may struggle. The weaker rating could affect confidence in GKN. 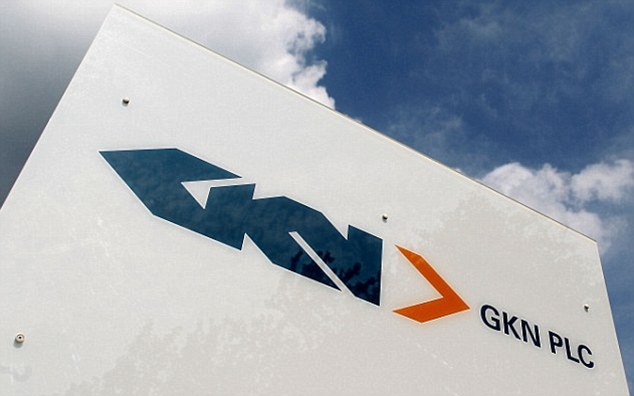 It comes after repeated warnings about Melrose’s ownership of GKN from opponents to the takeover.

Melrose borrowed £1.4billion from banks to pay for the company, as well as £2.1billion to refinance existing debt. Matthias Heck, Moody’s lead analyst for GKN, said the prospect of rising debt meant GKN could no longer be considered ‘investment grade’ after the takeover.

Moody’s cut GKN’s credit rating from an investment grade Baa3 to Ba1 – or junk. It had already downgraded GKN in March after the firm announced plans to split itself up in the face of Melrose’s bid.

Melrose won control of GKN on March 29 following one of the fiercest takeover battles in a decade, during which it was accused by GKN’s management of focusing on ‘financial engineering’.

Under its plans, the enlarged Melrose group will have a higher level of debts-to-profits ratio than GKN had, potentially putting it at greater risk from rising interest rates.

Redditch-based GKN, which employs 58,000 around the world including 6,000 in the UK, made sales of around £10billion last year.

However, in April Melrose said GKN’s profits had fallen from £215million to £181million during the first 13 weeks of the year.

It said operating profit fell 10 per cent and aerospace business in the US made a loss. GKN had £1.1billion of debt at the end of the year, up from £889million the previous year.

Moody’s said weak operating performance was a factor in its downgrade. Steve Turner, assistant general secretary for Unite, which campaigned against the takeover, said last night: ‘We are and will continue to keep maximum pressure on Melrose to deliver on its offer commitments to invest for the long term.

‘And anything that threatens that investment, our members’ jobs, workplace skills or world class innovation in the business will be resisted by this union both politically and industrially.’ Melrose declined to comment.