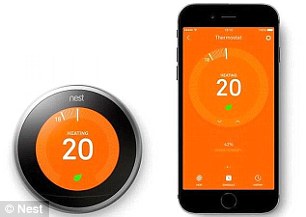 The boss of smart home gadget maker Nest is stepping down as owner Google brings it in-house.

Nest, best known for its digital thermostats, was founded in 2010 by former Apple engineers Matt Rogers and Tony Fadell.

It was bought by Google four years ago but had been allowed to remain partly independent.

Nest will be combined with Google’s home and living room division as the group ramps up efforts to compete with Amazon and Apple to make voice assistants and smart speakers.

Chief executive Marwan Fawaz will remain as an adviser.