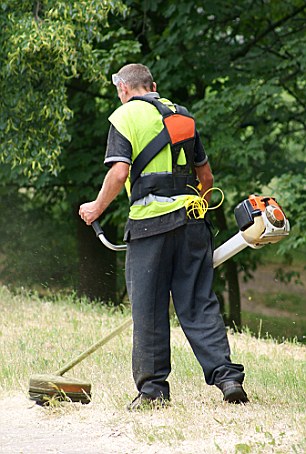 ‘Secret scandal’: Low earners are being deprived of free pension cash that is automatically handed to better paid workers

The Government plans to review how pension tax top-ups are paid to savers, following an outcry over a ‘secret scandal’ that deprives low earners of free cash handed to better off workers.

Hundreds of thousands of savers are being denied up to £720 of Government pension cash a year due to a tax technicality critics say is ‘indefensible’ and ‘a disgrace’.

Ex-Pensions Minister and campaigner Ros Altmann has raised the alarm, stirring a chorus of support from other financial experts who say this anomaly must be fixed.

And this week, a Department for Work and Pensions spokeswoman promised the House of Lords that the Government would look at the issue.

‘The Government will examine the processes for payment of pensions tax relief for individuals to explore the current difference in treatment to ensure that we can make the most of any new opportunities that emerge, balancing simplicity, fairness and practicality while engaging with stakeholders to seek their views,’ said Baroness Buscombe, Parliamentary Under-Secretary of State at the DWP.

Lady Altmann said she had met with the DWP and ministers to put forward solutions and they had ‘now promised to take it more seriously’. She repeated an earlier pledge to keep fighting, saying: ‘I am not letting this issue go.’

However, pensions expert Tom Selby of AJ Bell cautioned that while getting the low paid what they were due must be addressed, raising the issue of pension tax relief would inevitably ‘inflame concerns more radical changes could be pursued’.

He said the Government’s £20billion funding promise to the NHS meant these tax incentives could be ‘caught in the crossfire’.

Why are some lower earners losing pension top-ups?

Most master trusts, which manage centralised funds for lots of employers at once, use a tax mechanism called ‘net pay’ that is convenient for top-paid staff but penalises lower earners.

But it means anyone in the workforce earning between £10,000 and £11,850 a year loses their top-ups for good, with no option available at present to claim them back.

There is an alternative tax mechanism which master trusts can use called ‘relief at source’ that does not disadvantage people on low wages.

It gives the low-paid workers their Government pension top-ups, which they would otherwise be denied, while better paid workers still end up getting their full whack by submitting a tax return. Basic rate taxpayers are not affected either way. Read more here.

The Government is believed to have come close to dropping the current system, where everyone gets an initial boost to their retirement fund from tax relief, in favour of everyone saving into Isas out of their taxed income, while George Osborne was Chancellor.

He is thought to have ditched a radical 2016 Budget plan to slash the pension tax relief bill – either by launching a Pensions Isa or imposing a flat rate for all earners – for fear of a backlash from voters just ahead of the Brexit referendum.

But meanwhile, an obscure tax quirk has meant many low paid workers are missing out on getting any free Government pension top-ups, while higher earners are paid them automatically.

Workers auto-enrolled into pensions are told the money they pay into their retirement pots will be boosted by both employer and Government cash.

But for many on a low pay-rung this is not the case. They never get the Government tax relief, because their employers – often unwittingly – sign up to one of the many ‘master trust’ pension schemes that don’t pay it into their pots.

Those which use a ‘net pay’ system exclude low earners from getting tax relief, while those using a ‘relief at source’ system allow all workers to get it. See the box below for more about the two systems.

‘NEST, which now has over 6 million members, operates a relief at source arrangement as do several other large schemes used for automatic enrolment.’

The Government has also pointed out that The Pensions Regulator highlights the net pay vs relief at source issue to employers so that they can consider the most appropriate scheme for their staff here.

Altmann, who has dubbed the issue a ‘secret scandal’, said: ‘I have been meeting with DWP and Ministers and have put forward a number of possible proposals to resolve the situation and they have now promised to take it more seriously.

Are you a low earner who is affected?

If you are a low paid pension saver who is missing out on Government top-ups to your pot, we would like to hear from you.

‘They are talking about consulting the industry but it is also important that any proposals or solutions are supported by the Treasury.

‘I am not letting this issue go because it is so dangerous for auto enrolment and confidence in pensions.’

She fears a fresh pension scandal could derail the auto enrolment programme, which has seen more than nine million more people start saving for retirement, once low earners realise what is going on and tot up their mounting losses.

A recent probe by pension consultant Hymans Robertson found 14 out of the 17 top master trusts – which manage centralised pension funds for lots of employers at once – use the payment system which prevents low earners from getting Government top-ups, while the rest pay them to all workers.

However, one of the 14 firms, NOW:Pensions, reimburses low-paid members their lost top-ups, so they do not end up out of pocket.

Jesel Mistry, head of scheme design at Hymans Robertson, said of Baroness Buscombe’s statement this week: ‘It’s great to see that closing the net pay loophole has risen up the agenda however I agree that it’s unlikely to be a quick fix.

‘It is crucial that both the Government and the industry start to think creatively and seriously about how this inequality can be addressed.

‘For example, we could amend the current income tax system to provide members with some form of credit or look to provide a “bonus” into their pension of the amount they should have received in tax relief.

Net pay and relief at source

Employers and their pension providers have two options when handling pension tax relief for staff.

Net pay means workers contribute directly into their pension before their tax bill is calculated, so their pension tax relief is already included and there is no need to claim it from HMRC.

Under relief at source the pension provider claims the income tax relief directly from HMRC and adds it to each worker’s pension.

‘What is clear is that this won’t get better by itself. The planned rise in auto enrolment minimum contributions to 5 per cent in 2019 means that crucial steps need to be taken now to correct a system that is currently penalising the country’s lowest earners by preventing them from receiving the tax relief to which they are entitled.’

Tom Selby, senior analyst at AJ Bell, said: ‘Low earning workers in net pay schemes are victims of an anomaly in the rules which means they miss out on the tax relief they are due.

‘This is because tax relief is granted at a saver’s marginal rate of income tax. Where someone’s contribution is taken from their net pay and that pay is less than £11,850 (i.e. below the basic-rate tax threshold) they effectively get no tax relief at all.

‘If the same saver was paying into a relief at source scheme, a 25 per cent bonus would automatically be added by their provider.

‘Denying the lowest earning savers the tax relief they are due is clearly wrong and the Government is right to consider solutions to deal with this specific problem.

‘By raising the issue of pension tax relief reform, however, Baroness Buscombe will inevitably inflame concerns more radical changes could be pursued. Given the £20 billion funding promise to the NHS made by the Prime Minister early this month, many now fear retirement savings incentives will be caught in the crossfire.

‘While radical ideas such as introducing a flat-rate of tax relief for all have been backed by a number of commentators and think-tanks – and in theory could ensure those in net pay schemes don’t miss out – nobody has clearly articulated how such a system would work in practice.

‘Given the sensitive stage we are currently at with automatic enrolment, it is essential any changes to pension tax relief are motivated by encouraging more people to save for retirement, rather than attempting to plug a funding hole in a different area of Government spending.’

What did Baroness Buscombe say about the low paid missing out on pension top-ups?

The DWP spokeswoman said: ‘I turn now to the net payment arrangements versus relief at source. Pensions tax relief is a matter for Her Majesty’s Treasury.

‘The Government recognise the different impacts on pension contributions for workers earning below the personal allowance, but to date it has not been possible to identify any straightforward or proportionate means to align the effects of the net pay and relief at source mechanisms more closely for this population.

‘However, alongside further work on the auto enrolment changes outlined in the review, the Government will examine the processes for payment of pensions tax relief for individuals to explore the current difference in treatment to ensure that we can make the most of any new opportunities that emerge, balancing simplicity, fairness and practicality while engaging with stakeholders to seek their views.

‘It is important that employers are free to choose a scheme that best suits the needs of their businesses and workers.’