Green energy deals can be among the cheapest

A third of households would not switch to a green energy tariff because they believe it would push up the cost of their energy bills, new research has revealed.

While a quarter of households say they don’t know enough about green energy providers to switch to one.

This is despite 62 per cent saying they know what renewable energy is and 92 per cent being familiar with how solar energy works. 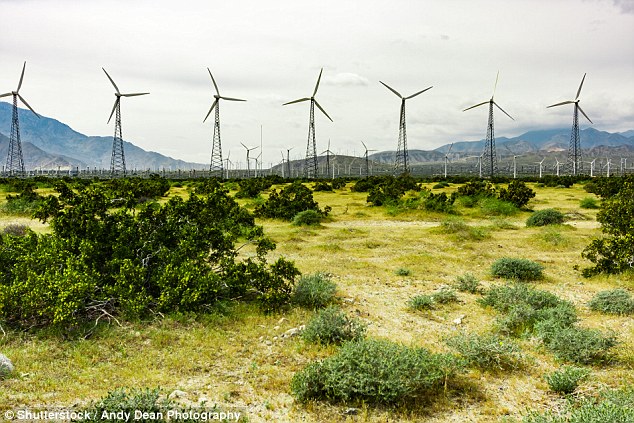 Green power: Two thirds of Britons say they know what renewable energy is and how it works

The UK has legally committed to reducing its carbon emissions by 57 per cent by 2030, yet this new research shows a big information gap when it comes to renewable energy providers.

When asked, 40 per cent of people said the cost associated with green energy tariffs was the main reason they wouldn’t switch to one and 24 per cent said higher bills were their main concern with renewable energy.

Yet in the survey, from comparison website MoneySuperMarket, of those who had switched to a green tariff, 44 per cent had done so in order to save money on their energy bills.

The 2,005 people surveyed were also asked what other concerns they had with green energy providers. 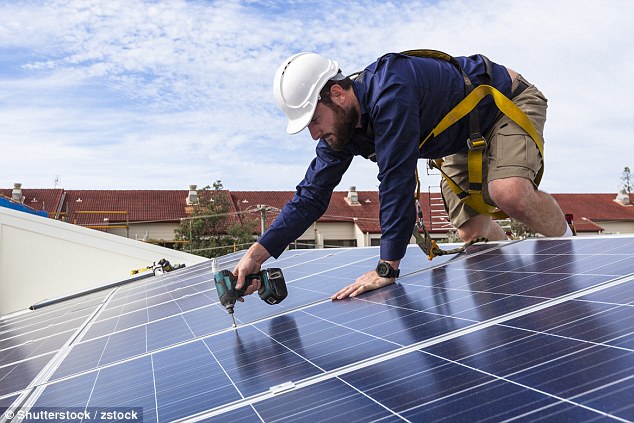 Stephen Murray, energy expert at MoneySuperMarket, commented: ‘Price is the main concern for UK consumers, so it’s no surprise that our survey found the primary barrier to switching to a green tariff is that they haven’t been amongst the cheapest. But that’s beginning to change.

‘Affordable green energy is now the domain of the smaller suppliers, who are beating the more established providers hands down. In fact, we’ve seen on a number of occasions that the cheapest switchable tariff on MoneySuperMarket has been 100 per cent renewable energy. Green energy is becoming a positive choice that isn’t restricted by price.’

Today’s research suggests there is still a lot of misunderstanding when it comes to green tariffs.

Juliet Davenport, CEO and Founder of Good Energy, commented: ‘All recent research shows that UK consumers are overwhelmingly supportive of renewable energy, but that isn’t converting into people switching to green tariffs in the numbers you might expect.

‘As MoneySuperMarket’s research shows, a big barrier is the lack of understanding of what renewable energy actually means. People know what a wind turbine or solar panel is, but our own recent research found 52 per cent of people expect a green tariff to mean their supplier will send electricity direct from these renewable sources to their homes, showing a major lack of understanding of how green tariffs or the National Grid works.

‘This problem isn’t helped by a number of suppliers offering cheap greenwashed tariffs which do effectively nothing to encourage more renewable electricity generation, by purchasing low cost renewable energy certificates but not the power they relate to, in order to label their brown power ‘green’.

‘We have seen a big surge of interest in the green energy market in the last two to three years, which is great, but it’s so important that people know what they’re buying and investing in. Consumers actively choosing a green tariff do so because they want to be part of less polluted world, and a cleaner greener future.’

What is green energy?

One of the main reasons people are confused about renewable energy tariffs is because some are a lot greener than others.

By law, energy firms have to reveal the details of their fuel mix, so you can see if the electricity is 100 per cent renewable.

Some firms also how the overall carbon content of their electricity while others may siphon off some profits for future renewable energy projects.

When it comes to gas, however, it’s extremely hard to get ‘green’ gas. While some suppliers offer greener gas – it is usually only a very tiny part of the overall make-up of the fuel.

To make sure an energy provider has green credentials, Ofgem, the energy regulator has a Green Energy Certification Scheme. Energy firms are voluntarily checked and audited to officially certify its service as green.

For a full explanation of green energy, and a list of suppliers and tariffs on the market, see our guide; What is green energy and is it time to switch? How to track down a supplier offering deals that don’t burn fossil fuels.