Greggs has seen its share price slump by 18 per cent as investors fled the stock after the sandwich and pasty retailer admitted it suffered sluggish spring sales due to bad weather.

The retailer said ‘weak customer footfall’ hit its sales over the March and April period, meaning it remained ‘cautious’ about its sales outlook for the rest of the year.

With concerns over future sales and footfall, Greggs said it now expected its full-year underlying profits to remain broadly flat on a year ago rather than a previously flagged improvement. 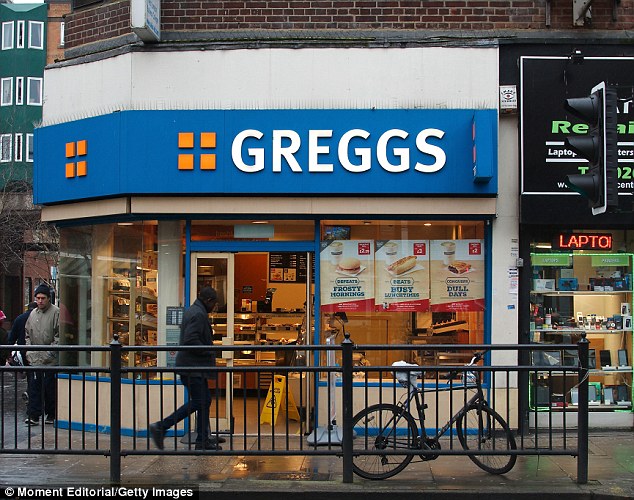 Tumbling down: Shares in Greggs have fallen nearly 20 per cent this morning

The high-street bakery group said the severe weather in March and April compounded general weaker trading conditions seen in early spring, with demand for its food-to-go range hit as it was forced to close shops in certain areas.

The group said: ‘The combination of these factors, along with our strong comparative performance in the same period of 2017, has made fora challenging trading environment throughout March and April.’

It added: ‘Taking into account trading conditions in the year to date, and our more cautious outlook, we currently believe that underlying profits for the year are likely to be at a similar level to last year.’

In the first 18 weeks of the year, Greggs saw like-for-like sales slow to 1.3 per cent, down from 3.5 per cent a year earlier. 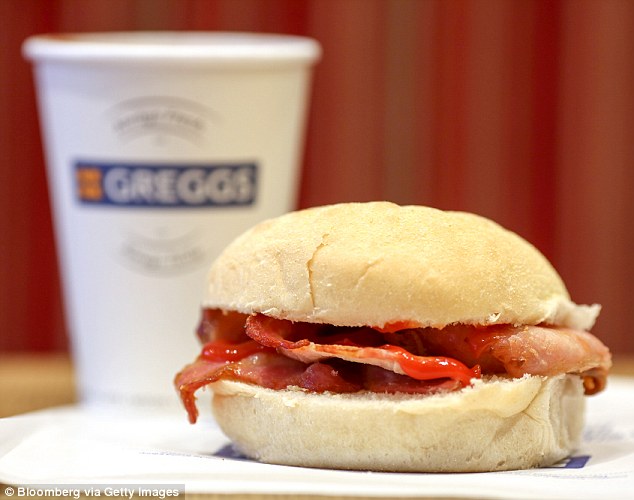 Results: In the first 18 weeks of the year, Greggs saw like-for-like sales slow to 1.3 per cent

While total sales increased by 4.7 per cent over the period, this was down on the 7.4 per cent growth seen a year ago.

During the first 18 weeks of the year, Greggs closed 12 shops and opened 41 new ones.

The group has made hefty investments into its supply sites, with work underway on such sites in Leeds, Newcastle and Manchester.

The retailer said customers were still enjoying its £2 breakfast offering, while sales of healthier options ‘continue to grow.’

Across the UK, Greggs currently has 1,900 stores. 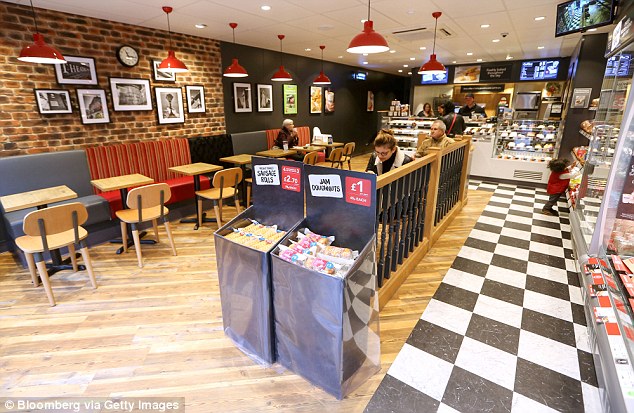 Stores: During the first 18 weeks of the year, Greggs closed 12 shops and opened 41 new ones