Growth lag in economy cuts chance of rate rise in May

Flatlining economic growth continued into April, the CBI has said.

The business body’s survey of private sector activity, published today, shows that the number of companies reporting a rise in activity in the three months to April was only marginally higher than those reporting a fall.

The weak data will further reduce the likelihood of a May rate hike, which markets had been expecting. 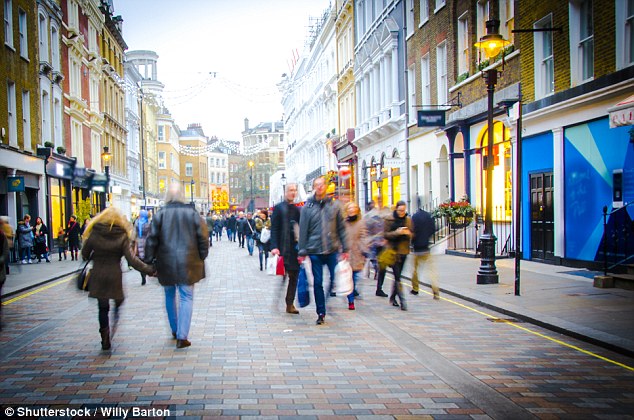 Falling sales: Consumers are set to remain under pressure from anaemic wage growth and elevated inflation

Rain Newton-Smith, CBI Chief Economist, said: ‘UK private sector growth came to a near standstill at the start of the second quarter, with retailers and other consumer-facing firms reporting a fall in sales volumes.

Consumers are set to remain under pressure from anaemic wage growth and elevated inflation.

‘While growth is expected to pick up, for the UK to catch up with the global recovery, we really need to solve the UK’s sluggish productivity.

Companies can learn from each other and lead their teams in adopting readily available technologies and management practices, to get to grips with this deep-seated problem.’

The slowdown was driven by consumer services, which reported declining activity.