Car parts and bike retailer Halfords is bringing in a new finance chief from Waitrose to replace the outgoing Jonny Mason.

Loraine Woodhouse, who has been finance director at Waitrose since 2015, will take the post of chief financial officer at Halfords at the beginning of November.

Her appointment comes as Halfords, which sells car parts, motoring equipment and bikes which are mostly made overseas, warned on profits in May as higher costs linked to a weaker pound have dented margins. 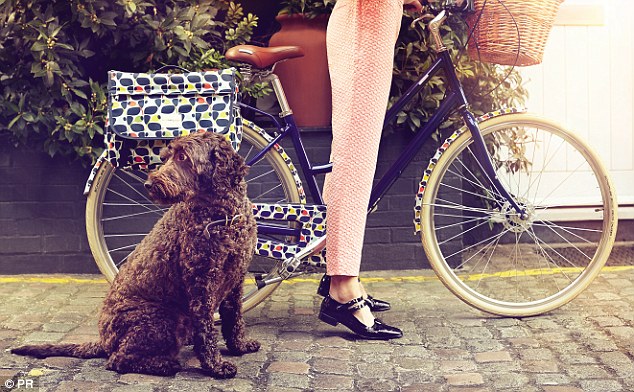 New boss: Loraine Woodhouse will be the new chief financial officer of Halfords

Woodhouse has also held finance director roles at Hobbs, Costa Coffee and Intu and has experience in finance and investor relations at B&Q owner Kingfisher.

Halfords chief executive Graham Stapleton, who took over from Jill McDonald in January, said he is ‘delighted’ by her appointment.

And he added: ‘She has extensive finance leadership within service-based retail and will be a great addition to the senior team.

‘I would also like to take this opportunity to thank Jonny Mason and to wish him every success in the future.’

Mason, who has been Halfords’ chief financial officer since October 2015, is going to electricals retailer Dixons Carphone.

Halfords annual pre-tax profits fell 6 per cent to £67.1million in the year to the end of March after incurring £25million in additional costs because of the pound’s devaluation against the US dollar.

Shares in the group rose 1.5 per cent to 360p in morning trading.