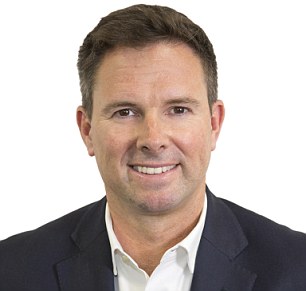 Bike retailer Halfords has handed its chief executive more than £1.8million for just 75 days in the job.

It awarded new boss Graham Stapleton the bumper pay package which included £1.6million for the bonus he forfeited when leaving Dixons Carphone.

It means he earned roughly £24,000 a day – around what the average worker earns all year.

His pay covers the period from when he joined the business on January 15 to March 30, the end of Halfords’ financial year.

The remainder was made up of other benefits.

A spokesman for Halfords said: ‘The balance of his remuneration comprised a one-off award of £1.6million in relation to payments he forfeited when he left Dixons Carphone.’