The volatile monthly swing in the bank’s long-running property index equated to £7,140 being wiped off the price put on the average home.

Halifax said the average UK home cost £220,962 in April – up 2.2 per cent on a year ago, as house price inflation continued to ease from the recent peak of 4.5 per cent seen last October. 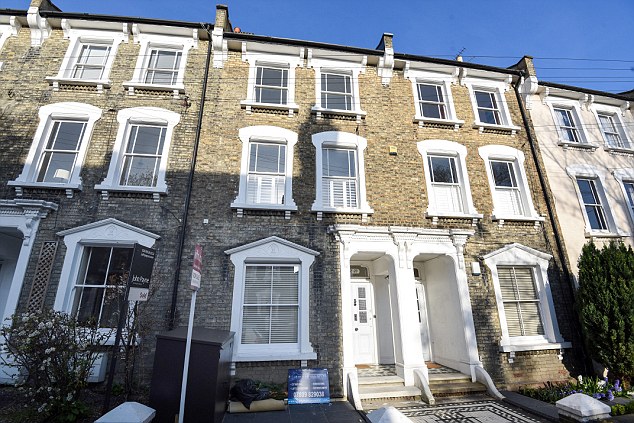 April’s decline was the biggest monthly fall since September 2010, but highlighting the volatility of monthly figures it followed a 1.6 per cent rise in March.

The quarterly and annual growth rates also eased, pointing to a slowdown in the housing market.

House prices in the latest quarter fell by 0.1 per cent compared to the three months between November and January – the third consecutive fall on this measure.

Halifax’s managing director Russell Galley said: ‘Both the quarterly and annual rates have fallen since reaching a recent peak last autumn, with these measures providing a more stable indication of the underlying trend than the monthly change.’

‘Housing demand has softened in the early months of 2018, with both mortgage approvals and completed home sales edging down. Housing supply – as measured by the stock of homes for sale and new instructions – is also still very low.’

However, he maintained that house prices would not fall annually in the near future, with growth hovering between no growth and 3 per cent this year thanks to a ‘strong’ labour market.

Halifax’s monthly figure contrasted with rival lender Nationwide’s, which reported a 0.2 per cent rise in April, although both broadly agree on annual house price inflation, with Nationwide putting this at 2.6 per cent. 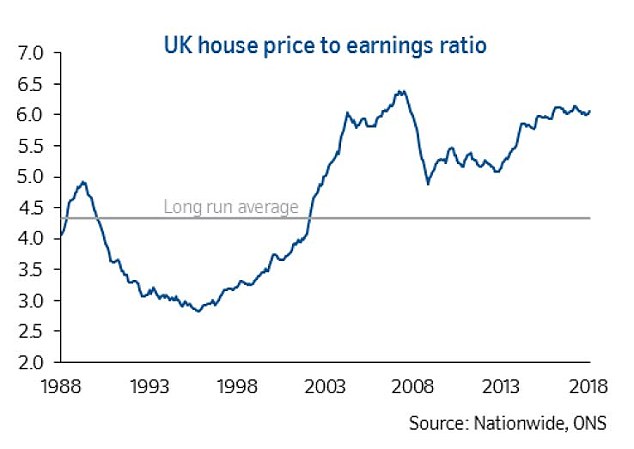 Optimism in the housing market remains at five year low, echoing the subdued house price growth and activity levels since the end of last year, according to separate recent data by Halifax.

This is in spite of the majority of Britons believing house prices will increase over the next 12 months, according to the data, with fewer people predicting a fall in house prices compared with six months ago.

Lucy Pendleton, founder director of independent estate agents James Pendleton, said: ‘This sudden batting collapse in the monthly figures has knocked more than £7,000 off the price of the average home as the market continues to be starved of life.

‘It’s true that monthly figures are more volatile but you mustn’t ignore the body of evidence that surrounds them either.

‘We’ve now witnessed three consecutive falls in the quarterly figures, the amount of new consumer borrowing quite literally collapsed in March in an ominous sign of tightening purse strings, home sales are at a two-year low and the number of new instructions has fallen for the 25th month in a row.

‘Whether or not this is a market being pulled in different directions remains to be seen. Short-term volatility can be ignored to a certain extent, but less so when it confirms what a great many other indicators are telling you.’

How expensive are homes?

Buying the average home in England and Wales would cost a full-time worker 7.8 times their salary, official figures revealed recently.

In 1997, the average home in England and Wales cost 3.55 times earnings – making it less than half as expensive as it is now.

You can check how house prices compare to wages near you, using the map below.

Reflecting on the Halifax figures, Brian Murphy, head of lending for Mortgage Advice Bureau said that despite the monthly decline, the data appeared to indicate that prices are performing within market forecasts for 2018.

He said: ‘Whilst April was a tricky month for many agents between the early Easter holidays and the late bout of wintry weather hampering viewings, overall transactions levels are still ticking over.’

‘Of course, many eyes will be on the MPC meeting minutes this Thursday, with what was previously a racing certainty in terms of an interest rate increase now considered to be more of an outside chance by many commentators.

‘However, one must remember that earlier in April prior to the lower than anticipated inflation figure being announced, sentiment was very much that of an increase which of course may have influenced consumer thinking.

Between that and the snow showers, it’s no surprise that the anticipated ‘Spring surge’ didn’t materialise.

‘With two Bank Holidays in May, it will be interesting to see if the sunshine tempts both buyers and sellers back into action this month, as an influx of new listings is very much required in many areas in order to stop the market stagnating further.’