The rise in the prices of flats has outpaced all other types of property during the past five years, a report revealed today. 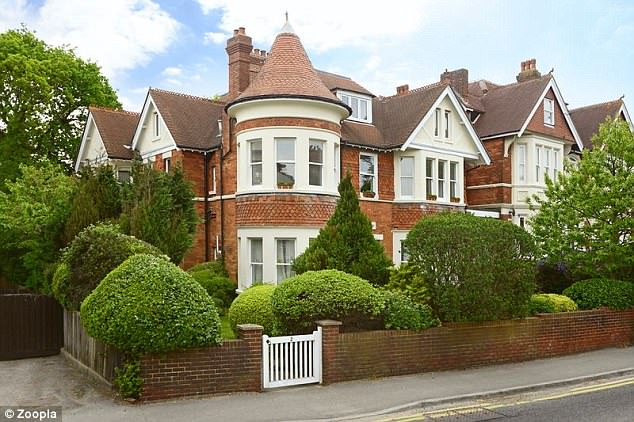 The average value of a flat has risen to £230,000, which is the asking price of this two-bedroom flat in Bournemouth, Dorset.

It means that flats have increased in value by 48 per cent in the period.

But flats remain a less popular choice of abode, accounting for only 15 per cent of all home sales. Six in every 10 property sales last year being either terraced or semi-detached properties.

The rise in flat prices suggests that fewer households can afford larger homes and are being forced to consider flats instead. 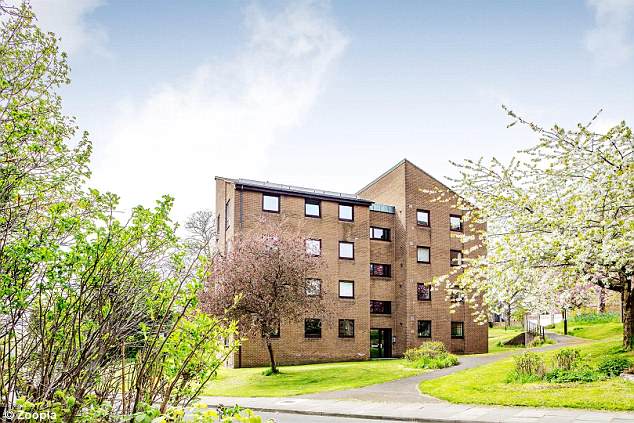 Cheaper average flat prices are found in the north, with this two-bedroom property in Sandyford, Newcastle Upon Tyne, being sold for £117,000

James Cameron, director of online estate agency Vesper Homes, said: ‘Prices of flats have surged on the back of huge demand with buyers often finding themselves competing with buy-to-let investors.

‘Terraced houses and detached properties, on the other hand, are typically for couples wanting to start a family and buyers upsizing.

‘The price of flats will continue to rise faster than houses for this reason. However, with many issues surrounding buying a flat (such as leasehold disputes, ground rent and escalating service charges) we have seen even seasoned property owners start to opt for houses as that gives them the freehold.’ 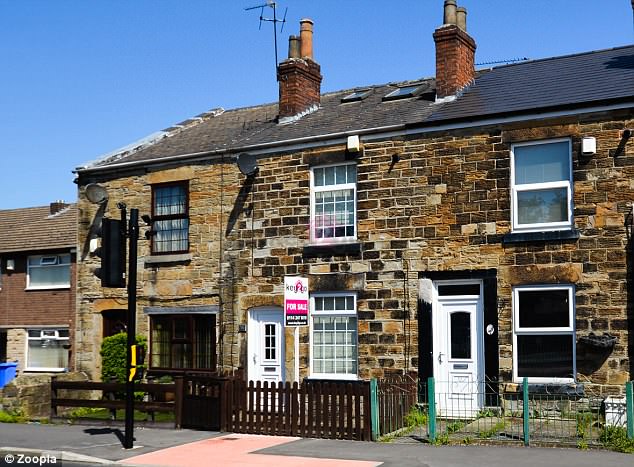 Average terrace prices tend to be higher, but it depends on the location as this three-bedroom version in Handsworth, Sheffield, is being sold for £140,000

The research found that all other types of property have increased in value by 39 per cent.

Terraced homes have seen average prices rise by £60,482 or 41 per cent, which is the second largest increase in percentage terms since 2013.

Detached properties saw an average increase of £73,638, although this is the small rise in percentage terms at 27 per cent.

Terraced properties remain the most popular type among first-time buyers – although the proportion of sales has cooled slightly in the past five years from 40 per cent to 37 per cent.

At the same time, the popularity of detached properties has increased from 6 per cent to 8 per cent. 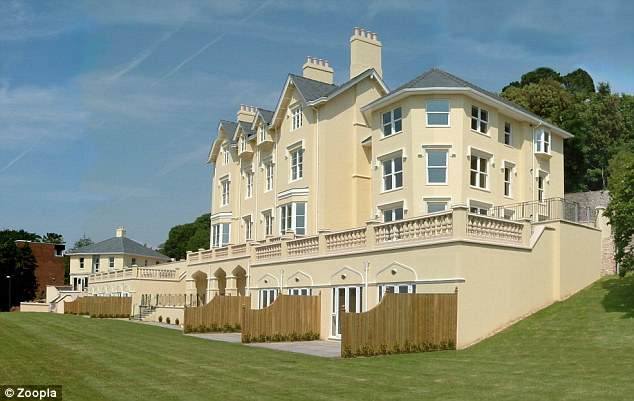 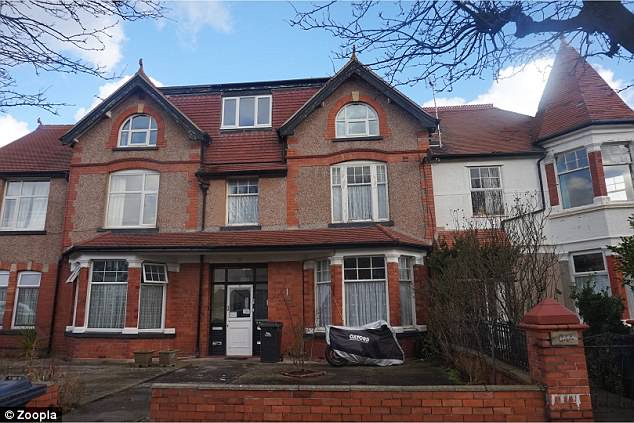 This two-bedroom flat in Llandudno, Wales, has an asking price of £120,000

For buyers looking to buy a home below the lowest stamp duty threshold of £125,000, there is only one place to go, according to the research. It pin-pointed the north of England, where terraces cost £116,740.

It is in sharp contrast to five years ago when seven regions had the average price for a terraced home below £125,000. 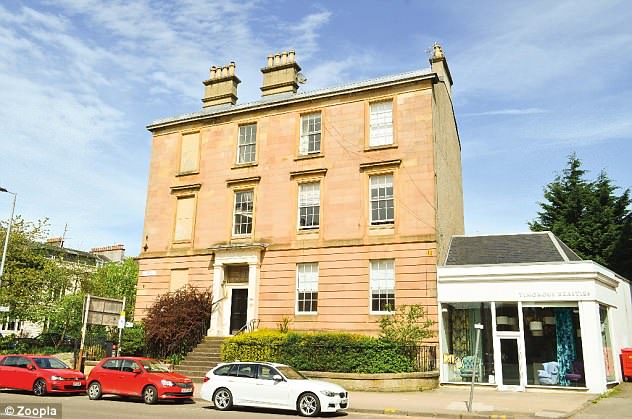 There is a one-bedroom flat available in this block in Scotland’s Glasgow for £120,000 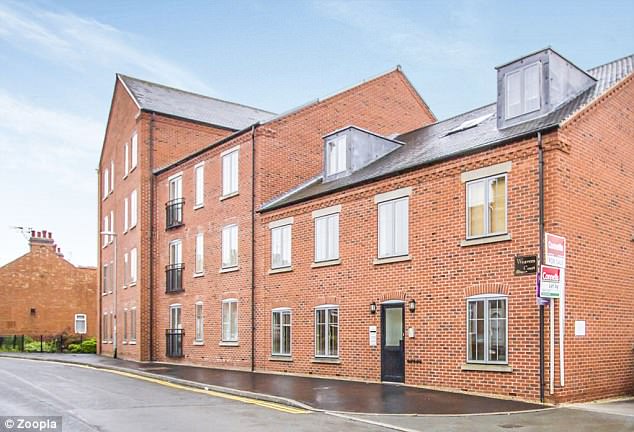 This two-bedroom flat in Hinckley, Leicestershire, is on the market for £120,000

Russell Gallery, managing director at Halifax, said: ‘Although flats have recorded greater price gains over the past five years than any other property type, semi-detached and terrace homes have remained the most popular choices for buyers.

‘More than a third of a first-time buyers are still choosing terraced homes as they first step on to the property ladder, but we’re starting to see more of them choose detached houses, as the number has crept up in recent years.’

Flat prices in London have more than doubled in the past five years, contributing significantly to the national increase. 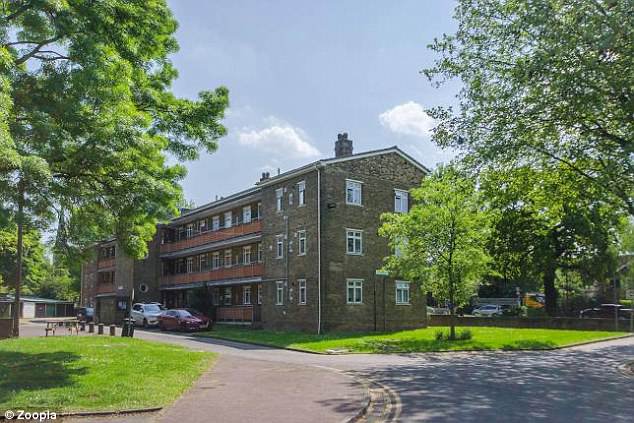 In spite of rise in value, the popularity of flats appears to be waning across the country as they are the best performing property in only two out of 11 regions – the North West at 51 per cent and the South East at 50 per cent.

The South West is the only region where detached properties achieve the best price performance.