A peaceful corner of Hampshire has been crowned the best place to live in Britain.

The district of Hart, which includes the town of Fleet, was given the title after scoring highly on several factors. These included health and life expectancy, earnings, employment, a low crime rate and relatively good weather.

Southern England dominates the annual top 50 list published by Halifax, securing 35 of the 50 places – with 17 in the South East, nine in the East of England, five in the South West and four in London. 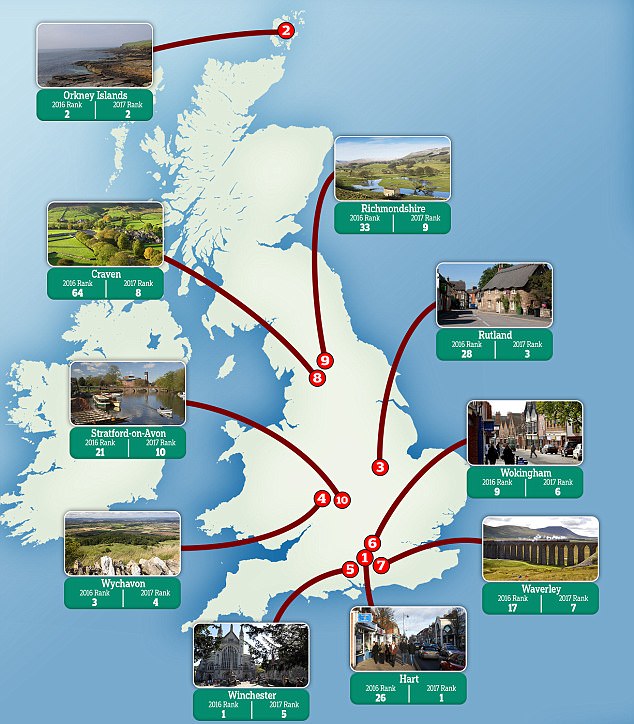 This graphic shows the top 10 places to live in Britain, according to research by Halifax 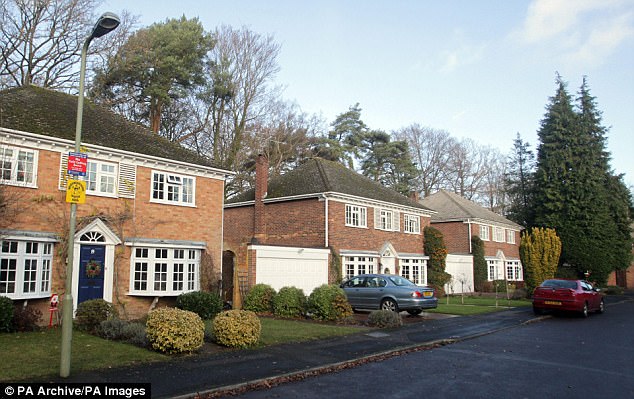 Hart in Hampshire has been named the best place to live in Britain, according to Halifax

These include Wokingham in sixth place, Waverley in seventh, Uttlesford in eleventh, Westminster in thirteenth, South Oxfordshire in fourteenth, St Albans in fifteenth and Chiltern in nineteenth.

The Orkney Islands in Scotland took second place, followed by Rutland in the East Midlands, Wychavon in Worcestershire – and last year’s winner Winchester in fifth place. 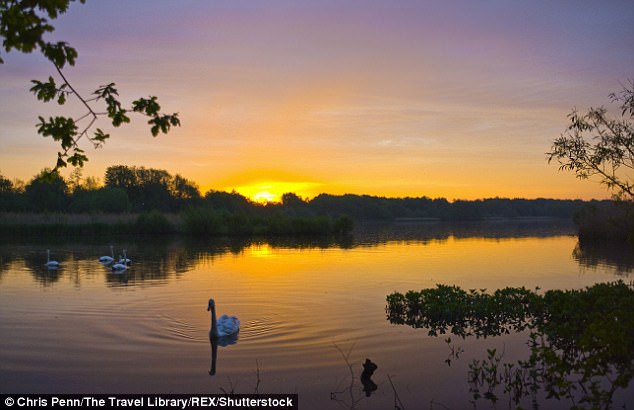 Picturesque: Fleet in Hampshire topped the list of best places to live in Britain (Pictured: Fleet Pond in Fleet) 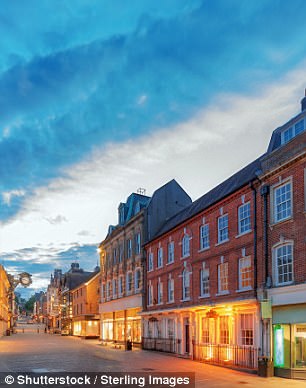 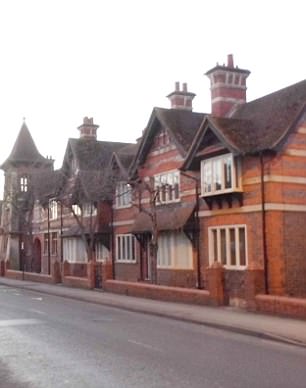 The historic city of Winchester, left, has dropped from the top spot to fifth place this year, while Wokingham, right is sixth

There is a clear distinction in key strengths between areas in the South and the North.

Those in the South have high employment and earnings, along with long life expectancy, while those in the North have better housing affordability, low traffic levels and crime rates. They also have fewer people per square kilometre.

The four least populated areas are all in Scotland, with the Western Isles and Highlands sharing the top spot with just nine people per square kilometre, followed by Argle & Bute (with 13 people per sq km), the Shetland Islands (16) and the Orkney Islands (22).

By contrast, the most populated areas per square kilometre are all in London with Islington in the top spot with 15,524 people per sq km. The UK average is 271.

The Western Isles in Scotland has the lowest burglary rate per 10,000 people at 2.2. The national average is 29. 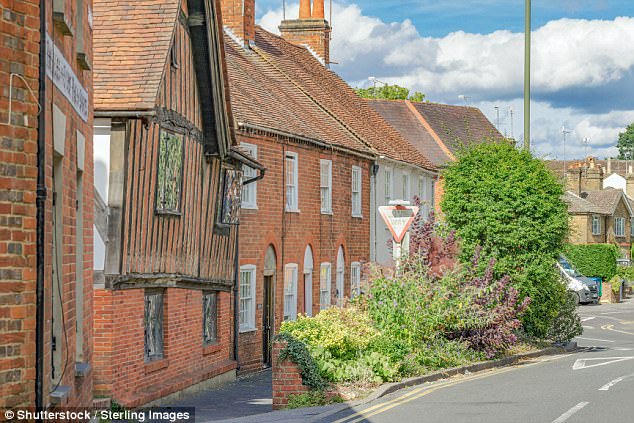 People living in Kensington & Chelsea have the highest average weekly earnings in the study at £1,566 per week, followed by Westminister at £1,166 per week. It compares to a UK average of £655 a week.

The highest employment is in The Orkneys at 87 per cent, followed by Stroud at 85.9 per cent and the Shetland Islands at 85.5 per cent. 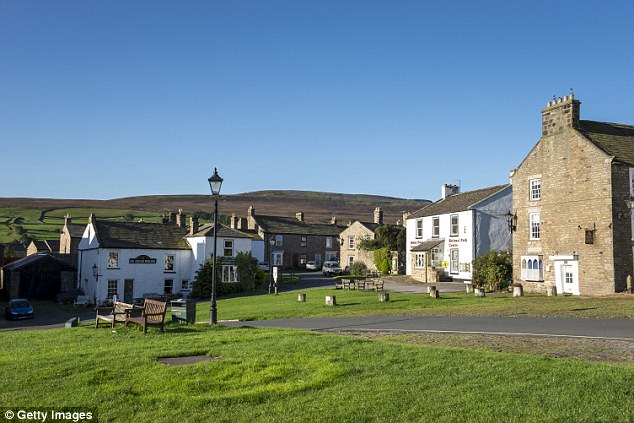 Fifteen of the top 50 places to live are in Yorkshire, according to Halifax

Hart has come out top in five out of the past six years in the Halifax Quality of Life Survey.

However, living in an area with such a good quality of life comes at a price, with the average value of a property in Hart reaching £419,231. This is 8.8 times the average annual pre-tax local income.

More than nine in 10 (97 per cent) residents there report good or fairly good health and it has the longest average female life expectancy in the UK of 86.7 years, and the third longest for males (82.5 years), the report found.

Hart residents enjoy 32.5 hours per week of sunshine, against the national average of 29.7 hours.

‘Along with Hart, many areas in southern England score strongly in categories including the labour markets and health.

‘Northern areas tend to perform well on education and benefit from more affordable properties with lower house prices to earnings.’ 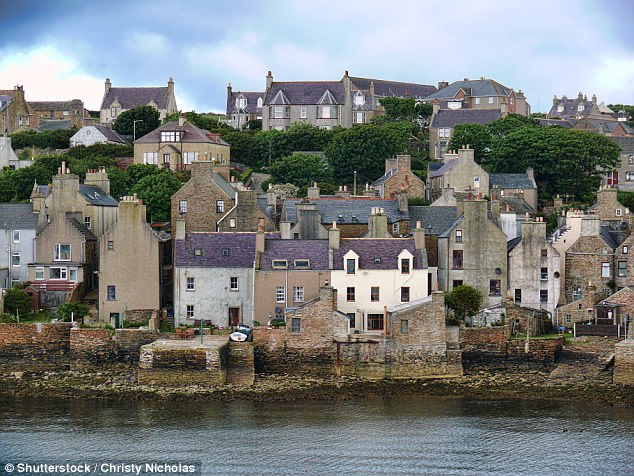 The survey identified Scotland has having the four least populated areas (Pictured: Stromness in Orkney, which was ranked at number two)

The study found that no area in the top 250 in the country has an average house price to earnings ratio that is below the UK historical long-term average of four. The only one that equals that figure is Copeland.

The biggest homes are in Uttlesford in Essex, Chiltern, South Buckinghamshire and Rutland, which all have an average of 6.4 habitable rooms.

The smallest homes are in the City of London, Tower Hamlets and Westminster, which all have less than 4 habitable rooms. The average number of habitable rooms in the UK is 5.5.