HAMISH MCRAE: Brexit masks deeper problems from how to save for retirement to NHS funding

If you are truly fed up with the endless debate about Brexit, read on. Lord King – Mervyn King, former Governor of the Bank of England – hit the headlines with the comment that the Government’s preparations for Brexit had been incompetent.

Details were released of a BBC programme on the ten years since the economic crisis, to be aired this week. In the interview he said it ‘beggared belief’ that the world’s sixth-biggest economy should be talking of stockpiling food and medicines.

He said that ‘a government that cannot take action to prevent some of these catastrophic outcomes illustrates a whole lack of preparation’. 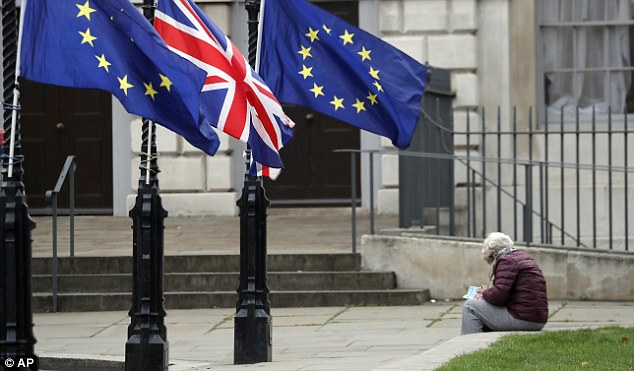 Lord King – Mervyn King, former Governor of the Bank of England – hit the headlines with the comment that the Government’s preparations for Brexit had been incompetent

He is right, of course. Whatever your view on Brexit, and he is a leaver, the preparations have been dire. But actually embedded in the interview was something much more important. He said that there were really big issues facing the economy that were being neglected.

These, he explained, included how to get people to save more, including how to save for retirement, how to save for and finance the NHS, and how to save enough to provide care for the elderly. All these issues were evident before the Lehman crash, let alone Brexit. Successive governments have, if anything, made matters worse.

For example, the company pensions crisis was exacerbated by Gordon Brown’s tax raid when he came into office, and all the fiddling around with pensions taxation has subsequently undermined the system. The failure to accept the Dilnot Commission’s report in 2011 on funding social care has kicked that problem further down the line. I would add the other huge issues facing the economies of the West.

How do we adapt to a world economy when China, around 2030, passes the US in size? How do we train people to adapt when Artificial Intelligence takes over many jobs? Why have Britain and Europe failed to develop high-tech giants to challenge the US and increasingly China? Most brutally, we have to ask what is our competitive advantage in the West? 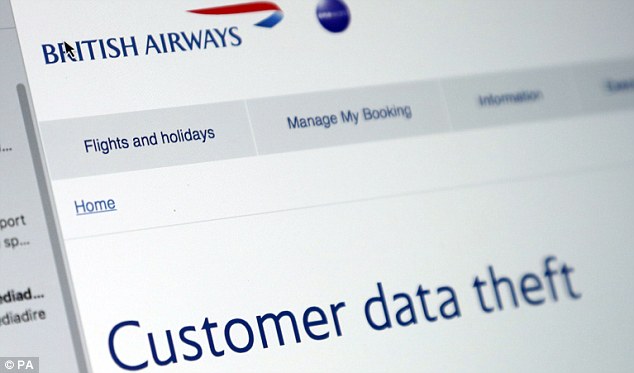 Along with another 380,000 people , Hamish McRae said he received ‘the grovelling email from Alex Cruz, the chairman and chief executive of British Airways, about customers’ data being ‘compromised”

Finally, broadening Mervyn King’s point, there is the whole question of the world’s addiction to debt, which still looms large ten years on from the credit crunch. How do we deal with all the dangers that carries at an international level? And at a personal level, how do we teach people to manage their financial affairs wisely? Huge questions indeed. Please, when this Brexit business has settled down, let’s think about them instead.

We are not exactly an exclusive club. Along with another 380,000 people I received the grovelling email from Alex Cruz, the chairman and chief executive of British Airways, about customers’ data being ‘compromised’.

If you ring them up you get a similar statement, though voiced not by Mr Cruz but by a youngish-sounding female. He did, however, go on the radio to explain that it was not their encryption that had failed; it was something else, though quite what is not clear. The markets took their cue and knocked 3 per cent off the share price.

Computer disasters are part and parcel of corporate life, and BA has had its share. In May last year, it had its worst ever disruption, and there was a further glitch this July. Sometimes they are bad enough to unseat the chief executive, as in the case of TSB. Sometimes the management survives and we’ll see what happens to Mr Cruz.

The real charge against him is not that he has presided over two serious screw-ups. Rather it is that he does not have an intuitive feeling for what used to make BA special. His experience has been with American Airlines, and the Spanish budget airline, Clickair, which then merged with Vueling and under the Vueling livery is now part of IAG, holding company for BA. BA still produces the lion’s share of IAG profits, but is deeply vulnerable to the attack that it no longer offers premium-brand value for the extra it charges.

Mr Cruz has the decency to acknowledge there is a problem. In an interview with The Mail on Sunday in January he admitted: ‘There were a few days last year that were bad so it had an impact on our reputation.’ He added optimistically: ‘This year, I think, is the year we sort ourselves out.’