HAMISH MCRAE: Gale blowing through the High Street but it is also blowing though property services

Anyone who has bought, sold or rented a house in the past 20 years has had a fair chance of dealing with Countrywide or one of its other brands – Hamptons, John D Wood and so on.

It is the UK’s largest estate agency group. But this is one of those cases where scale does not automatically generate success. Its shares fell nearly 30 per cent yesterday – huge, even in these nervous, volatile days.

Three things have gone wrong. First, the UK housing market has eased back a bit, with volumes suffering more than prices, as they always do at this stage of the cycle. 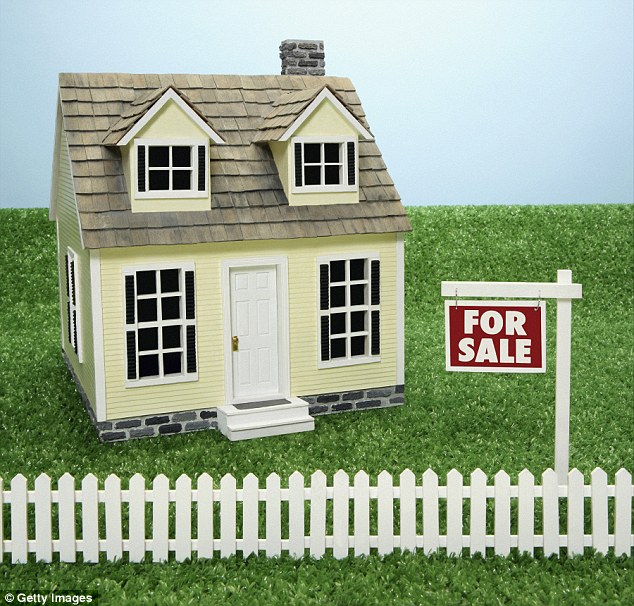 On the market: There will always be some role for conventional selling and letting agents

Second, this seems to be a case of classic mismanagement, where a board thinks everything is hunky-dory, boasts about all the awards it is winning, and gives upbeat statements to shareholders – until suddenly everything goes to pot.

Third, and this is surely the most interesting reason, there is the onslaught from online.

We know a gale is blowing through the High Street. It is also blowing though property services. Take Zoopla. The online property search engine – part-owned by the Daily Mail and General Trust – is being sold to a US private equity group. It was founded in 2008. The price, announced last month, was £2.2bn. Or take Purplebricks, an online agent founded in 2012, which is worth £960m and peaked at £1.5 billion last July.

By contrast, some of the constituent parts of Countrywide go back more than a century. In 2014 the group was valued at £1.6 billion. Yesterday it was worth £131m.

Some services will never go fully online. The top end is secure. Those with several million to spend are not going to faff about with websites. They will get someone to hunt down suitable properties and grab them before they go on to the market.

Advisers that prepare homes for sale will always be in demand. There will always be some role for conventional selling and letting agents, people who know a local market and know how to sell it. But it will be a smaller pool, and a tougher one.

It is always a relief when central bankers speak in straightforward language, rather than their usual convoluted guff.

So it was good to be reminded of the views of Agustin Carstens on crypto-currencies.

He is general manager of the Bank for International Settlements, the central bankers’ bank based in Basel, whose annual report this weekend repeated his views expressed back in February. Bitcoin, he said, was ‘a combination of a bubble, a Ponzi scheme and an environmental disaster’ – the last point being a reference to the fact that creating and driving bitcoin uses about as much electric power as Ireland.

Trenchant words, but would you have made or lost money by heeding the advice?

That depends on your timing. When he spoke on February 6, bitcoin was $7,700. Now it is around $6,300. So overall it would have been wise to follow his advice. But in the meantime it did peak at over $11,400 in March, so if you had been nimble you could still have made money. One thing is for sure. This is not a currency, able to perform the functions of unit of account, medium of exchange, and store of value. It is an asset class and a pretty flaky one.

Thinking of asset classes, I have just received, courtesy of the Bristol Owners Club, the Knight Frank Wealth Report update on cars, which shows that the best luxury asset to own over the past ten years has indeed been classic cars.

But they have to be the right sort of classic car, as no less than 60 per cent of the cars sold at auction for more than $5m have been Ferraris. The most expensive car it lists was a 1962 Ferrari 250 GTO at $38.1m, but actually that record has just been beaten.

Apparently what makes it so unusual is that out of the 36 models made, this one has been raced – it came fourth at Le Mans – but never crashed. Most of them, it seems, have been.

More fun than owning bitcoins, but you’d want to be careful using it for the weekly shop at Tesco.