Has YOUR bank raised returns? Not a single new best buy easy-access deal has been launched

Has YOUR bank raised returns? Not a single new best buy easy-access deal has been launched despite Bank rate rise

Savers hoping the base rate rise would lead to a flood of new best buys have been sorely disappointed.

Almost two weeks after the Bank of England increased the base rate from 0.5 per cent to 0.75 per cent, not a single new best buy easy-access deal has been launched.

The top easy-access account remains at 1.31 per cent from Paragon Bank or 1.4 per cent from Coventry BS for those willing to limit the number of withdrawals to earn a better rate. 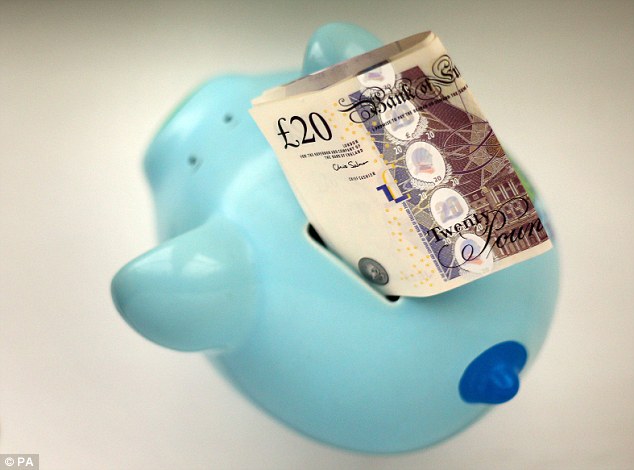 Most big banks have passed on less than the 0.25 percentage point rate

As we reveal here, big banks don’t have to tell savers how much extra they can expect.

And even with those that have, the rises are so miserly, they have done nothing to improve the picture for savers shopping around for the best deals.

Most big banks have passed on less than the 0.25 percentage point rate to those in their popular accounts.

Many savers won’t see any rise; others will earn just 0.03 points extra — that’s 30p on each £1,000 in your account. Those in Co-op Bank’s Britannia Flexible Saver and Britannia Cash Isa will see an extra 0.03 points to earn a lousy 0.13 per cent.

TSB’s easy-access eSavings, Easy Saver, and Cash Isa will get an extra 0.1 with a rate of 0.3 per cent.

Its Everyday Saver, Isa Saver, Inheritance Isa and Easy Isa will earn only an extra 0.1, bringing their rate to between 0.2 per cent and 0.6 per cent, depending on the balance.

Similarly, for new customers, Halifax Isa Saver Variable goes up to 0.6 per cent, but it has yet to say how much those moved to its Instant Isa Saver (currently at 0.2 per cent) will earn.

NatWest will pass on just 0.1 point on its Instant Saver and Cash Isa, paying as little as 0.2 per cent.

Some Nationwide savers will see no rise if they have less than £10,000 in their account and earn just 0.1 per cent. Coventry BS will pass on the full 0.25 to some savers and has withdrawn one of its top-paying accounts. Others will see 0.15 points extra, 0.1, or nothing at all.

Skipton’s Super Tracker and Super Tracker Cash Isa go up to 1.27 per cent from tomorrow. It guarantees to pay 0.52 points above base rate until June 30, 2020, but you are limited to making two withdrawals a year. The society will raise rates on all its accounts currently on sale by 0.25 points.

Beverley BS and Monmouthshire BS are playing fair and will pass on the full 0.25-point rise to all their savers.