A vulture fund that targeted the £14 billion deal to create a steel powerhouse which includes the plant in Port Talbot looks set to get its way.

Elliott, run by tycoon Paul Singer, had made demands over the merger of Tata Steel, which took over many of the assets from British Steel, and German-owned Thyssenkrupp after building a stake in the latter.

The two companies had been planning to combine their European assets into a global giant. 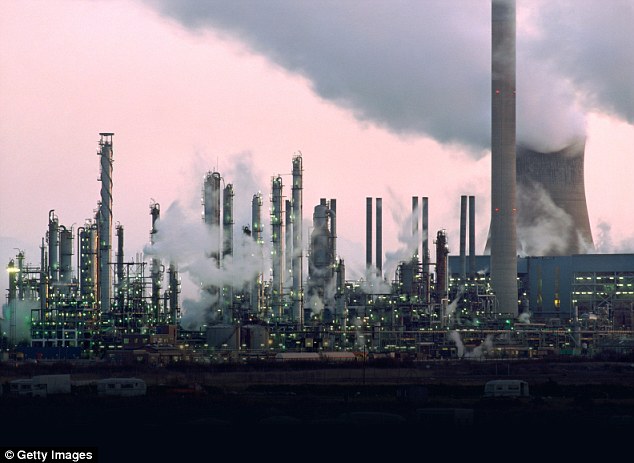 Controversy: Elliott had made demands over the merger of Tata Steel and German-owned Thyssenkrupp

Talks to hammer out the final details are progressing well and a compromise has been reached on closing a valuation gap between the businesses.

The joint venture was originally planned to be signed in early 2018 but was delayed after Thyssenkrupp’s steel business performed much better than Tata’s, requiring a reassessment of the deal.

The combination of Thyssenkrupp’s and Tata Steel’s European assets, first announced in September, would create the continent’s second-largest steel maker after ArcelorMittal.

However, Elliott, which has targeted other companies vulnerable to takeovers including GKN and Dulux owner Akzo Nobel, had voiced concerns over the merger. It is believed the aggressive activist investor did not want Tata to have an equal stake in the business. It is also thought Thyssenkrupp has been under pressure to slim down its business.

Options being considered for the merger are thought to include a cash payment to Thyssenkrupp, changing the 50-50 ownership structure of the venture, lowering the debt to be transferred to it, or limiting dividend payments to Tata Steel for a number of years. A source said: ‘Talks are very constructive, they are on the final stretches.’

The merger has been mired in controversy over claims of pension mis-selling. Part of the deal included selling off the former British Steel final salary pension scheme.

About 8,000 people are employed by Tata across England and Wales, including 3,500 in Port Talbot, but those figures were dwarfed by the number of retired steelworkers – more than 100,000 – who were members of the scheme. Those members had to decide what to do after the scheme was separated from Tata last September.

Between October and December 2017, they had a choice of entering into a new Tata-backed scheme, BSPS2, or the Pension Protection Fund.

Both were less generous than the scheme that closed though BSPS2 was better for the majority of people than the PPF. But confusion over the offers opened the door to rogue advisers.

The Pensions Regulator and the City regulator the Financial Conduct Authority have both launched an investigation.