Home insurance bills increased 7.6 per cent in the year to April, to an average of £133, new research has revealed.

The hike is more than three times higher than the 2.4 per cent rate of inflation over the period and insurers have blamed it on a rise in claims after the freezing weather earlier in the year.

The ‘Beast from the East’ and Storm Emma saw the UK gripped in a prolonged period of snow and icy weather, which resulted in a spike in home insurance claims. 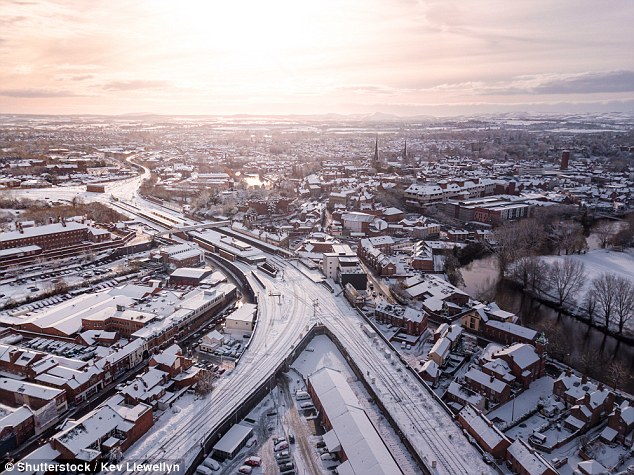 Home insurance policies rose 7.6 per cent in a year to an average of £133 per year

Those in London are paying the highest average home insurance premiums, at £172 per year, and prices are rising the fastest, at 11.9 per cent.

Meanwhile those in the North East pay the lowest average premiums, at £120, with prices rising by 5.1 per cent, according to the data from Consumer Intelligence.

John Blevins, Consumer Intelligence pricing expert said: ‘All the major insurers have seen a rise in claims from the Beast from the East and extreme weather with the cost of claims feeding through to premiums.

‘The ongoing issue of increased escape of water claims as demand for wet rooms and extra bathrooms rises is also adding to the pressure on prices despite competition on premiums from insurers.

‘The growth of insurtech and smart homes able to detect issues before they become a claim will help cut premiums in the future, but as yet not enough customers and insurers are adopting new solutions.’

Several large insurers have already hinted at the cost the cold weather has caused them. 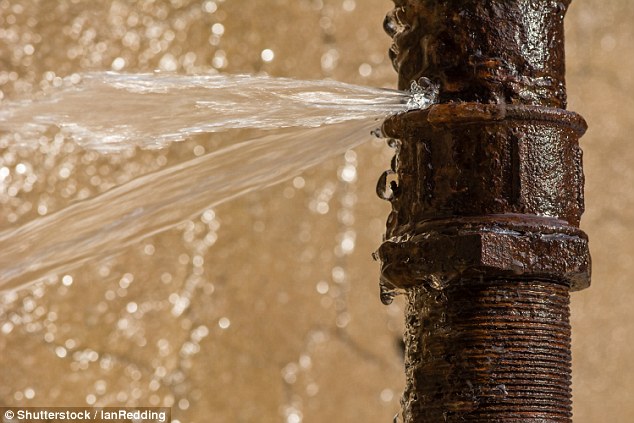 Direct Line said the cold spell will cost it £50 million in claims and it had used up nearly its entire £55 million ‘weather budget’ during the first three months of the year.

After revealing this, the FTSE 100 listed group saw its share price slip nearly 4 per cent at the start of May.

Paul Geddes, Direct Line’s chief executive, said at the time: ‘The freezing weather earlier this year hit many drivers, households and businesses hard, and I am proud of the way our people helped our customers during this difficult period, demonstrating the value of our insurance cover and service.

‘We estimate the claims associated with the major freeze event will utilise the Group’s full annual weather budget.’

The insurer Esure also said after the spell in extreme winter weather it had higher-than-expected costs in its home insurance business for the first quarter of the year.

It said the disruption caused by the freezing temperatures resulted in £8 million in claims costs in its home insurance business, £6 million ahead of its expectations.

While prices are rising for everyone, the cheapest prices are still reserved for new customers, often leaving existing customers paying a penalty for loyalty.

Recent research showed that insurers are adding an average of £32 per year onto home insurance premiums for consumers who auto renew.

The research from MoneySupermarket showed that 26.8 per cent of consumers with home insurance let their most recent policy automatically auto renew with their existing insurer.

This is because insurers rely on consumers not actively switching insurance policies when their policy comes to an end. This allows them to increase the price yearly, so existing customers who remain loyal to an insurer end up paying far more than a new customer would.

How to haggle a better price for your home insurance policy

If you’ve been given a price you’re not happy with by your current insurer, it’s worth trying to haggle the price down before you decide to cancel the policy and move to a different insurer.

The best way to do this is by checking what price competing insurers are charging, which can be done quickly online via a comparison site, such as with This is Money’s MoneySupermarket-powered search here.

When you’ve got a list of quotes online, also including insurers not listed on comparison websites such as Direct Line, for the same cover amount you currently have, call up your insurer and ask it to lower your quote. If it refuses tell it you want to cancel the policy and you’re moving to a different insurer.

At this point it may buckle and lower your quote, or it could throw in something else such as free legal cover. If not – you’re free to move to another insurer.

Be aware that if you are mid-way through your current insurance policy, there may be a penalty for cancelling it and leaving early. Therefore if this is the case, it’s still worth calling your insurer to ask if it will lower the price but keep in mind any exit penalties and factor these into the price.

> Essential reading: How to get the best and cheapest home insurance