The new owner of Homebase is preparing to inject up to £75 million into the business as part of rescue plans after the struggling DIY store was sold at a massive loss, sources said.

Australian firm Wesfarmers agreed to sell the chain to restructuring specialist Hilco Capital for £1 on Friday amid speculation the retailer may need to close stores.

Homebase is understood to have been losing between £15 million and £20 million a month. 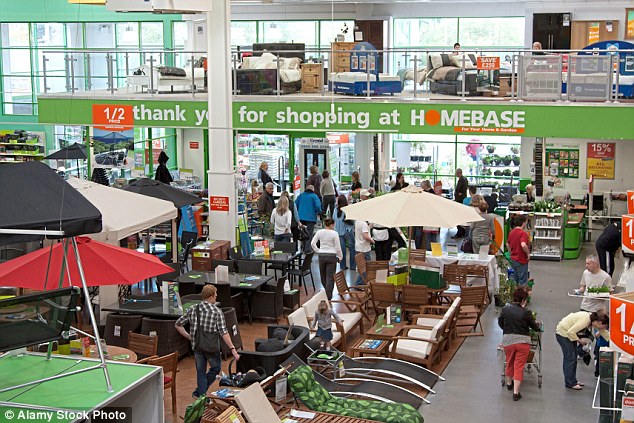 The new owner of Homebase is preparing to inject up to £75 million into the business as part of rescue plans after the struggling DIY store was sold at a massive loss, sources said

Wesfarmers bought the company, which has 250 stores and around 11,000 staff, two years ago. Chief executive Rob Scott said the acquisition had been ‘clearly disappointing’ and the result of ‘poor execution’ as well as a ‘deterioration’ in the UK retail sector.

One restructuring source said: ‘This is an incredible tale of rapid collapse for a very well respected retailer. How the Aussies got this so wrong, I have no idea.’

Hilco plans to take the business ‘back to its roots’, according to a source familiar with the deal. The source said: ‘New management were brought in three months ago and they are doing a good job. It needs some heavy lifting, some more seasoned retail professionals in there and some cash. But it has been trading substantially better in the last three months and there are early signs of resuscitation.’

The source added that Hilco is ‘planning to put in a very significant amount of money’ with ‘a cheque in a few weeks’ time’.

‘There is some cash in the business but this is additional money,’ said the source. Wesfarmers said it had taken a £230 million loss which it described as ‘normal working capital’ – cash left with the business, as well as future pension contributions and ‘transaction costs’. 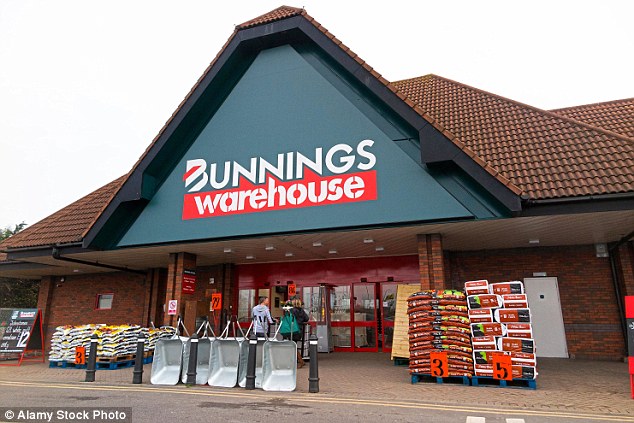 There has been speculation that a chunky ‘dowry’ was discussed. The Aussies had been converting Homebase stores into Bunnings, the Antipodean equivalent. There is now likely to be a sell-off of Bunnings products and restocking more of Homebase’s traditional lines such as paints and ‘soft furnishings’ such as wallpaper and lamps.

Homebase had given up competing with B&Q, Wickes and Screwfix, and sold only a small range of ‘hard’ DIY products, as they are known in the trade.

Wesfarmers, used to a different kind of customer in its home country, had decided to reverse that strategy and flooded shops with power tools and heavy equipment. It had also brought in giant Australian-style barbecue burners and £6,500 jacuzzis – perfect for a nation that spends a lot of time outdoors but not so for British shoppers used to more dismal weather.

Two sources with close knowledge of the chain’s current performance, said closures may still be necessary. One said: ‘I think for the business to survive it will need to be shrunk significantly – by 100 stores, something in that order.’ 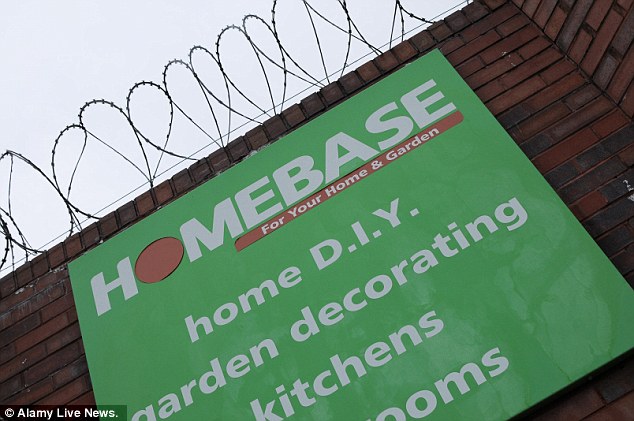 Homebase sources said it was ‘too early’ to discuss closures as sales at some stores had improved. Another said Wesfarmers had ‘stuffed Homebase and its warehouses full of expensive stuff’.

‘Anyone liquidating some or all of that stock with heavy discounts, is going to turn some good money quickly,’ he said.

It has been one of the most disastrous retail acquisitions in Britain. David Errington, an analyst at Bank of America Merrill Lynch in Australia, told Scott in a Friday conference call that its plan to ‘cut it and run’ was a ‘terrific move’.

But he blasted him for the debacle that he estimated has cost Wesfarmers, Australia’s largest private employer, ‘well over AUS$1.5 billion in just over two years’ (£850 million) on ‘a very poor investment’.

Errington added: ‘The board should have been able to detect that something wasn’t right here. Where does the buck stop? And, ultimately, who’s going to pay a price for losing this amount of money in such a short period of time?’

Scott admitted ‘there will be remuneration implications’.