Prada is pinning its fortunes on a range of orange flame wedge heels touted as being fashion’s next ‘it’ shoes.

They have already been sported by socialite and model Kendall Jenner, who stars in reality TV show Keeping Up With the Kardashians.

On sale for more than £800, the shoes could be the answer to parent company Prada SPA’s financial woes, after suffering falling profits since 2014. 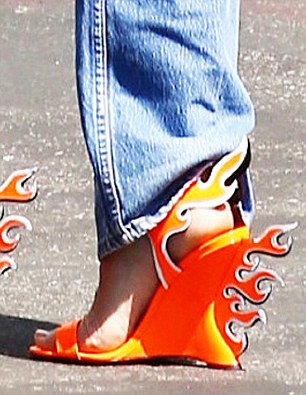 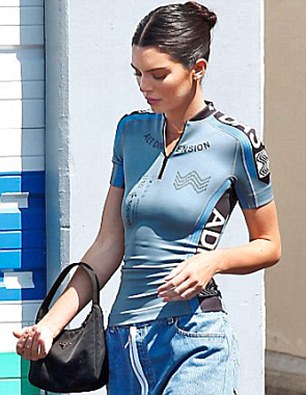 Cool your boots: Prada’s orange flame wedge heels have already been sported by socialite and model Kendall Jenner, who stars in reality TV show Keeping Up With the Kardashians

The group’s latest results showed a glimpse of recovery, as revenues for the six months to June 30 jumped 9.4 per cent to £1.3billion and profits soared 11 per cent to £94million.

The firm also owns Italian fashion house Miu Miu, which is famous for its leather handbags and oversized sunglasses.

Sales at Prada grew 10 per cent compared with a year earlier. Miu Miu grew by 8 per cent.

European sales were 5 per cent higher despite lower tourist numbers, but its US and Middle East businesses suffered, with both falling 4 per cent.