The retailer said today it expects to report sales of £116m – up 12 per cent – when it lifts the lid on its full-year results in September.

Six per cent of that growth stems from new store openings, Hotel Chocolat said, adding that profit before tax will be in line with the market’s expectations of £12.8m. 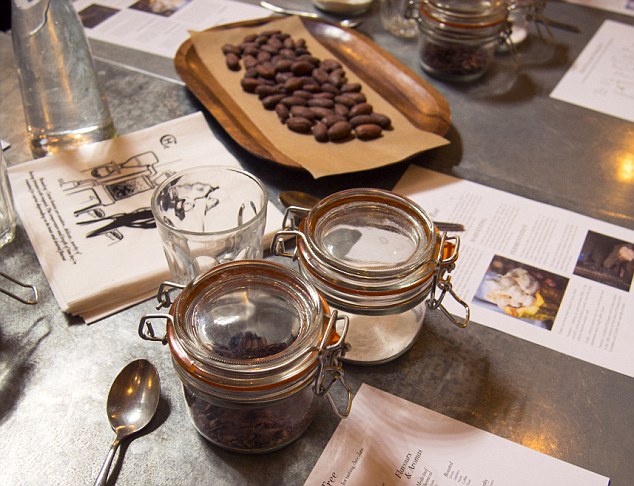 Hotel Chocolat has diversified into coco-themed events, beauty products and coffee as it acts to future-proof itself in the tough retail market

The retailer’s share price has come under pressure in the last 6 months, but its stocks advanced by nearly 3 per cent in early trading today, after boss Angus Thirlwell reassured investors that trading had not melted during the UK’s ongoing heatwave. 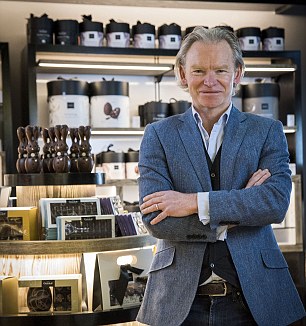 He claimed that sales of ice-cream and cool drinks helped keep the business well within target as its new fiscal year got off to a sweltering start.

The positive trading update offers some refreshment during an otherwise exceptionally challenging time for retailers, many of which are axing stores and jobs to battle falling footfall, rising costs and weak consumer confidence.

Thirlwell, who co-founded the retailer in 2003 alongside business partner Peter Harris, said today: ‘Whilst there has been considerable recent media coverage of retail generally, we are encouraged by the performance of both our new and existing locations.

‘Customers are continuing to respond well to our luxury brand and lifestyle propositions.’

Analysts at Liberum said: ‘This trading update is very strong in the context of the retail sector and there is no doubt that the strength of the brand, its balance sheet and cash flow profile all point to what is a sustainable growth model.’

They said Hotel Chocolat may be tempted to expand internationally ‘sooner rather than later’.