House of Fraser is facing a backlash from a group of major landlords over proposals to shut around a third of stores and get rent reductions across others.

Property titans including Legal & General and Westfield are expected to pile the pressure on House of Fraser, which wants to implement a restructuring process called a company voluntary arrangement. 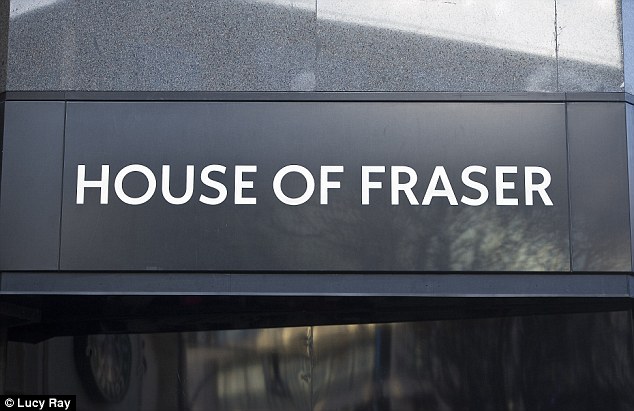 Backlash: Property titans including Legal & General and Westfield are expected to pile the pressure on House of Fraser

Around a dozen landlords could threaten to vote against the insolvency procedure if the struggling department store fails to provide assurances over future financial performance.

It is understood that the landlords could even ask for an equity stake or share of its future profits.

The procedure could act as a lifeline for House of Fraser which is thought to want to close as many as one in three of its 59 store-estate.

Retailers and restaurants that have used CVAs in recent months include collapsed retailers Toys R Us and Maplin, Mothercare, Carpetright and restaurant chains Prezzo and Carluccio’s.