Hopes of a rescue for department store House of Fraser received a fresh blow last night as it emerged that relations with tycoon Mike Ashley – seen as a possible white knight – had badly deteriorated.

The ailing department store, led by chairman Frank Slevin, has been in desperate talks to save the business after a £70 million lifeline from a Chinese conglomerate was pulled on Wednesday.

Sources said the company could be forced to call in administrators ‘within weeks’ if new funds fail to arrive. 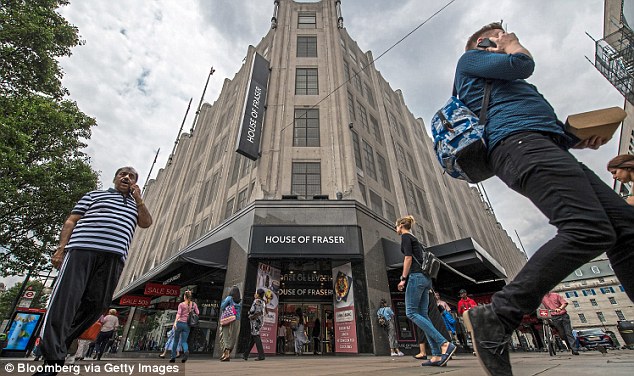 Crisis: Department store House of Fraser has a debt pile of £400 million and is heading for a cash crunch

Ashley, who owns the Sports Direct chain and Newcastle United football club, has an 11 per cent stake in House of Fraser and has been tipped as a possible rescuer.

His representatives are understood to have made an approach to the company through advisers at Rothschild.

Other potential saviours include rival retail billionaire Philip Day, who owns a string of brands including Edinburgh Woollen Mill, Peacocks and Austin Reed.

There is also understood to be interest from retail turnaround funds Hilco and Alteri.

But last night it was becoming obvious that hopes of a lifeboat bid by Ashley are growing increasingly distant.

A retail source said: ‘Having seen the Chinese money fall away at a crucial moment, Mike is shocked that Frank Slevin and the board have not reached out properly to him. It’s a mystery in light of the situation the company has found itself in and given he is an existing shareholder.’

Ashley, whose Sports Direct chain also owns almost 30 per cent of House of Fraser rival Debenhams, has already been forced to write off his stake in House of Fraser, a move first revealed in The Mail on Sunday in June. 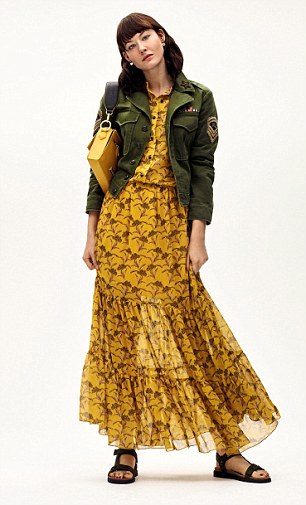 House of Fraser has clashed with major landlords over restructuring plans

He has built a stable of brands including Firetrap, Flannels and Lillywhites and has for a long time harboured an ambition to be able to sell them in his own department stores.

One source close to House of Fraser said: ‘If anyone has a very serious interest they are being treated very seriously. This is a very open situation.’

A House of Fraser spokesman said it was still in discussions with ‘multiple parties’ for funding.

But it now looks likely that Ashley will step back and wait to see how events develop athe firm, which has a debt pile of about £400 million, battles for a secure future. Buyers may be calculating they could acquire parts of the firm more cheaply if it were in administration.

House of Fraser has also clashed with major landlords over restructuring plans, which involve slashing its rent bills and closing half its 59 stores.

A crucial legal hearing set for nine days’ time could still scupper the plan – known as a Company Voluntary Arrangement.

The retailer also needs enough spare cash to pay for new stock and a quarterly rent bill that falls due next month.

The pension fund is in decent shape provided the company continues trading and keeps its promises to top it up.

But pension experts said a black hole of up to £180 million may open if the company goes to the wall. It would then be managed by the Pension Protection Fund or an insurance company and pensions could be reduced.

Debt rating agency Standard & Poor’s said this weekend there is ‘an elevated risk’ the company will face a cash crunch or go insolvent in the short term ‘unless it is able to secure additional sources of cash in the coming months’.