House prices are up 4.9% in the last year says ONS

The typical property price across Britain was £225,620 at the start of the year, which means the annual rate of property inflation stood at 4.9 per cent, according to the data the Office for National Statistics and Land Registry.

The index – which lags a month behind others – shows this is down slightly from the five per cent recorded in December. 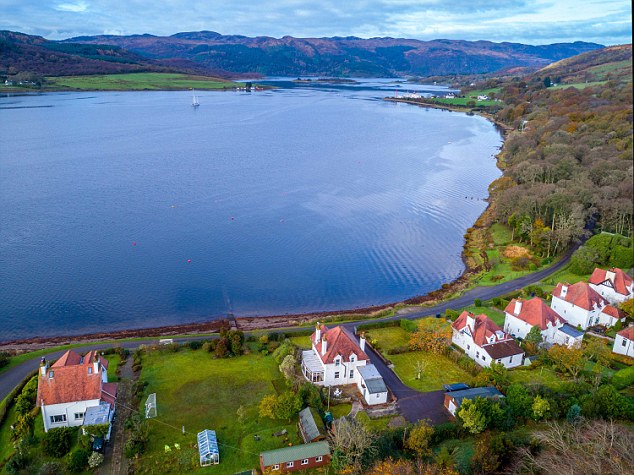 Furthermore, the ONS data shows that some of the biggest price surges have been in relatively isolated island areas.

Three of the top five for value growth have been the Orkney Islands, Isle of Anglesey and Argyll and Bute, suggesting buyers are increasingly looking at remote regions.

The other two for largest price growth were in Scotland – East Lothian and West Lothian. All five recorded double digit growth.

Prices in the Orkney Islands for example are up 23.6 per cent to reach £144,214. The ONS does add, however, low sales numbers can lead to some volatility.

Scotland as a whole has seen the biggest price increases. Annual inflation sits at 7.3 per cent to reach £149,000.

In England, house prices increase 4.6 per cent over the year to January, with the average price now £242,000. 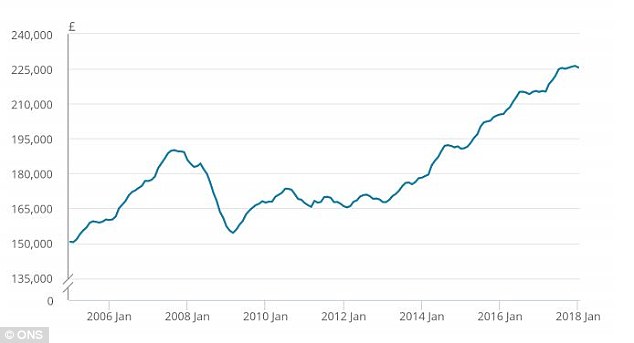 House prices: The ONS says the typical property price in Britain is £225,620

Within England, the East Midlands showed the highest annual house price growth, with a 7.3 per cent per cent increase.

This was followed by the South West, 6.9 per cent, and the West Midlands and the East, both 5.3 per cent.

The lowest annual growth was in the North East, where prices increased by 0.7 per cent, followed by London at 2.1 per cent.

Oxford was one of the areas with the biggest property price falls in the last 12 months. Values have dropped 4.7 per cent according to the ONS, to reach £392,792. 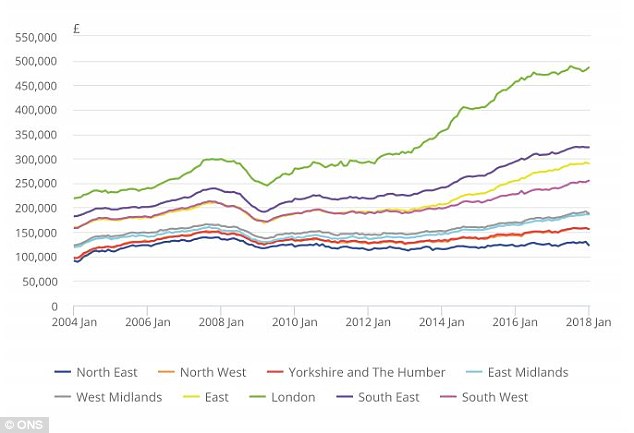 Regionally: The gap between London and all over regions is stark when you see it on this ONS graph

Richard Snook, senior economist at PwC, said: ‘The data shows a soft start to the year. While annual growth is positive, prices actually dropped by £600 on average from the previous month.

‘Sales volumes in the UK to November 2017 fell 11 per cent compared to the year before, suggesting that prices could weaken in coming months. We are expecting UK wide house price inflation of around four per cent in 2018.’

Jeremy Leaf, a north London estate agent and a former residential chairman of the Royal Institution of Chartered Surveyors, said: ‘We have found house prices to be rather volatile over the past few months – up a bit, then down a bit.

‘On the one hand, they have been supported by low interest rates and shortage of stock, but on the other, compromised by squeezed affordability and Brexit uncertainty.

‘No region reflects this pattern more than London, which is showing again that price rises are lagging behind most of the rest of the country, mainly due to previous overheating and now availability of more stock.

‘Successful sellers are the ones who are recognising the new market realities. Property needs to stand out one way or another to gain attention.’ 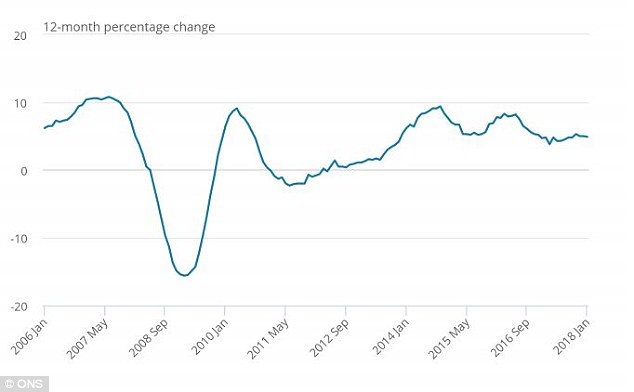 Sarah Beeny, founder of estate agent Tepilo, said: ‘January is often a tough month in the property calendar, so it’s no surprise to see a weak start to the year in terms of house price growth.