The bosses of Britain’s top housebuilders have cashed in £300million worth of shares between them over the past year.

Our analysis of share sales by building bosses comes as fears rise of a downturn in the market. 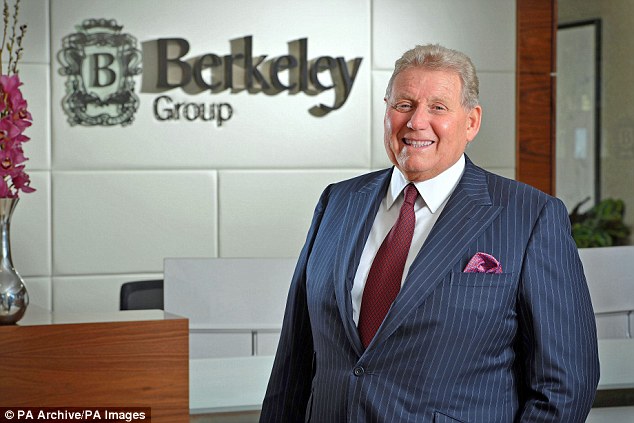 That follows an £11million sale in May by Graham Cherry, who runs the firm’s urban regeneration arm in the South of England.

Concerns over the state of the property market have been mounting in recent months. House prices rose just 3 per cent in the year to June to £228,384 in the smallest increase since 2013.

Values in London fell 0.7 per cent to £476,752, the largest dip since September 2009 when the country was in the grip of the financial crisis.

The most eye-catching falls were in the City of London, where prices collapsed by nearly a quarter, wiping around £220,000 off the value of properties.

Rightmove’s House Price Index, out tomorrow, is expected to paint a downbeat picture for the market.

Investors have become alarmed by the housing data and the prospect of further rises in interest rates, and shares in the residential property builders have recently been losing value. 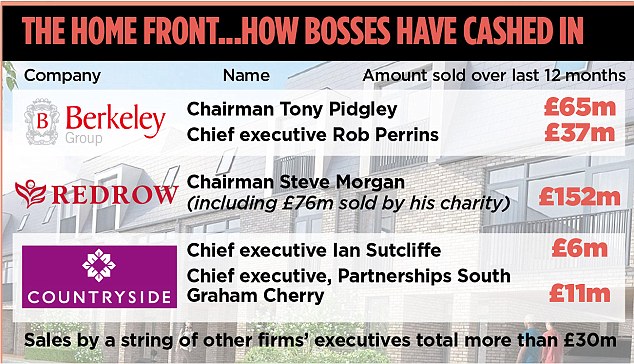 All of them retain holdings in their companies, however.

The sales do not include the notorious handouts at Persimmon, which awarded shares worth more than £700million to a group of executives and senior managers. This included £75million to chief executive Jeff Fairburn who has not yet cashed in any of the shares.

Persimmon unveils its half-year results on Tuesday. Last month, it said revenues in the first half of 2018 were up 5 per cent at £1.84billion.