How architect of tough new mortgage rules was turned down for a loan on £1.4m home! 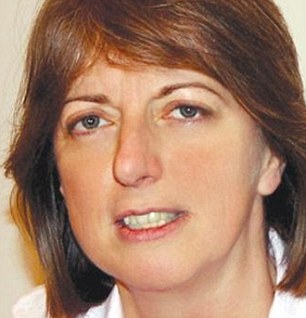 The City enforcer who wrote tough mortgage rules has fallen foul of her own regime after being turned down for a home loan by her bank of more than 20 years.

Lynda Blackwell was head of the Financial Conduct Authority’s mortgages team until last year and drove through a review to curb irresponsible lending.

Now a consultant, the 58-year-old was shocked to be turned down by the lender she had used for two decades because she did not have enough evidence of her income.

The bank wanted two years of accounts which she was unable to provide because she has not been self-employed for long enough, having only just left her full-time job at the regulator.

Writing for trade title Mortgage Solutions, Blackwell – who lives in a £1.4million semi-detached home in south-east London – wrote: ‘The leading players who dominate the market adopt a one-size fits all, highly risk-averse approach, calibrated with a bandwidth aimed at avoiding the regulator rather than helping customers.’

Famed for being outspoken, Blackwell eventually got her mortgage from a smaller, specialist lender.