How can tax-avoiding Amazon have the gall to give lectures on Brexit?

Doug Gurr, UK manager for the US online giant, issued the warning on Friday

The almost untrammelled economic power of American tech giants such as Amazon, Google and Facebook is already a grave threat to free market competition in the UK and worldwide.

But when these unaccountable and rapacious behemoths start to challenge the fundamental underpinnings of our democracy, they are moving into dangerous waters indeed.

It has emerged that, at a meeting organised by Brexit Secretary Dominic Raab last Friday, the head of Amazon UK predicted there could be ‘civil unrest’ within two weeks if Britain were to leave the EU without a deal. It’s a claim — even if it was a worst-case scenario — that reeks of humbug and hysteria.

As a large employer in Britain, Amazon plainly thinks it has the right to speak out on our domestic affairs. But it should recognise that for a foreign company to make such claims is at best ill-advised, not least because it could encourage people to take to the streets if there is no deal. Not only that, but as a huge U.S. enterprise which — thanks to a cynical international sleight of hand — pays almost no tax in Britain (or on the Continent for that matter), it ought to be wise enough to steer clear of unhelpful political comment.

Amazon’s UK boss, Cambridge-educated Doug Gurr, should remind himself that the very foundation of American independence was the principle of no taxation without representation. He seems to want representation with barely any taxation.

The possibility of a ‘no-deal’ Brexit — which has been outlined in a document issued by the European Union, and is being prepared for in contingency plans drawn up in Whitehall — has sparked scaremongering and mischief from firms and lobby groups seeking to panic the British people.

It is no more nor less than the next phase of Project Fear which tried, and failed, to scare people into voting Remain with its dire warnings of an emergency budget, higher income taxes, recession and mass unemployment.

The reality is that there has been no recession, and the British economy has proved a job creation machine, with the jobless rate at 4.2 per cent — half that of the European Union average. 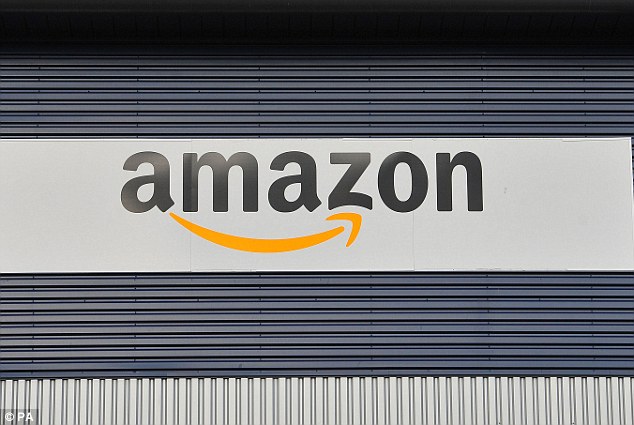 As a large employer in Britain, Amazon plainly thinks it has the right to speak out on our domestic affairs

Despite that, we are now seeing Project Fear: The Sequel cranking into action. For Amazon is not alone in pressing the panic button.

The dairy industry has also gone into attack mode. A report written by the political research body London School of Economics Consulting argues that delays at borders as well as additional trade costs could restrict the availability of butter, yoghurts and cheeses and send the prices of dairy products soaring.

They could, it’s claimed, simply become ‘occasional luxuries’ for the consumer.

If anything, this kind of alarmist rhetoric is likely to provoke panic buying, which could itself lead to shortages.

It is also worth noting that a significant amount of Britain’s dairy produce comes from Ireland, where Taoiseach Leo Varadkar’s unhelpful interventions over the issue of the trade border between Northern Ireland and the Republic could end up impoverishing his own people.

His Irish compatriot, loose-lipped Ryanair boss Michael O’Leary, cannot resist getting in his euro’s worth, too, arguing that the risks of a hard Brexit cannot be ‘underestimated’, and that flights could be grounded if Britain crashes out of the European Union without a deal.

The interventions of Amazon, the dairy producers, Ryanair and others seem intended to undermine the democratic will of British voters.

Suddenly, the stalemate between UK and European negotiators is being translated into images of British people taking to the streets, melted butter wasting at ports and planes stuck on runways.

Of course, we shouldn’t be surprised by the arrogance of Amazon bosses. This is a ruthless company that leaves victims, in the shape of destroyed rival businesses, in its wake everywhere it goes.

In spite of the increasing destruction of traditional commerce on High Streets across America and Britain, supine governments have been fearful to challenge Amazon’s extraordinary power.

At present, the firm is valued at $879 billion on the U.S. stock market, and its founder, Jeff Bezos, was named earlier this year as the richest man in the world with a personal wealth of around $150 billion.

The truth is that Amazon knows almost no boundaries in its power and domination of retail and commerce, and in spite of U.S. President Donald Trump’s pledges to bring the internet giants to heel, absolutely nothing has been done.

Amazon is one of the what have become known on Wall Street as the FAANG companies (Facebook, Apple, Amazon, Netflix and Google).

Together these unscrupulous giants, and the way they interact with their users and feed off their data, allows them to become dominant players in the markets in which they operate, locking out almost everyone else.

But now these firms have also become enormously political. In the U.S. they have effectively neutralised criticism through a huge rise in political lobbying in almost every state.

But in America, much of the financing and lobbying of politicians passes under the radar.

What makes Amazon’s intervention in British politics so troubling is that it has done immense damage to so many British companies.

In short, it has played a large part in the crisis engulfing Britain’s High Streets.

The closure of stores by House of Fraser, Marks & Spencer, Poundworld and thousands of smaller firms can be directly placed at Amazon’s door.

Worst of all is the sight of an American giant making these doomsday auguries about Britain’s future when it has gone out of its way to deprive the British Treasury of so many millions in tax.

What moral authority does it have to pontificate about this country’s political situation when it has treated the UK like a giant cash machine?

Amazon’s 2017 annual report shows that the online retailer paid just £15 million of tax across Europe on sales of £19.5 billion.

So far, efforts by Chancellors George Osborne and Philip Hammond to make Amazon pay more tax have had limited success.

If there is to be civil strife, as Amazon suggests, it is more likely to be triggered by the infamous working conditions in its warehouses (workers went on strike across Europe this month in protest), the company’s failure to pay its fair share of taxes, and the way it uses its huge power to control prices to kill off swathes of the High Street.

Amazon may be a good inward investor to the UK, but it is certainly not a good corporate citizen.

All the intervention from its UK boss has done is underline the arrogance of a digital giant which thinks it floats above governments and the bricks-and-mortar business world, and can do what it damn well pleases.

His predictions are unwarranted and, at worse, could be downright dangerous.