How Canada is defusing its house price boom

Imagine an overseas property market where house prices have increased 40 per cent in just three years.

Investors would certainly be piling in. And that is exactly what has been happening on the west coast of Canada, the home country of the Bank of England’s governor Mark Carney.

In particular, it is the city of Vancouver, where thousands of new flats – or ‘condos’ as they known as locally – are being built, with more than half believed to be going to overseas buyers. 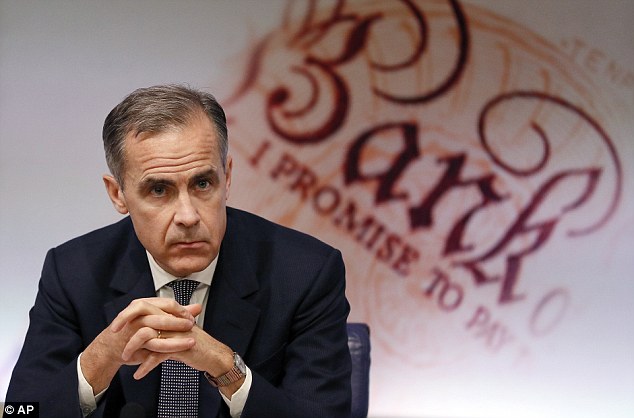 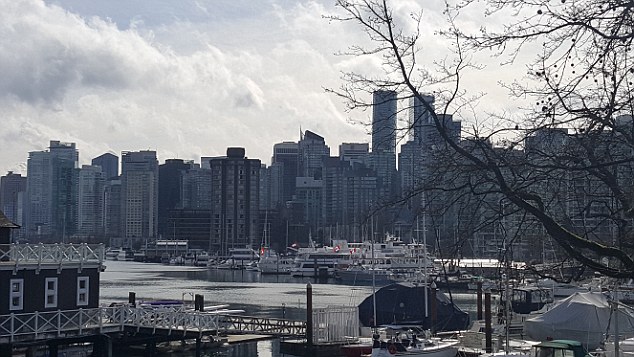 Property values have risen sharply in the Canadian city of Vancouver, with the authorities responding with some tough new rules for investing in bricks and mortar

These buyers have been investing for capital growth and have been leaving the properties empty – meaning without tenants – so they’re ready to sell in tip top condition within two or three years.

The trend resulted in prices soaring with thousands of homes being left empty. So the authorities decided to step in with some draconian measures.

In less than a year, it will have introduced three new policies in an attempt to address the issues.

The first policy was a 15 per cent foreign buyers’ tax, which was introduced last August and has hit the upper end of the market particularly badly, as this is where most overseas investors have bought.

It means those buying a £1.5million flat must pay £225,000 – enough to wipe a considerable chunk off any future profits.

Local estate agent Les Twarog says his business has shrunk as much as 70 per cent as a result of the policy.

And price rises have begun to slow, with more expensive homes rising 15 per cent in 2016 on average compared to 25 per cent the year before, according to estate agents Knight Frank.

The second policy introduced last October was so-called ‘stress-testing’, which is where borrowers must be able to prove that they can afford their mortgage not only at the initial interest rate on their loan but also if rates rise in the future (typically at 4.8 per cent on existing average loans of 4.8 per cent, explains Mr Twarog).

And finally, there is a new ‘vacancy tax’ being introduced in August, where homeowners need to pay 1 per cent of the property’s value if it is left empty for more than six months.

The impact of the combined measures is perhaps much greater than predicted.

Mr Twarog claims he has two overseas clients who are looking to sell up in Vancouver due to the vacancy tax, and buy elsewhere – such as in Toronto.

He suggested that a vacancy tax could also be introduced there, leading to the same issues happening all over again but in a different city.

As a result, international buyers are beginning to look elsewhere, such as in Australia, California and London, he said.

London is appealing to international buyers due to the weakness of the pound, which means they can buy more property for the same amount of money.

However, it too has seen sharp house prices in recent years, with typical values climbing more than £200,000 in the past five years, with some areas – such as Knightsbridge – seeing values rise more than £1million during the same period, according to property website Zoopla.

Stress-testing has also been introduced on both residential mortgages and buy-to-let on this side of the Atlantic.

Foreign buyers of properties in this country have to pay Capital Gains Tax (which they didn’t have to until 2015).

As we have a double tax agreement with many countries, depending on where the buyer is resident, they may not pay any extra tax but some will be paid to the UK instead of their country of residence.

And from April 2016, the threshold for the Annual Tax on Enveloped Dwellings (ATED), which is paid by companies on residential properties, was reduced from £2million to £500,000. This brought many more properties into the net. (A foreign buyer is more likely to be a company than a domestic buyer.)

The buy-to-let market has also suffered a bout of policy changes, including a Stamp Duty surcharge of 3 per cent and the reduction of tax relief being phased in over the next four years.

This has been aimed at discouraging property investors from snapping up properties that would have otherwise been available to first-time buyers.

Britain also taxes foreign buyers, and so could it soon be set to follow Vancouver with an empty homes tax of its own?

Ray Boulger, of mortgage brokers John Charcol, doesn’t think so, saying that the issues in Vancouver are different from those in the UK.

He said: ‘People were buying as an asset class before, especially in London, but that is less relevant now, particularly in the past year.’

Values at the top of the market, particular in London, have fallen, particularly amid higher levels of Stamp Duty.

As such, he added: ‘The introduction of an empty homes policy in the UK would be a case of taking a sledgehammer to a nut.’

He went on to explain that to stop people buying second homes in Britain, there are other measures that would be effective, such as applying higher council tax.

He concluded by calling for a ‘sensible assessment’ of how many empty homes there are before any tax is considered.