How much are your pogs worth?

If you remember collecting pogs in the 1990s, or if your children were obsessed with the cardboard disks also known as milk tops, it may be worth clearing out the attic to see if you still have any.

The collecting game was a huge hit in the 90s with school children across the world buying, swapping, and collecting the colourful cardboard discs in order to build up vast collections.

Several limited edition pogs were released and a number of these – and some job-lot collections – are now selling on eBay. 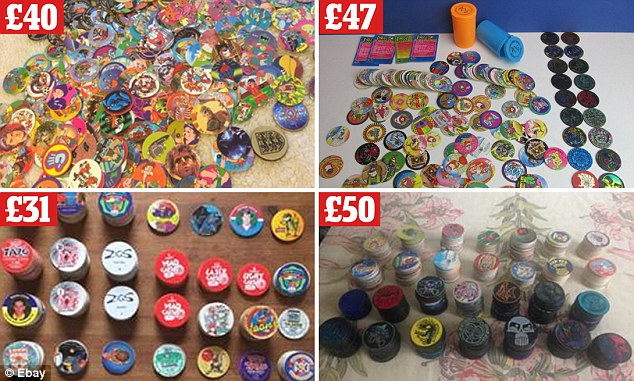 Pogs, also known as Tazos and Flippos, are round cardboard discs with colourful designs on one side and the pog logo on the other.

There were hundreds of different designs available, and an extensive list can be found on the website milkcapmania.co.uk.

Not only were pogs a collectors item, they were a game first which involved using a slammer, a more heavy-duty pog made from metal or plastic, to flip over as many pogs as possible.

The pogs were stacked in equal numbers and players then took turns using the slammer to flip them over – and were able to keep any they did.

Allegedly the game originated in Hawaii before moving to the United States and then the UK, where they were launched in 1995 and around 30 million are estimated to have been sold since.

Now, a new game is being designed which lets you play pogs through an app on your mobile with people around the world, and you can scan in your old pogs using image recognition technology and use these in the game.

The most expensive collection of 5,800 pogs we saw went for £215 earlier this year

In light of the new game, we took a look on eBay to see how much original pogs were selling for. There are hundreds of listing for pogs worldwide, both limited edition pogs and general collections of them.

The most valuable UK sale we found was for a collection of more than 5,800 pogs in a variety of different themes, including a Star Wars collection, which sold for £215 in March this year. 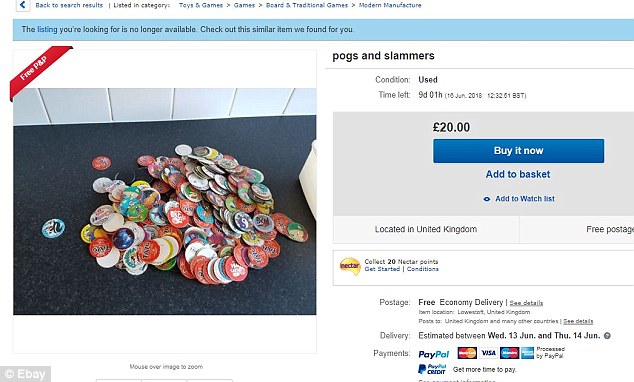 Next was a set of the special edition ‘Chupa Caps – City People Series’ in green which went for £122, then a similar set of ‘Chupa Caps’ in glow in the dark for £90.88.

The average price of those we found were between £20 and £50 for collections of at least a few hundred pogs, or those which contained some special edition designs.

Even some unfinished sets were being sold, with one part set of the ‘Batman Power Caps’ series selling for £21 in April this year.

Individual pogs and slammers, were also selling on eBay but these are a lot less and going for an average of £1 – £2. 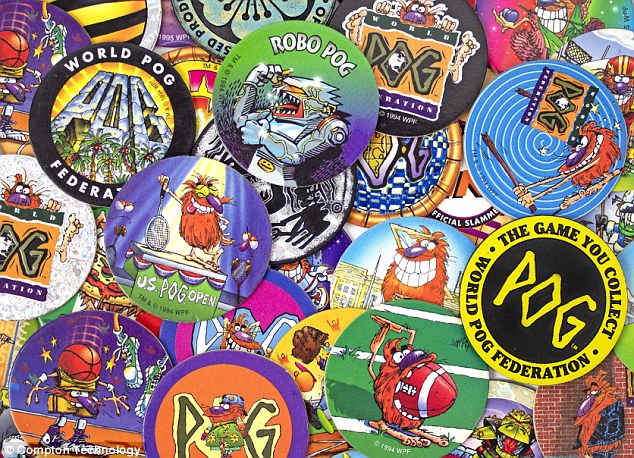 Therefore if you do have a collection left over from the 90s, you could try your hand at selling them online.

The new game is being created by the London-based firm Compton Technology which has just launched an Indigogo campaign to raise funds to design the game. The target is $50,000 and it’s reached $5,947 already with 106 backers and a month to go.

The free game, named POGS AR, is due to be released in September for android and iPhone users and it’s the first officially licensed mobile game from the World Pog Federation, the biggest seller of pogs in the UK.

It will include all the original features of the 90s game – including flipping and slamming – but through a mobile app. 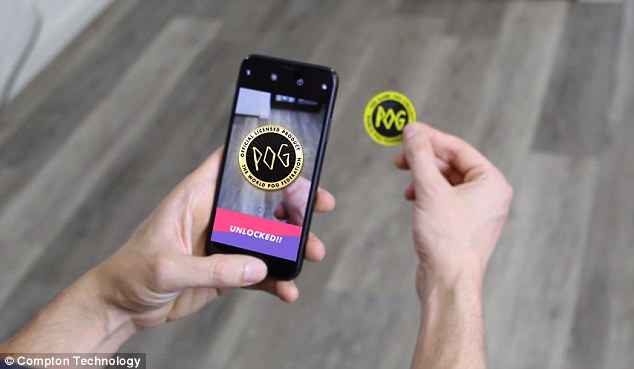 Users will be able to scan existing pogs and unlock extra content, earn physical prizes, take part in slamming matches with other players and compete in regular tournaments.

For those backing the funding campaign, there will be extra perks available including a limited-edition physical slammer, special in-game content, a custom designed pog character and early access to the game.

‘But in pogs you play for keeps and must risk losing some of your collection to expand it, so the excitement and intensity increases as you play. 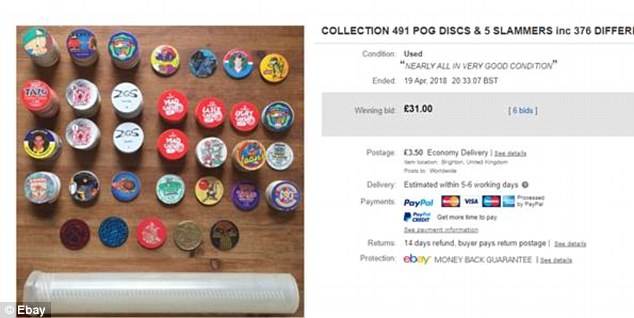 ‘By going digital and applying modern technology like AR to the original concept, we’re creating a game community and collectible ecosystem that I believe can be even bigger than the original.’

As the new game is due to launch in September, the number of people flogging their old pogs online could increase over the next couple of months and therefore the overall value you can sell them for will go down as more people hunt theirs out to sell on. But conversely, as interest grows there may be more buyers, which could also affect the price.

On the other hand, if you want to get involved with playing the new game – it could be worth hanging onto the pogs as the designers say you will be able to scan them in and use them with it.