How much will my water bill be if I use my hose pipe every day?

I’ve been using my hose pipe pretty much every day for the past month or so because of the extremely hot weather.

On some days I’ve even used it twice to make sure my plants and lawn don’t die but I am slightly worried about how this will affect my bills.

I have a water meter so pay for the water I use, therefore should I be preparing myself for a massive bill? 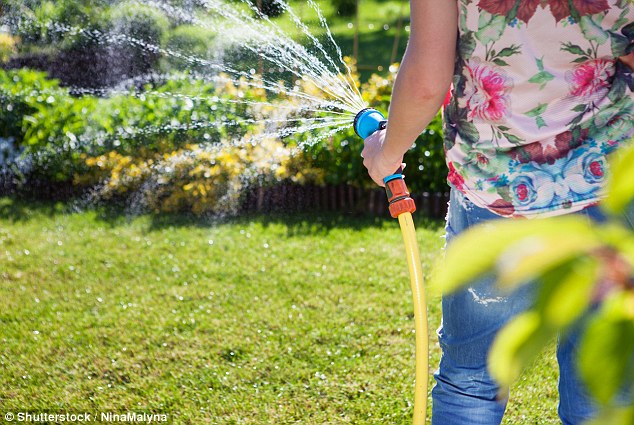 A number of firms have warned people to try and use less water, only Northern Ireland Water has put a hose pipe ban in place

Rebecca Goodman, of This is Money, replies: The weather in the UK has reached record temperatures since the start of June and there have been some warnings about potential water shortages.

This is because much more water than normal is being used, such as by people using hose pipes to keep their gardens alive.

As you have a water meter, you pay for the water you use which is measured by the meter either on a monthly or quarterly basis. This is in contrast to those without one who pay a set amount per year to their water company and can use an unlimited amount.

To work out exactly how much your bill is likely to be you’ll need to take a look at how much you usually pay, by checking a recent bill. This will outline how much the water company charges, and the type of hose and the size of your garden will also have a difference.

On average, it costs around £1.50 an hour to use a hose pipe, therefore if it takes you half an hour to get around the entire garden, and you’re watering it twice a day, this can add up to around £10.50 per week.

Using a watering can is a cheaper option, and costs nearer to 50p per hour. There are also a number of other ways in which you can cut costs, including using recycled water.

Today the chief executive of Ofwat, Rachel Fletcher, suggested that households in the UK should be using recycled water where possible, especially when it comes to watering the garden. 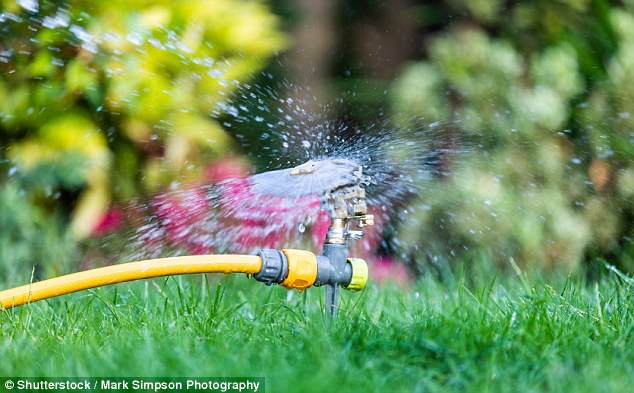 Using a garden hose for an hour to water your garden will cost an average of £1.50

She said we don’t need to use treated water from the tap in the garden and used bath water, or water stored in a water butt, is suitable too.

With a water butt you can save rainwater and use this to keep your garden alive. They can hold between 100 and 700 litres of water at a time and are attached to your house alongside a gutter or downpipe.

How to use less water

– Use a bowl in the sink when washing fruit, vegetables of dishes and the waste water to water your plants.

– Turn off the tap when you clean your teeth it uses up to nine litres of water a minute, according to Ofwat.

– Take a shower instead of a bath, a five-minute shower uses about 40 litres of water, around half the volume of a standard bath.

– Check your property regularly for leaks on your internal plumbing.

– Check the soil a good few inches beneath the surface on your plants. If it’s still damp your plants don’t need watering.

According to the company Save Water Save Money they can save you around 24,000 litres of water each year.

The amount of water we use is especially important given that there has also been some talk about hose pipe bans being introduced across the UK recently.

A number of firms have warned people to try and use less water, and at the moment only Northern Ireland Water has put one in place which began on June 29th.

If you are found in breach of a hose pipe ban, you may be fined up to £1,000. Your water supplier will tell you if it’s introducing a ban, and explain what is allowed and the potential penalties.

Overall water bills rose 2.3 per cent in April this year and now sit at £395 on average per household.

It’s not possible to switch suppliers, unlike with other utility companies, but there are ways to cut your annual bills, such as by switching baths for showers, using a water meter, and turning off the tap when you brush your teeth.

For a full list of ways to cut your water bills, see our article on how to get free gadgets, a cheaper tariff and compensation when your water’s cut off.

Freebies from your water company

There are a wide-range of freebies on offer from the water companies, which should help you cut back on the water you use and possibly reduce your bills too.

The website Save Water Save Money lists all the freebies on offer and if you enter your postcode it can list those you are eligible for and arrange for these to be sent out.

What you can apply for will depend on your supplier and the potential savings for using just one of these devices could be significant.

For example, according to the Energy Saving Trust, if a family of four replaced an inefficient shower head with a water efficient one, they could knock around £75 off their gas bills and around £120 off their water bills (if they have a water meter) each year.