How shoppers splashed out £27.1bn to celebrate the royal wedding and bask in the Spring sunshine

Shoppers spent a record £27.1billion in supermarkets over the spring as royal wedding fever gripped the UK.

Supermarkets raked in £415million on the Friday before the wedding and the FA Cup final, as shoppers rushed out to buy food and drink.

Record-breaking temperatures also boosted sales, as revenues rose 2.7 per cent in the 12 weeks to May 20, with purchases of sunscreen, ice cream, burgers and sausages soaring. 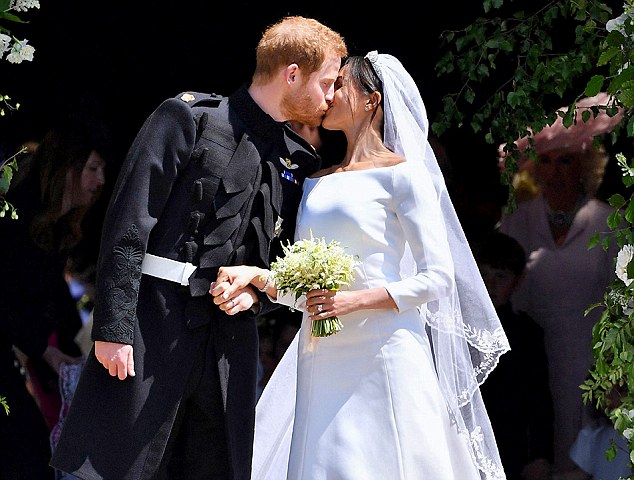 Record-breaking temperatures also boosted sales, as revenues rose 2.7 per cent in the 12 weeks to May 20, with purchases of sun screen, ice cream, burgers and sausages soaring

Brits also took a break from the booze, with sales of non-alcoholic beer jumping 64 per cent compared to a year earlier.

But Waitrose struggled as its sales edged up just 0.3 per cent.

The supermarket has been blamed for dragging on the performance of its sister department store John Lewis after profits slumped by 22 per cent at the group last year.

Iceland recorded a 0.8 per cent uptick in purchases, while Co-op’s sales grew 1.5 per cent.

Sainsbury’s lagged behind its Big Four rivals with sales up just 1 per cent.

Asda and Morrisons outperformed the market, with purchases climbing 2.8 per cent and 2.9 per cent respectively while Tesco’s sales were up 2.2 per cent.