How the experts invest their Isas

Investment experts are often found dishing out guidance on where to invest your Isa.

But where – and how – do they invest theirs?

To give you an insight into what those in the industry do with their investments, we asked some leading experts how they use their Isa allowance.

Remember, this doesn’t mean that you should do the same with yours – it’s important that you consider how an investment fits you and your portfolio before you buy. 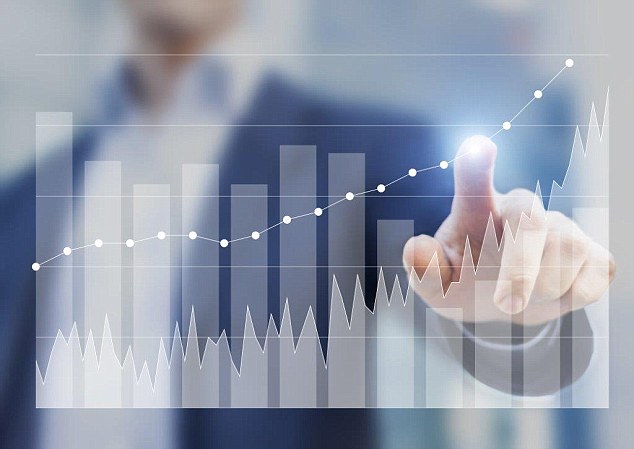 Experts will often give you tips on where to invest your Isa, but where do they put theirs

I invest through the year – and like emerging markets

In recent years I have funded my Isa with cash and then invested throughout the year rather than all in one go.

The reality is that there is no hurry to invest the lot before the tax year end, unless you believe markets are a screaming bargain or about to rocket.

My own view is that we are now in a more volatile phase than we have been used to for some time and so I will feed cash into equity markets in chunks and speed this up during any dips that may occur.

I try and avoid the temptation to constantly add new funds each year and so limit my Isas to around 20 holdings, topping up those areas where I have drifted a little under exposed or where I believe the greatest medium term opportunities are.

I believe the greatest value is currently in emerging markets and so most recently I have used cash that has been sat in my Isa from last year to add to my holdings in Fidelity Emerging Markets. 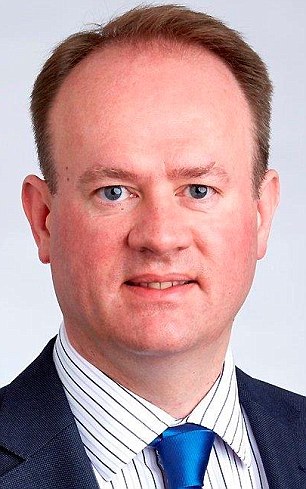 I have also topped up a holding in Lindsell Train Global Equity and made a new investment into the Crux European Special Situations fund which is run by Richard Pease, a thirty year veteran of European equity investing.

I haven’t used my current year Isa allowance as of yet, as we have recently built a kitchen extension which has been a big financial commitment.

My wife and I do, however, have some shares in an investment trust outside of an Isa that we have owned for over twenty years, so I plan to sell these and use the proceeds towards some of this year’s Isa allowance, so that all or our long-term savings are held as tax efficiently as possible.

With the dividend tax allowance about to be slashed, it really does make sense to consider using any funds or shares held in a taxable environment to fund an Isa if you aren’t in a position to invest new cash.

I usually add a lump sum to my Isa contributions towards the end of the tax year, usually because investments were made from bonuses and this provided an opportunity to invest.

I would, however, phase my investments instead of putting the whole lot to work in one go, usually over a few months. 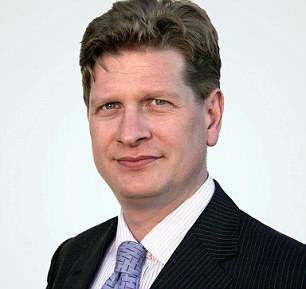 The fact is if you are investing each year, you are already drip feeding into the market.

Secondly, I look over my existing funds and decide whether any need changing – this isn’t a case of simply selling poor performers but looking at why something has done well, or why it hasn’t and if it is doing what is expected, or if the manager has lost his way.

My focus on Isa investments is for the long term, I treat it very similarly to my pension as it will form part of my retirement plan.

The key difference for me is that I might need to access the money sooner for either unforeseen events, or possibly to use to support my children when they are older. However, given they are one and four years of age, that should still be a long way in the future at least 10 to 15 years.

I like to run a balanced portfolio combining growth, income and value strategies as each has its turn in the sun.

I do however favour smaller companies, as there are some exceptional managers in this space.

In the past I have looked to diversify out of the UK and get growth from emerging markets and Japan.

Both are areas I expect to continue to do well in the next 12 months or so, however, I am conscious of a couple things that could impact investment performance over the next year or two.

Firstly, the UK has been lagging behind as Brexit weighs on the stock market and company valuations.

Whilst I think this might continue for some time it is always prudent to get some exposure to areas which look cheap.

That leads to the other issue, valuations are high in some areas and bull markets never last forever.

I don’t know when a recession will come or when markets might turn just that they will.

Therefore I have reviewed my exposure to defensives and made sure I have some exposure to absolute return funds which can help protect my investments in falling markets.

I’ve slimmed my Isa down to just three holdings

I have a long-term strategic asset allocation of 80 per cent in equities and 20 per cent in fixed interest. I’ve achieved this by investing in our LifeStrategy 80 per cent Equity Fund for many years.

This continues to be my core holding.

However, this year I’ve branched out a bit. I’ve maintained my 80:20 split but I’ve invested in two of Vanguard’s active funds. It’s one of the best kept secrets in fund management, but Vanguard is the third largest active manager in the world.

My first holding is our Global Emerging Markets Fund. This has increased my risk exposure, but I wanted a long-term overweight allocation to emerging markets as I believe they offer the potential for superior long-term returns.

To oversee the fund, Vanguard has selected a team of three top external managers, each pursuing different strategies. I hope this will help smooth the ride in what is a traditionally volatile market.

The fixed income element which I have bought to maintain my 80:20 equity bond split, is the Vanguard Global Credit Bond Fund. Again, being an active fund, it increases the risk slightly. I chose it because I rate Vanguard’s active fixed interest team highly.

It also happens to be one of the largest in the world. They are currently positioning the fund to benefit from improving global growth, with European and emerging–market economies catching up with the US. Our credit analysts and traders have a good track record in identifying opportunities in companies that should benefit from this trend the most.

If I was starting my Isa today with a cash lump sum it probably wouldn’t look anything like it actually does.

If I was starting afresh I would asset allocate properly, with specific percentages in different regions and a fairly limited number of funds. 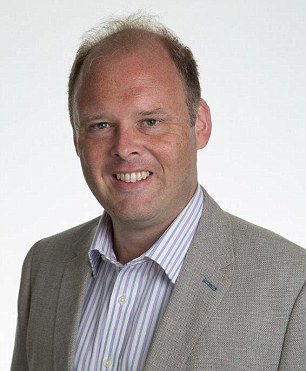 However, that isn’t what has happened and I have ended up with too many fund that have built up over time.

My Isa is built for long-term growth with heavy weightings to Japan and Asia as well as some more esoteric investments and some individual share holdings.

Most the major regions are covered with holdings in Europe, US, as well as smaller companies investments. Many of the individual shares I hold are either Special Situations or heavy-yielders such as Aviva and Lloyd’s Bank.

Interestingly this year I actually used the intelligent finance Isa (IFISA). It’s an area I have been interested in for a while and I decided to use it back in April last year. I used the Downing Crowd Bond IFISA.

However, I am very aware that this is a specialised area and that for many investors it isn’t suitable.

Therefore as a last minute Isa suggestion, or even a first minute I will tell you what funds I have bought recently in my stocks and shares Isa (I had some uninvested cash sitting in it).

My favoured long-term area for investment is still Asia and emerging markets. It has been for the last few years and remains the case.

The story in my view stacks up, especially in a world that is growing reasonably strongly.

In addition to this, the other funds I have invested in recently in my Isa both play on a similar theme, cheap UK.

Temple Bar Investment Trust run by Alastair Mundy and M&G Recovery managed by Tom Dobell are the two I invested in.

The other area I am still very keen on is Japan and my largest weight is in Man GLG Japan Core Alpha – an excellent long term holding.

How I am investing for my kids

Darius invests monthly for his children’s Junior Isas – £250 a month each and then tops up at the end of the tax year. He takes a very high-risk approach as the children, aged eight and 10, can’t access the money until they’re 18.

India is his favourite emerging market for the long term, given its great demographics, young and educated population and the fact that Narendra Modi, India’s Prime Minister, is putting through many pro-business reforms. 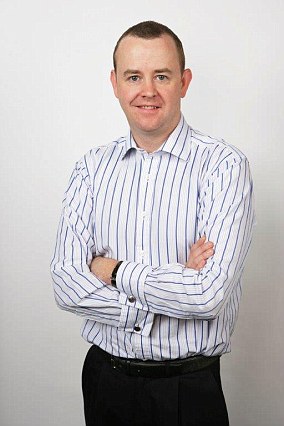 ‘Latin America’s prospects are also improving. Mexico is doing well, despite Trump’s efforts, interest rates in Brazil have collapsed and inflation is falling (as is the debt) – so growth is picking up, and there are positive reforms in Argentina,’ Darius said.

He said he favours the GS India Equity Portfolio as it tries to capture the growth of the Indian economy, invests in companies of all shapes and sizes and it’s an all-round, all-weather fund with a well-resourced and experienced team, based on the ground in India and Singapore.

On the Aberdeen fund, Darius said the team’s labour-intensive and cautious approach lends itself particularly well to these volatile and less-researched equity markets.

More recently he has started allocating some of their money to Europe, Japan and the UK.

Outside of emerging markets, both Europe and Japan are his favoured equity markets.

In Europe he has chosen to add to Mirabaud Equities Europe ex UK Small & Mid – a high-conviction fund that is very different to most of its peers.

Darius said: ‘Manager Ken Nicholson aims to find the ‘hidden champions’ that other funds have missed. He ignores European politics and most macroeconomic factors, preferring to focus on individual companies.’

For Japan he has chosen T. Rowe. Price Japanese Equity.

‘After a really strong run the market hasn’t recovered as well as others since the correction in February but arguable has a lot more going for it in terms of company earnings and economic outlook under Abe,’ according to Darius.

He is a fan of the fund because the manager will adapt his investing style as needed to suit changing market conditions and his focus on companies that are undergoing corporate change – so it is well aligned with Japan’s current economic and political climate.

On the UK front, Darius opts for the LF Livingbridge Micro Cap, which invests in the UK’s smallest companies.

Darius said: ‘UK smaller companies are really unloved – money flooded out post-Brexit and hasn’t returned. They are currently at the widest discount to UK large caps since 2001 – so much better value.’