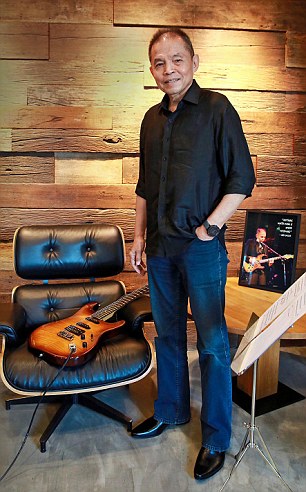 Five years before he died, Thailand’s former deputy prime minister, Boonchu Rojanastien, gave his son Krip a job that reshaped the course of his life – and his waistline.

Boonchu recuperated from the strains of high office by running and doing yoga at his beach house at Hua Hin, south of Bangkok.

Over time, he turned that private retreat for friends and family into Asia’s first wellness resort, Chiva-Som, and he wanted Krip to continue the family business.

‘He invited me to dinner, one on one, and said, ‘I’d like you to take over where I left off’,’ says Krip. ‘That shocked me – I never thought he would say that.’

Back then, in 2002, Rojanastien was a banker. At the grindstone in the retail division of Bangkok Bank, he was more interested in balancing the books than his chakras.

He had only visited Chiva-Som for the first time a few years earlier, after his boss at the bank pointed out that one day he would be responsible for making the interest payments on the seven-acre resort’s 700 million baht (£16 million) loan.

‘That shocked me. I had sleepless nights,’ he says. ‘When my father started Chiva-Som, I didn’t want anything to do with it.’

All that changed when he checked in, tipping the scales at 80kg, and was offered a choice of losing weight by running or swimming.

He chose the former and lost 20kg in six months, plus a further 5kg as he maintained his new-found lifestyle. Within a year, he ran his first marathon.

‘I had to get new clothes made three times,’ he says. ‘People at the bank thought I was sick.’

Rojanastien has now been chairman and chief executive of the Chiva-Som resorts business – the name is Thai for ‘Haven of Life’ – for 11 years.

He is 67, but looks far younger, and is committed to staving off the potential ‘crisis situation’ caused by the ageing population. 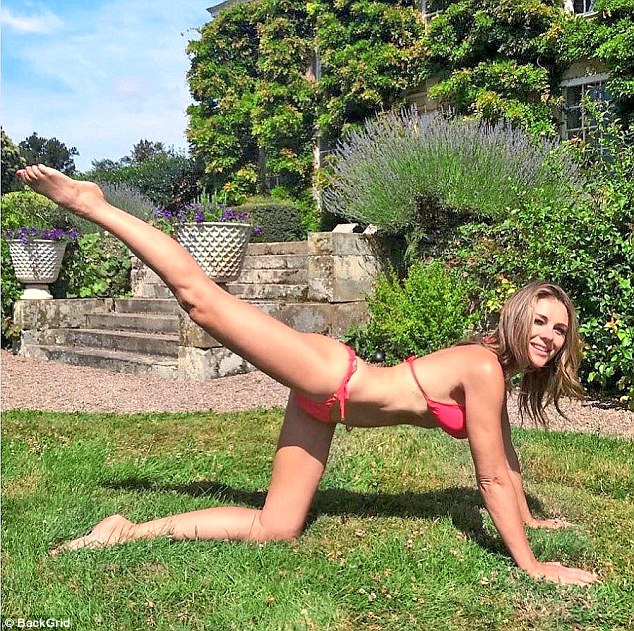 Despite its popularity, Chiva-Som is reluctant to disclose figures for turnover or profit

The World Health Organisation estimates that 20 per cent of the world’s population – around two billion people – will be over 60 by 2050. He wants to make sure more of them stay fit for longer.

Rojanastien says the £3 trillion global feelgood industry, incorporating everything from spas to fitness and ‘wellness tourism’, is ‘the key to the future of our planet’.

‘In the US and Japan governments spend 10 per cent of GDP on healthcare. Imagine how much that will rise in the next 30 to 40 years. We have to prevent illness so people can age happily and gracefully.’

LIFE AND TIMES OF THE ELVIS-LOVING LIFESTYLE GURU

Family: Married with one son, an architect.

Fitness: Running. He ran his first marathon aged 49 and will take part in the Tokyo marathon in March next year.

Interests: Rojanastien plays in the rock band Tang Kay Rumble and likes The Rolling Stones, Joe Cocker, Jimi Hendrix, Simon and Garfunkel and Elvis. In the 1960s he bumped into Paul McCartney in a Mayfair club called Revolution. He says: ‘It was a heck of a place.’

Education: He went to boarding school in the UK, at Bedales in Hampshire, which he says was ‘avant garde for its time’. He adds: ‘I wasn’t good in a disciplined school.’

Career: Studied political science and international relations at the New School for Social Research in New York before returning to Thailand and getting a job at Bangkok Bank. He stayed on the retail side of the bank for 22 years, eventually running its credit card arm. 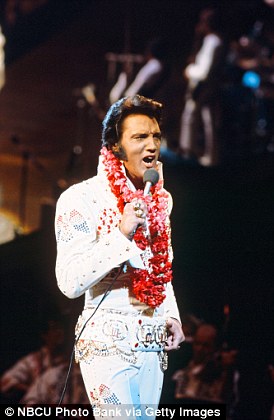 Most of its clients come from the UK, including a high proportion of bankers and business owners who are keen to lose weight and fix stress-related conditions such as high blood pressure and insomnia.

Treatments range from colonic irrigation to energy healing, emotional freedom techniques to let go of negativity, and ‘aesthetic beauty’, or non-invasive cosmetic procedures. All are based on the spa’s mantra of ‘sustainable wellness’.

‘It can be a bootcamp, if you wish, but we don’t advocate that,’ says Rojanastien. ‘It’s about achieving your own goals in your own way.’

All this detoxing in 480-square-foot-plus suites on the Gulf of Thailand’s shores doesn’t come cheap. A stay at Chiva-Som costs from £750 a night. But Rojanastien says more than half his clients return every year as ‘an investment in their health’. A Middle Eastern businessman stayed for a record nine months and lost 60kg.

Despite its popularity, Chiva-Som is reluctant to disclose figures for turnover or profit. When pressed, Rojanastien says the spa’s ongoing £18 million renovation – phase three of which is set to be completed in November – has been financed without taking on debt.

‘We could do that without batting an eyelid,’ he says. ‘We have not had to borrow a single cent.’

His firm, Chiva-Som International Health Resorts, is backed by ‘international corporate investors’ and his family still owns a third of the firm.

The business is expanding to Indonesia, where it plans to open a second spa on Bintan island, which is 45 minutes by ferry from Singapore, or ‘an hour by yacht’.

The new spa will be ten times the size of the first resort and will cost an estimated £50 million to build, excluding the cost of the land.

It is a partnership with Malaysian property tycoon Mark Wee, whose Landmarks investment group owns a string of hotels in Malaysia.

‘He will invest and Chiva-Som will have the management contract to run the resort,’ says Rojanastien.

The spa is being designed by Belgian architect Jean-Michel Gathy, and will have half a mile of private beach next to 40 acres of mangrove forest. It will sit within Landmarks’ 850-acre Treasure Bay development, which will include 37 villas each costing about £4 million.

‘The resort side will be very much like Chiva-Som, but the residential side is more open. For instance, it can accommodate children,’ says Rojanastien, a policy that will widen Chiva-Som’s appeal.

In Thailand, Rojanastien has taken his jet-set clients’ concerns about their carbon footprint on board by investing in the preservation of a seven-acre mangrove forest in Hua Hin. 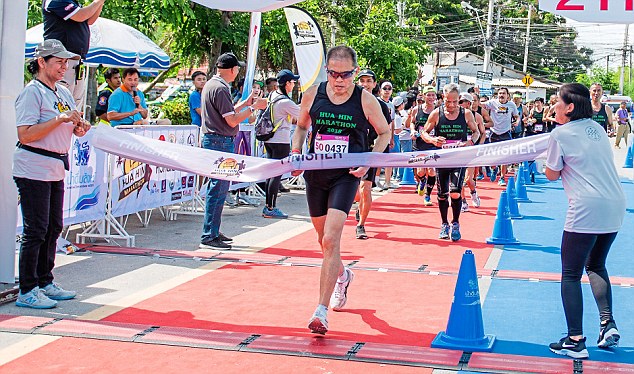 The land, which has a commercial value of about £10 million, is owned by a Buddhist temple, and could have been a target for less sympathetic developers, he says, adding: ‘Guests help us create a vision for the future. A lot of them care about the sustainability of the planet, and want to know what we have done to offset their carbon footprint.’

Even the boss of a spa group needs to unwind. And Rojanastien, who enjoyed London’s Swinging Sixties scene before his wellness conversion, says he ‘switches off’ from running the business by playing Elvis hits. Though he’s modest enough to realise it’s best not to give up the day job. ‘I don’t sing like him,’ he admits.