How to block those infuriating phone pests

A ban on cold calls is coming, but don’t expect it to mean the end of phone pests.

Here, our helpful guide shows how to take matters into your own hands and protect yourself against nuisance calls.

Britons were bombarded with 3.9 billion nuisance phone calls and text messages last year — the equivalent of 7,420 every minute, according to watchdog Ofcom.

The Government has pledged to introduce a law by the end of the month that will ban cold calls about pensions.

This means that firms will no longer be permitted to ring people at home out of the blue and convince them to transfer their pension money into risky investments.

Ministers have also promised to crack down on nuisance calls from claims management companies.

But no one knows when all these new rules will come into force. For now, you should register your phone number with the Telephone Preference Service online at tpsonline.org.uk or by calling 0345 070 0707.

Once your number is on this list it is illegal for companies to cold call and try to sell you something.

If caught, firms face a fine of up to £500,000 by the watchdog, the Information Commissioner’s Office.

However, signing up won’t stop all nuisance calls. The rules don’t apply to call centres based abroad, and typically don’t deter fraudsters who are breaking the law anyway.

If you tell a firm that you no longer want to receive sales or fundraising calls they must stop.

So if you’ve accidentally given consent to a company to contact you — by ticking the wrong box on a form, for example — request you are taken off.

Many major telecoms companies now offer their own call blocking services. If you are with BT, you can sign up for BT Protect.

The telecoms giant has compiled a list of known nuisance callers, and this free service will block any number on that list so callers can’t get through.

If nuisance calls do slip through the net, make a note of the number and ask BT to add them to your blacklist. You can add up to 100 extra numbers to its existing list. 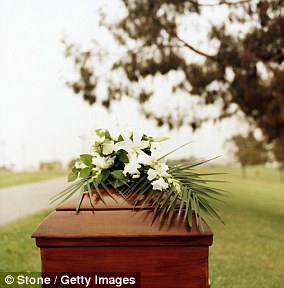 Criminal gangs are scanning newspapers and websites for notices about deaths

Fraudsters are duping grieving widows out of their life savings by claiming to be clairvoyants who will contact their loved ones for a fee.

Criminal gangs based overseas are scanning newspapers and websites for notices about deaths.

They then ring widows and widowers or send them letters offering to help them speak to their dead spouse in return for a charge of between £10 and £50.

In one case, a widow in her 70s received 15 such scam letters a week from crooks offering to contact her husband.

Each time she would send £10 to £40 to the scammers — most of her disposable income — before Trading Standards intervened.

Criminals sometimes also claim to be able to give victims winning lottery numbers, or offer to remove a curse.

Anyone who receives a letter or call from someone claiming to be a clairvoyant should ignore it or report it to Action Fraud on 0300 123 2040.

Sky customers can sign up for its free Talk Shield service — but you must have both a landline and internet with the firm.

This requires callers to state their name and where they are calling from before they can be put through. Then, instead of your phone just ringing, you will be played their message so you can decide if you want to pick up.

If you don’t want to answer you can refuse the call and put the number on your block list. Friends and family can be added to a list of safe callers so they will get through every time.

For the service to work, you must have a home phone which displays the numbers of callers on a screen.

It has a national database of known unwanted callers that it blocks from getting through, and you can add further numbers to the list.

It also offers a service that will reject calls from anyone who withholds their number.

TalkTalk automatically creates a list of approved callers from your regularly dialled numbers so friends and family members can get straight through.

You may want to invest in a standalone call-blocking gadget such as a trueCall device.

This is a small plastic device that plugs in between your phone and the wall socket.

It also intercepts calls to request that the caller states their name before being put through, and you can add numbers to a block or safe list.

If the caller refuses to state their name, your phone won’t even ring as they will be blocked automatically.

Trading Standards has a small number of these gadgets to give away for free, so call your local council to see if you qualify. 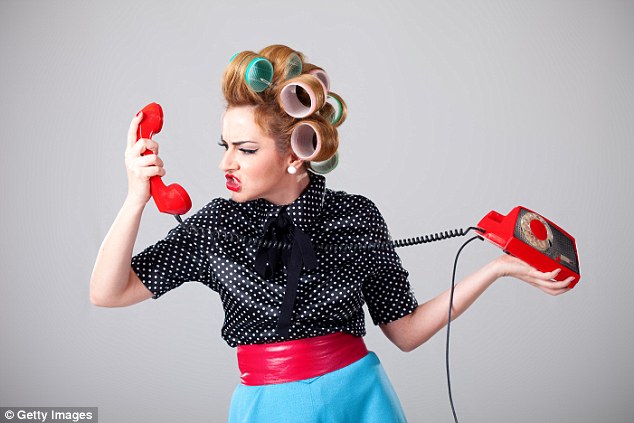 Fight back: Many major telecoms companies now offer their own call blocking services. If you are with BT, you can sign up for BT Protect

Alternatively, you can buy the device for £100 (visit truecall.co.uk or call 0800 0 336 330). There are other gadgets for sale, but reviews are mixed so take care before handing over any money.

You can also buy a home phone with a built-in call screening answerphone such as the BT Decor 2600 Premium Nuisance Call Blocker for £34.99.

It comes with a trueCall device already installed, which requires the person on the end of the phone to speak their name before they get through so you can choose to ignore them if you want.

Never buy a nuisance call- blocking device or service from a cold caller. Money Mail has previously exposed how elderly victims have been targeted by salesmen flogging expensive gadgets they can’t use.

There have also been reports of fraudsters masquerading as the Telephone Preference Service. The real service is free and no one would never call you out of the blue asking you to sign up.

If you are plagued by calls from a particular number try looking it up using the website whocalls me.com. Enter the phone number into the box, and if the website recognises it, the name of the company should pop up.

It may also show you comments made by other people who have received calls from that number. If you are worried the caller is a fraudster, or feel harassed, you can leave a note warning others about your experience.

There is also a forum where groups of people can discuss their interactions with nuisance calls.

Register your mobile phone number with the Telephone Preference Service by texting ‘TPS’ and your email address to 85095.

You can also report nuisance callers by texting ‘CALL’ to 7726.

When you do this, your mobile phone provider will reply instantly with an automated message asking you to text the spam caller’s number so it can investigate.

Hamish MacLeod, director of trade body Mobile UK, says: ‘Doing this will help build up a central database which can be used to gather intelligence and even to prosecute nuisance callers who break the rules.’ 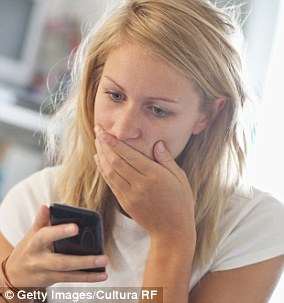 Report spam texts to your mobile company by forwarding the text to ‘7726’ free of charge.

If you have an iPhone, hold your finger on the message until a menu pops up.

Select ‘more’ and then look for the blue arrow in the bottom right hand side of your screen.

You can also block the number so you do not receive any more messages.

There’s a blue circle with an ‘i’ in it for information on the top right of the screen, within the nuisance message. Tap this, then the grey arrow in the top right — the list of options will include the choice to ‘block this caller’.

You can also report text messages online to the Information Commissioner’s Office at ico.org.uk or by calling 0303 123 1113.

The watchdog will ask you a series of questions such as what the text was about, whether you had a previous relationship with the firm that contacted you, and if the message worried you.

You do not have to answer all the questions, but the more detail you can give the better.

You can also report nuisance calls this way.

However, scammers typically use multiple numbers so it’s difficult to stop all spam texts from getting through.

Many junk texts include an option to reply ‘STOP’ to prevent further messages. If you do so the company is legally required to stop sending marketing texts.

But only do this if you are sure the message is from a legitimate company, such as your mobile provider or another firm you have dealt with in the past.

If you are in any doubt, ignore it. Replying just confirms to the firm that your phone is active and they may hound you all the more or sell your number on to other crooks.

Watch out for messages that appear to come from your bank or the taxman.

Fraudsters are able to make it appear as though their text messages have been sent from a legitimate company.

These spoof messages are often very convincing because they appear in the same thread as other genuine texts.

To be safe, never click on any link or call a number given to you in an unexpected text message — even if it claims your account has been suspended or blocked.

If you have any concerns call the phone number on the back of your bank card or statement.

It advises people to forward any suspicious messages to 60599 (there may be a small charge if you do not have free text messages as part of your contract).

If you think the call was from a fraudster, report it to Action Fraud at actionfraud.police.uk, or by phoning 0300 123 2040.

Blocking phone numbers on a smartphone is also easy. If you have an iPhone, for example, tap on the green square icon with a picture of a phone to pull up your recent calls list.

There will be a little blue circle with an ‘i’ for information next to the nuisance caller’s number.

Tap on this, scroll to the bottom of the list of options and select ‘block this caller’.

You can also download the free TPS Protect app which will help identify different types of nuisance calls.

If a number is in the app’s database because it’s been reported by another user, a message will pop up telling you what type of company is calling.

For example, it might say ‘insurance’ or ‘PPI’. It will also tell you if the number is a ‘suspected scam’. You can then reject the call and use your phone’s settings to block it for ever.

You can also report numbers by filling out a few details on the app, which will help other users. Details of reported calls will be passed on to the watchdog, the Information Commissioner’s Office.

The app also gives telephone numbers a ‘trust score’ of between one and five, where one is likely to be a scam and five a company with a low number of complaints.

But these are not always accurate so stay vigilant.

For 99p a month you can add numbers to an automatic block list so that your phone doesn’t ring when they call.

But remember, you can already do this for free as we explain above. With the more advanced version of the app you can also choose only to accept calls above a certain trust score.

The app can’t identify calls that come from a withheld number.

Instead, you may want to decline them so they are diverted to your voicemail.