High house prices make buying a home as a couple tough, but for an individual getting on the property ladder can seem all but impossible.

Without the extra borrowing power that two salaries can bring, even those who can raise a decent deposit will find buying solo can give them a mortgage headache.

It’s no surprise, therefore that an increasing number of young couples are considering taking out joint mortgages early on in their relationships – or buying with friends and family to clamber on the housing ladder. 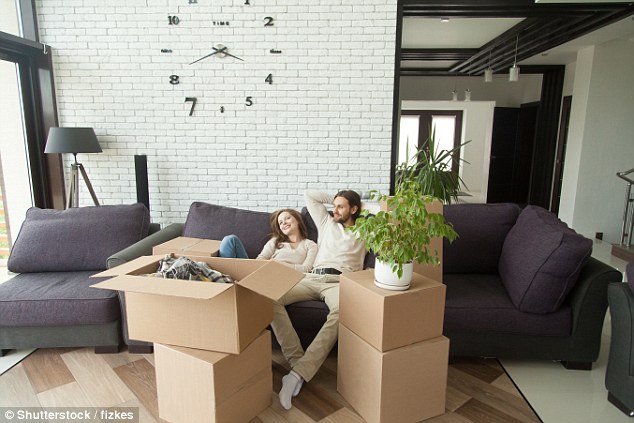 A study has revealed that almost two-thirds of millennials believe buying a house with their significant other is a bigger commitment than getting married – and should be prioritised as such.

The research, from Barclays Mortgages, revealed that young couples in the North East are most likely to buy a house first, with 51 per cent saying they would put a mortgage over marriage

Southerners are keener to tie the knot than their northern counterparts, or simply find have put off buying due to more expensive property. In London, 33 per cent of couples would choose to secure the keys to their first home before walking down the aisle.

Hannah Bernard, head of mortgages at Barclays, said: ‘With house prices at an all-time high, it’s no surprise that young couples see a joint mortgage as the ultimate act of modern-day commitment.’

But it’s not just young couples who are committing to mortgages outside of marriage –  buying with friends or siblings is becoming an increasingly popular option for aspiring homeowners, according to research from M&S Bank.

Its research showed that 60 per cent of those aged 18 to 35 said they would consider taking out a mortgage as a group to make home ownership a reality, compared to just 26 per cent of people aged over 36.

Buying a house with friends or a partner: how to protect yourself

If you’re planning on buying a home with your other half or are looking to buy with friends, there can be serious financial risks involved if you don’t take the right precautions.

The survey found that a fifth of millennials do not believe they will be ever be in a position to own their own home.

Paul Stokes of M&S Bank said: ‘Many young people are trapped in Generation Rent because house prices seem increasingly out of reach.

‘For many, home ownership appears possible only through sacrificing certain aspects of their current lifestyle – be that moving to a different area, moving to a smaller property than they’re renting, or seeing their disposable income take a significant hit.

‘But our research has shown that millennials are keen for an alternative option – and joint home ownership is one of them.’ 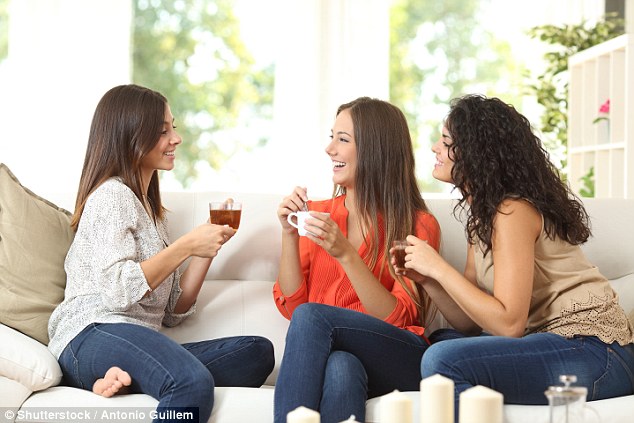 What are the risks of buddying up to buy?

Buying with friends or as an unmarried couple may give young people a foot onto the property ladder that they wouldn’t have otherwise had, but there can be serious financial risks involved if the right steps aren’t taken.

The risks involve everything from unequal deposits or mortgage contributions failing to be properly accounted for when the property is eventually sold, to one person wanting to move out while the other wants to remain.

These are issues for both those buying as a couple, or with friends.

While marriage comes with a series of legal protections in the event of divorce, for unmarried cohabitants a break down in the relationship could see awkward negotiations.

Aside from added legal costs, there is also the risk of one party wanting to sell their share of the property before the other – and of course there is the issue of who gets what once the property is sold.

There are some simple steps you can take however to protect yourself against complications further down the line.

Traditionally, homes have been owned as joint tenants.

As joint tenants, the home’s equity is owned equally, regardless of what was individually contributed in terms of a deposit.

If one party dies then ownership of the property will automatically transfer to the other owner. If a couple split up then the default position is that you both own the property equally.

As joint tenants you cannot leave a portion of your home to anyone else in your will.

Buying and owning as ‘tenants in common’ rather than joint tenants can mean that each person owns a defined part of the property, whether this is 50 / 50 or unequal shares.

Taking measures such as signing a ‘declaration of trust’ can help ensure you and your co-buyers get back what you put in when it comes time to sell the property – or protect you in the event that your co-owner dies.

The declaration of trust can include:

Those buying with friends, family, or a partner should discuss these matters and how to own the property with their solicitor and agree things before going ahead with a purchase, particularly if putting in unequal shares.