How to escape the higher household bill trap – and save £2,000 a year


Millions of households are routinely overpaying or losing out by hundreds of pounds a year by falling victim to the ‘default penalty’ sting – one that shunts people into poor financial deals and costs £8 billion a year.

Here we show how you can escape these traps – and boost your annual household budget by £2,000 by switching deals. 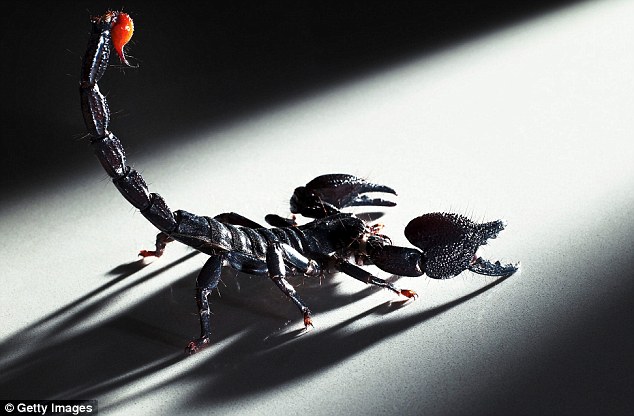 Anyone who has not changed their energy tariff or provider for several years is likely to be one of the 12 million customers wasting hundreds of pounds a year on a poor deal. With suppliers increasing standard prices for gas and electricity in recent weeks these deals are getting poorer.

The average standard variable tariff of the biggest energy providers – holding 78 per cent of the market – is £1,185. Yet challengers charge around £300 less for average usage.

Customers do not have to find the cheapest deal possible from a provider they have never heard of. Most important is to ditch the default tariff to save money. This is done either by asking an existing provider for a cheaper plan or by switching to a different company with keener prices.

Anyone nervous about switching will be buoyed by news that energy regulator Ofgem is forcing suppliers to automatically compensate customers for transfer errors – £30 per problem.

CASE STUDY: I was rolled over to a costly mortgage

Business intelligence analyst Betül Korkmaz fell into the default trap with her mortgage – overpaying £5,000 a year before taking action to escape.

The 37-year-old grew up in Sweden but has lived in the UK for nearly two decades. Ten years ago, under the shared ownership scheme, she bought a 30 per cent share in a flat in Stoke Newington, North-East London. At the time she was grateful to be accepted by a lender.

But in the years that followed her loan rolled over on to a standard variable rate, on which she paid more than 5 per cent, and on an interest-only mortgage. So she was not even repaying part of the loan.

When she enquired about other mortgages with her lender she was made to feel ‘lucky’ to have any type of deal at all.

Betül says: ‘Given the amount I paid was low compared to renting and I was financially comfortable, it took me a long time to realise I could have been paying a lower interest rate.’ Earlier this year she increased her share in the flat to 70 per cent. She researched mortgages and saw an advert for fee-free online broker Habito. With its help she found a new deal at 1.89 per cent with Atom – a bank that interacts with customers via smartphone.

Betül is a keen traveller and plans to use the savings she has made to visit Cuba.

She adds: ‘Remortgaging was not difficult to do in the end. My advice to others is to take responsibility of knowing more about your mortgage and use a broker to help you.’

The new rules should be in force by the end of this year.

Computer users stand to gain the most from making a change as online suppliers are cheaper. Also, a new wave of online services claim to eliminate hassle by organising regular switches on your behalf.

These companies include Labrador, Switchd, Flipper and Look After My Bills. Jane Lucy, founder of Labrador, was keen to disrupt the retail energy market after her own rotten experience.

She was threatened with court action by one energy supplier for an unpaid debt while simultaneously receiving a refund for overpayment on her account.

She says: ‘Mine is a common story and I do not like companies getting away with behaving like that.’ Lucy believes few people switch because it is a ‘notoriously boring and confusing’ market. She adds: ‘Complexity works to the supplier’s advantage. This means people are overpaying billions of pounds every year.’

Customers relying on Ofgem’s ‘price cap’ to be introduced later this year should not assume they will be protected from overpaying. There will still be a sizeable gap between the cheapest and most expensive tariffs.

Some £160 billion of cash is sitting in accounts paying no interest according to the Building Societies Association.

Much of this will have been dumped into poor-paying accounts after an initial bonus expired or a previous bond matured many years ago. For others it is the only option for easy access cash savings provided by their bank.

The average rate of the five best easy access accounts is now 1.29 per cent – which means owners of the cash pile earning no interest are losing out by around £2 billion a year. In reality the loss is likely to be even greater because it is not only easy access accounts where customer cash attracts poor rates. Many bonds and Isas pay meagre interest.

There are three ‘default’ outcomes for savers who do nothing. Their account rolls over into another bond at the prevailing rate with money locked away for another set term. Or money is moved into a ‘maturity’ account most likely paying a dreadful rate. Or money is redirected into your bank account which is likely to pay no interest. 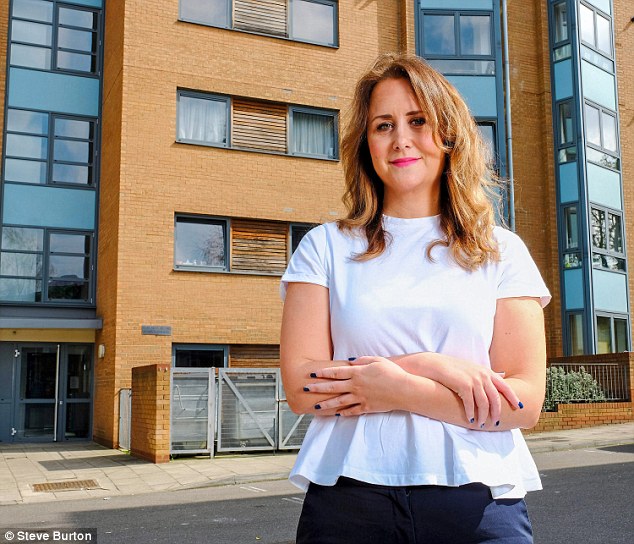 Loan trap: Betül Korkmaz was paying £5,000 a year more than she needed to

Savers have an average of £25,000 in cash according to the Financial Conduct Authority, the City’s regulator. With average interest rates from banks and building societies often one per cent lower than best buys, this means people are losing out on an average £250 a year.

Those with bigger deposits face the biggest ‘default’ penalties. For example, someone over the age of 65 with typical cash savings of £45,000 is missing out on an extra £450 a year.

Anna Bowes, of rate scrutineer Savings Champion, says: ‘Some providers rely on customers leaving their money languishing in an account paying a poor rate of interest. It is your responsibility to make sure they do not win.’

Make a note of when a savings bond is maturing or a bonus is ending – and do not ignore paperwork and emails reminding you to act. Bowes says: ‘The big banks do not need to provide decent rates, so people who leave money with them for ease are throwing interest away.’ 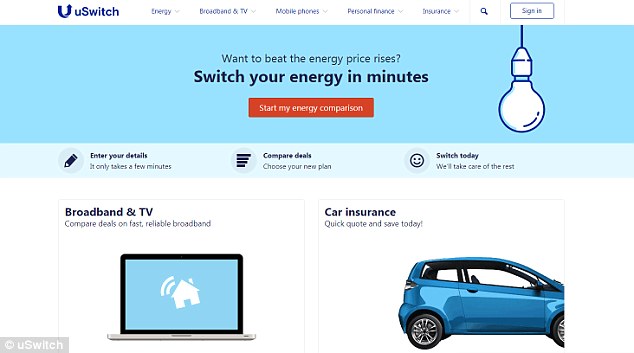 Use websites such as uSwitch, broadbandchoices or Simplify- Digital to find a cheaper offer for internet, phone and TV deals

Its concierge service takes on the entire project of finding the best accounts – managing paperwork and spreading the money so it is protected by the Financial Services Compensation Scheme. It appeals to customers with £250,000 or more and there is a one-off fee of 0.15 per cent – subject to a minimum £500.

Octopus Cash finds the best rate from challengers to high street institutions – including the likes of Aldermore and Close Brothers Savings. It only requires minimum savings of £1,000. ‘Offline’ savers who do not want to bank via computer should look to Halifax, Nationwide, Metro Bank and local building societies for attractive rates.

Around 800,000 homeowners have been on their mortgage lender’s default rate for longer than six months despite being financially fit enough for a cheaper home loan. These customers could pay £1,000 a year less for the roof over their heads.

Most homeowners initially pick a mortgage deal that lasts for a specified number of years. Once that deal expires, customers are moved to their lender’s standard variable rate. These default rates are often expensive and sometimes double the cost of alternative loans. 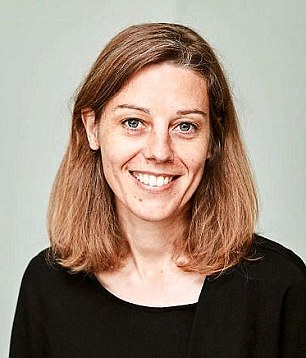 But many people are not aware they can switch and fear the consequences of applying for a new loan elsewhere. Daniel Hegarty is founder of online mortgage broker Habito. He says: ‘People have a misplaced fear of mortgages. They believe they are complicated while many worry that by trying to remortgage they may get rejected, putting them in danger of losing their home. No one should be left overpaying on their mortgage when they do not need to.’

Before applying for a new mortgage deal check your credit file for accuracy. It details your history of repaying debt and prospective lenders will view it before making decisions about whether to grant you a loan. Access your file using websites such as ClearScore or noddle.

Then collect all necessary paperwork such as bank statements and proof of address. Use a broker to find the right deal such as London & Country or John Charcol. There is also a new breed of online mortgage broker such as Habito and Trussle to choose from. Think about what type of mortgage you want. For example, fixed or variable; long-term or short term; and traditional or offset against savings.

The vast majority of new contracts for broadband and phone deals include a discount masking the real price – typically around 20 per cent more.

So after the contract term ends, prices automatically shift to the higher rate until customers renegotiate with their provider or sign up to a new company. This leap in monthly payments can cost hundreds of pounds a year.

Many mobile customers overpay for their phone too. Pay monthly contracts include the cost of the phone itself as well as usage. But customers routinely continue to pay the same price each month long after they have paid off the cost of the handset. This means they are paying a higher default tariff for calls, texts and data.

Communications regulator Ofcom recently highlighted this problem, pointing out that millions of customers stand to save money by renewing or switching contracts.

Use websites such as uSwitch, broadbandchoices or Simplify- Digital to find a cheaper offer for internet, phone and TV deals.

If you want to stay with the same provider contact the company to haggle for a cheaper price. This will likely involve entering a new contract for a set term – 12 months for example. Threatening to take your custom elsewhere might help your case, though you should be prepared to follow through if they take a tough stance.

If your mobile phone contract ended long ago then contact your provider to ask for a better tariff or an upgrade if you want a new phone. If you are happy to keep your phone then search for sim-only deals using a price comparison website.

You can also find information about the best and worst companies for service, as rated by their customers, at ofcom.org.uk.