How to go to a music festival without spending a fortune

Festival season is here.  There is no Glastonbury but those who enjoy their live music irrespective of the vagaries of the British weather are still spoilt for choice.

Here, we look at how you can experience the festival season without having to dig too deep.

Plan ahead for big names

The music festival has come of age. It is no longer about muddy fields, poor toilet facilities and flower power. It is a slickly run industry with more than a hundred events nationwide from which to choose, catering for a wide range of tastes and budgets. 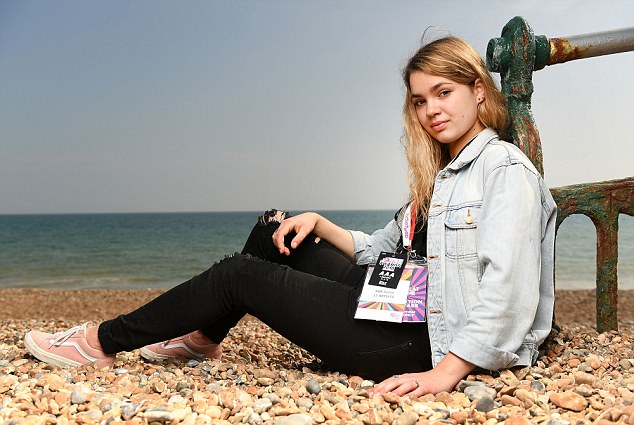 This Thursday sees the start of the Isle of Wight Festival that has a heritage stretching back to 1968. It was axed after 1970, when Jimi Hendrix was the main act, and then resurrected 16 years ago. This year, highlights are The Killers, Van Morrison and Kasabian. A Saturday ticket will set you back £75, plus a £5.50 fee. A weekend ticket including camping costs £209 plus a £14.20 booking fee.

Other major festivals include the four-day BoomTown Fair in Hampshire between August 9 and 12 with tickets costing £236 plus a £7.50 booking fee. Headline acts include Gorillaz, Die Antwoord and Limp Bizkit.

The Rize Festival, which replaces the V Festival, takes place at Chelmsford on August 17 and 18. Top line acts include Liam Gallagher, Manic Street Preachers and Stereophonics.

Then there are the Reading and Leeds festivals (August 24 to 26). For either venue, a Saturday ticket costs £69.50 plus a £7 booking fee. Weekend camping tickets cost £205 plus a £16.40 fee. On stage will be Kings of Leon, Kendrick Lamar and Fall Out Boy. 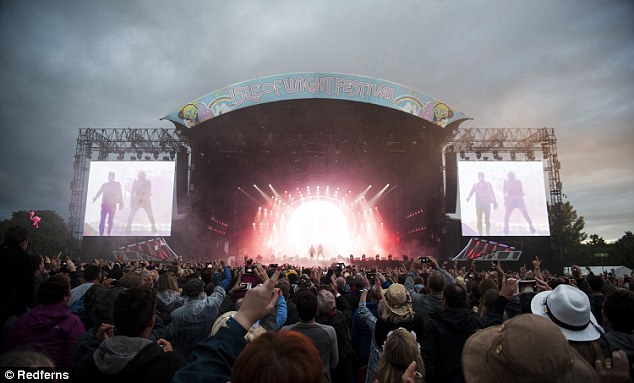 The big stage: The Isle of Wight festival kicks off on Thursday

It is vital to book ahead to avoid ticket disappointment. Also, share the experience with family and friends to make it more enjoyable and cut travel costs. Those taking public transport will find it is cheaper to book a train in advance. Be aware that buses laid on for revellers can sell out in advance.

Discover the value of smaller gigs

A number of small venues provide festival fun for a fraction of the price of the bigger offerings.  Nainesh Mehta runs the Summer Festival Guide website and he says the nature of festivals is changing.

He says: ‘There is a lot more hip hop and grime music around these days. Those who want something more traditional may find that a smaller festival with crowds of perhaps 5,000 or less will be more appealing. Many of these festivals are family orientated so everyone has fun.’

He suggests families should consider festivals such as Standon Calling, Hertfordshire, between July 26 and 29. Day tickets cost £65 plus a £5.92 booking fee – or £159 plus £12.74 for the weekend. Top attractions include Bryan Ferry and Paloma Faith.

Those seeking a bit of punk should consider Rebellion Festivals in Blackpool from August 2 to 5. It features bands such as John Lydon’s Public Image Limited and Stiff Little Fingers. You can share in the anarchy with a £60 day ticket.

Paul Reed, chief executive of The Association of Independent Festivals, says: ‘Some of these festivals have evolved out of parties that simply got out of hand. The smaller festivals tend to be about a huge love of music.’ A full list of festivals, including line-ups and prices, is available at Summer Festival Guide.

Be wary of ticket touts

Festival-goers should be wary of buying tickets on the second-hand market. Websites such as StubHub, GetMeIn, Seatwave and Viagogo offer a marketplace for ticket trading but there can be onerous charges that make the final price poor value.

Viagogo was recently referred to National Trading Standards by the Advertising Standards Authority for failing to make additional fees clear. 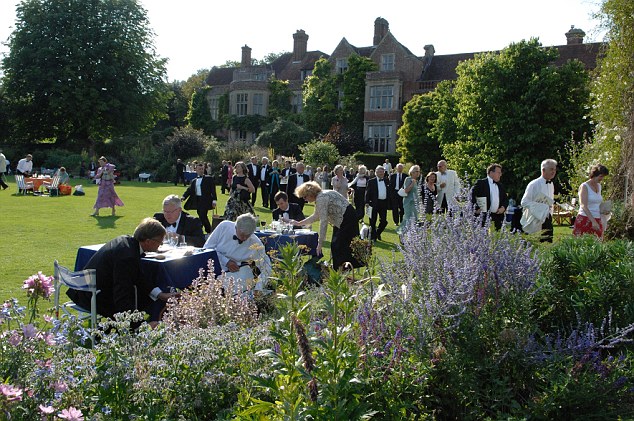 Musical chairs: For those who enjoy classical music, open air opera is a natural choice. Glyndebourne in East Sussex is one of the most celebrated venues

Other big resellers were criticised for adding VAT, booking and delivery fees at the end of the buying process, but have agreed to clean up their act. Last month, pop star Ed Sheeran cancelled more than 10,000 tickets for a forthcoming tour to escape the ‘unethical practices’ of touts. Any tickets that were listed for resale on websites such as Viagogo were cancelled with £240,000 refunded to fans.

Adam French, of consumer group Which?, believes ticket traders such as Twickets, Scarlet Mist and phone app Dice, are better value as ticket sellers are not allowed to charge more than the ticket’s face value.

If buying second-hand, pay using your credit card. This is because you can seek redress from the card provider under Section 75 of the Consumer Credit Act 1974 if any tickets costing more than £100 fail to turn up in the post.

Volunteer for a free ticket

An army of volunteers and paid workers are required for concerts, providing everything from first-aid, media support, through to litter picking. Details of volunteering vacancies are often available on festival websites.

You may have left it too late to offer support this year but there is no harm in contacting organisers and asking whether there are any opportunities.

Napsugar Bardocz gets to enjoy festivals for free by offering support to bands and working as a talent scout. The 21-year-old is a student at the British & Irish Modern Music Institute in Brighton.

She says: ‘You cannot compare the feeling of being in a crowd when the music comes on. There is a sense of joy you only experience at a concert. It is all about the music and enjoying the moment.’

She adds: ‘I am fortunate as my course has enabled me to make contacts that will hopefully lead to a career in music management. When assisting bands you rarely come across musicians acting like prima donnas. “Cider or beer?” is the first question I always ask.’

Among Napsugar’s open air concert favourites she has helped at is the Barn On The Farm near Gloucester (July 5 to 8), 2000trees Music Festival (July 12 to 14) near Cheltenham, and the Y Not Festival in Pikehall, Derbyshire (July 26 to 29).

If you fancy putting on your evening wear, here’s a classic idea…

For those who enjoy classical music, open air opera is a natural choice. Glyndebourne in East Sussex is one of the most celebrated venues, famed for its glorious stately home garden setting and picnic grounds.

Highlights this year include Madama Butterfly by Puccini until July 18 and Giulio Cesare by Handel running until July 28. Tickets sell out fast but are not cheap – they can be £260 for the stalls. You will also need a dinner jacket or evening dress.

Another great open-air option is Opera Holland Park, in West London. Cosi Fan Tutte by Mozart runs until Friday. Seats cost between £20 and £80 and you need not dress up. Other favourites include Garsington Opera in Oxfordshire. This year Mozart’s Die Zauberflöte will be playing until July 21. You can expect to pay £165 to £215 for a seat.

The Grange Festival in Hampshire is hosting Rossini’s The Barber Of Seville until the end of the month. Although the best seats in the house cost £180, a ‘perch seat’ will only set you back £10.

Alternatively, you could book a flight to Northern Italy to visit the Roman amphitheatre Arena di Verona built in about 30AD. Bizet’s Carmen and Aida by Verdi are among the star attractions this summer – running until August 31 and September 1 respectively.

Turn up and sit on a stone seat for €25 (£22) or spend almost £200 for an upholstered seat closer to the stage. Return flights to Verona from the UK can be picked up for £100 and a basic bed-and-breakfast should cost around £60.