How to reverse the rip-off phone charges

Mobile phone users who are being charged for receiving nuisance texts are fighting an uphill battle to get their money back. They are often forced to deal direct with the obscure companies behind the unwanted messages as their network provider – which profits from the texts – refuses to intervene.

The Mail on Sunday has shone a spotlight on rip-off premium rate texts in recent months – and received strong backing from MPs who are now demanding better consumer protection from the regulators.

A plethora of online companies – providing competitions, lottery updates, games and X-rated content – are involved in the scandal, sending frequent messages to subscribers as part of their ‘service’. 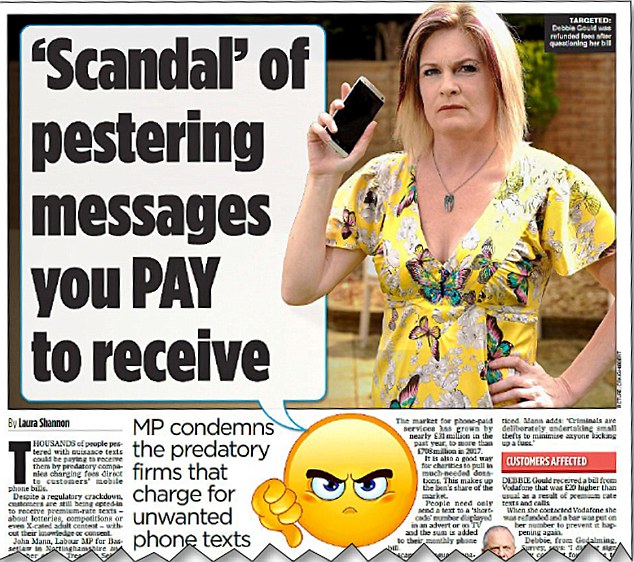 They charge up to £4.50 per text via customers’ mobile phone bills. Yet many customers say they never subscribed and instantly deleted the messages believing they were spam. Small sums added to phone bills can go unnoticed but when paid over several months or even years, the money lost to nuisance texts is significant.

Unhappy consumers say securing refunds is extremely difficult because no one is prepared to take responsibility for the problem.

Mobile phone networks often profit from premium rate texts but are inconsistent in how they treat complaints from customers.

Sometimes they refund, but often they deny responsibility and refuse. Instead customers are told to contact the company with which they supposedly had a contract.

This is despite customers arguing they did not consent to being charged and have never heard of the company sending the nuisance texts.

They hit another brick wall when then told by the third party they did sign up and perhaps did not read the accompanying terms and conditions.

The ‘contract’ is supposedly established when a customer provides their phone number online and then enters a confirmation PIN delivered to their mobile. This then enables the company to start sending the annoying texts.

Yet a number of third parties have been fined by the regulator – the Phone-paid Services Authority – for failing to supply evidence that customers consented to receiving the texts. In the 12 months to April last year, the regulator found against 11 companies where consent to charge was an ‘issue’.

A number of investigations into other third parties are ongoing. 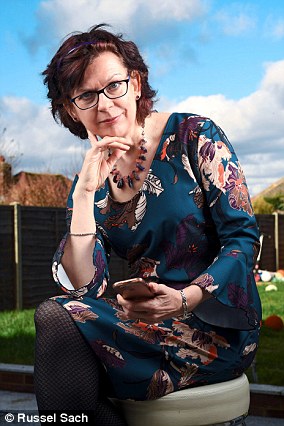 ‘Annoyed’: Paula Kelly was told to check her bills carefully

Accountant Paula Kelly is ‘annoyed and frustrated’ she cannot secure a refund from either her mobile provider or the company that sent costly and unwanted texts to her phone.

The 53-year-old only discovered a long history of charges for premium rate texts when her mobile phone contract was suspended in July last year.

When she complained to her mobile provider Virgin Media, she was told to contact WinTrivia, the company behind the texts.

At this point, it emerged she had been paying for a competition service since Christmas Day 2015 at a weekly cost of £4.50. In total, she was charged around £370. Paula, a mum to 15-year-old Maria, says: ‘This service is not something I would knowingly subscribe to.

‘Upon receipt of the texts, which I considered a nuisance, I immediately deleted them.’

WinTrivia told her: ‘Due to the service terms and conditions presented to all our consumers on our sites, we do not issue any refunds.’

It added that the service she joined is ‘compliant with necessary regulations’.

Virgin Media told The Mail on Sunday: ‘We are sorry to hear that Paula Kelly has been charged for services from a third-party she did not want.

‘To prevent her from incurring further premium rate charges for other message subscriptions, we have blocked such services from her account.’

It added: ‘We urge all customers to check their bills carefully. We also provide customers with advice about premium rate services on our website. We are happy to add a call-barring facility which prevents access to premium rate numbers to any customer who requests one.’

The Hub Group was recently fined £150,000 by the regulator and ordered to refund customers for shortcomings in how it provided its ‘Playzone’ games subscription service, which costs £4.50 a month.

The regulator received 37 complaints about the service with one complainant saying: ‘I did not sign up to this service. This is an unsolicited text, charging me £4.50 for the privilege of receiving it.’ Another pointed out that although a charge for a premium shortcode text service showed on his bill, no number or other details were given.

The regulator says The Hub Group ‘did not hold robust evidence of consent to charge for any customer signed to the service’.

Previously, Intrugo was fined £250,000 for lacking the necessary evidence that customers had subscribed to its £3-a-week glamour video subscription service.

It operated under brand names ‘Hot New Babes’ and ‘Hot Mobi Babes’ and sparked 450 complaints to the regulator.

It was recently fined a further £175,000 for continuing to charge customers after its original reprimand and before establishing a proper process proving people had signed up.

Anyone who is being charged for texts they did not consent to receive should contact the Phone-paid Services Authority. It will act on complaints it receives and fine businesses that breach its code of practice. 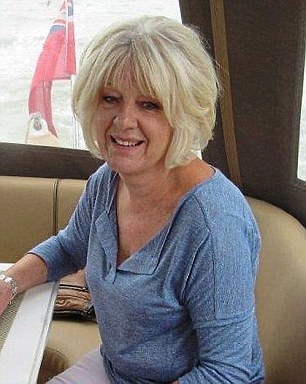 Karen Thompson was charged by mobile provider EE for a subscription to a games service between August and November last year.

Unlike Paula Kelly, she managed to secure a refund – but only after much complaining.

The 70-year-old, who refuses to use social media, was stunned to discover she paid money for mobile games such as ‘Paint the frog’ and ‘Buggy off-road racing’. One month’s charges amounted to around £20.

She says the experience of attempting to get a refund left her ‘stressed’ and ‘not in control’ of her own money.

Karen adds: ‘I am angry this happened. I think it is high time mobile companies took responsibility. It is a disgraceful practice but they refuse to admit it is a problem.’

EE insists she subscribed to the service but has credited her account with the charges she incurred ‘as a gesture of goodwill’.

It added: ‘If customers find they are being charged for services they do not remember subscribing to, we recommend they contact the third-party service provider directly.

‘We recommend customers check their bill regularly and contact our customer services team immediately if they have any questions.’

1. Trawl through old mobile bills to check for charges relating to premium rate texts that you did not request. Add up the costs and note the numbers they came from.

2. Ask your mobile phone provider for a refund. You can also ask it to place a bar on your phone blocking premium rate services. Note, this will also block services you might still want such as paying for parking or donating to charity via your mobile.

4. Be factual, succinct and dispassionate when making a complaint – and get it down in writing, keeping a record of all correspondence.

5. Escalate your case to the Phone-paid Services Authority if you do not get a satisfactory conclusion.Visit its website psauthority.org.uk or call 0300 3030020 during office hours.