A rail chief who has presided over chaos for commuters has been handed a coveted gong.

Mark Carne of Network Rail picks up a CBE – second only to a knighthood – in the Queen’s birthday honours.

Yet millions of passengers have been left stranded or have suffered delays thanks to the botched introduction of a new national railway timetable. Network Rail has been blamed squarely for the meltdown, with Transport Secretary Chris Grayling saying its planning was ‘simply unacceptable’. 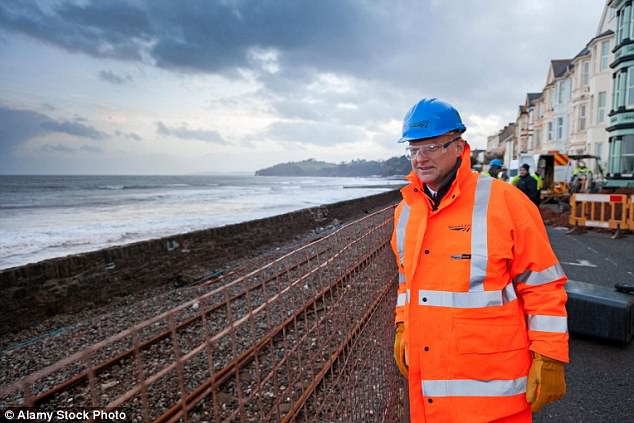 Thousands of trains have been cancelled over the past two weeks. Northern Rail has had to drop 165 daily services until the end of July and Govia Thameslink has axed dozens more across the South East.

Mr Carne’s honour is ‘a slap in the face’ for rail travellers, according to Emily Yates of the Association of British Commuters.

She added: ‘It is a sign that the rail industry is really out of touch with the real pain and suffering that people are going through – it is a pantomime.’

On a salary of £820,000 a year, Mr Carne earns five times as much as the Prime Minister and is Britain’s best-paid civil servant.

But during his four years as chief executive he has been savaged over delays to engineering works, debt levels and missed punctuality targets. He is stepping down later this year. Even the Department for Transport admitted the timing of the announcement of his CBE was ‘unfortunate’ – and the chairman of the honours committee was forced to defend the decision.

A rail union boss likened the timing of the honour to ‘rewarding the captain of the Titanic for jumping ship’. Manuel Cortes, general secretary of the Transport Salaried Staffs Association, said: ‘Frustrated passengers will see no honour in that at all.’ 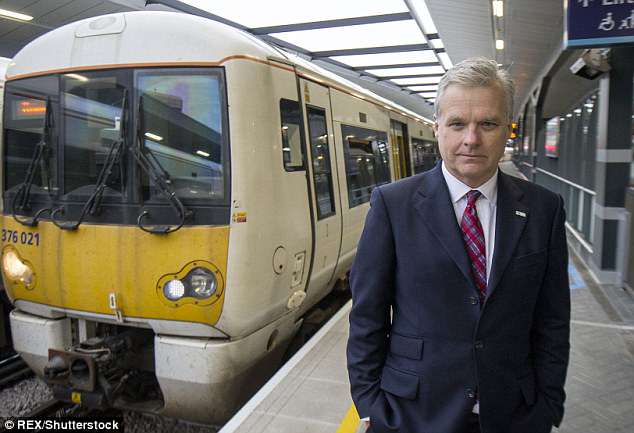 On a salary of £820,000 a year, Mr Carne earns five times as much as the Prime Minister and is Britain’s best-paid civil servant

Labour MP Wes Streeting said: ‘Gongs should honour those who’ve given outstanding public service, not dished out as rewards for failure.

‘This will go down like a cup of sick with people who’ve suffered endless rail misery.’

In total, 1,057 people received an award in the Queen’s birthday honours, including actress Emma Thompson and historian Mary Beard, who are both made dames, and former footballer Kenny Dalglish, who is knighted.

Perfumer Jo Malone gets a CBE, footballer Jermain Defoe gets an OBE for his charitable work, and 103-year-old poppy seller Rosemary Powell gets an MBE.

But the list has been overshadowed by a string of perceived ‘rewards for failure’.

A knighthood goes to David Green, director of the Serious Fraud Office, which has been responsible for a string of failed cases. Last month the SFO was humiliated when charges against Barclays were thrown out.

Les Ebdon, the former quango head charged with improving access to university, also gets a knighthood.

His tenure at the now-abolished Office for Fair Access sparked criticism after he said parents should not push all children to go to university.

David Haslam, the chairman of NICE, is knighted just days after the NHS rationing body refused to fund a drug to treat prostate cancer.

Royal Mail chief executive Moya Greene becomes a dame, even though she has overseen a period of strike action and soaring stamp costs.

Five years ago she had to return a £120,000 perk toward the cost of buying a house after the Government objected.

England’s rail system has been in chaos for the past two weeks, with passengers served by Northern and Govia Thameslink badly affected. New timetables were brought in on May 20 – but problems have forced the cancellation of thousands of trains.

The number of trains either cancelled or more than 30 minutes late on Northern and Govia Thameslink routes averaged 11 per cent and 13 per cent respectively in the first two weeks of the new timetables.

Performance on some lines was significantly worse, with many commuters having to wait on platforms for several hours.

At least 160 trains have been cancelled every day on Northern Rail, and services in the Lake District will remain suspended until further notice, at a cost of millions to the local economy. 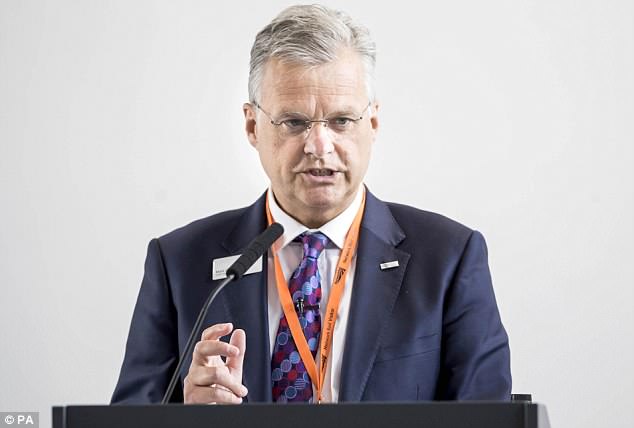 Last week Mr Carne admitted in a statement that timetables were finalised ‘significantly later than normal for reasons that were both within and without our control’. He added: ‘It has not been good enough and we know it.’ The delayed and vastly over-budget electrification of the Great Western mainline between London and Swansea was described by the Commons public accounts committee as a ‘stark example of how not to run a major project’.

Sir Jonathan Stephens, chairman of the honours committee, said last night: ‘In this case there’s a particular focus on a particular set of events at the moment, but that should not detract from the individual achievements and the work that’s been done in terms of the modernisation of the rail service over the last four years for which the award has been given.’

Network Rail chairman Sir Peter Hendy said: ‘Clearly the timing of this award is difficult given current industry issues and their effects on passengers, but we should take a step back and look at Mark’s whole career, and particularly his record over the past four and a half years and recognise, as this award does, his tremendous contribution.’

A Department for Transport spokesman said: ‘While the timing of this announcement is clearly unfortunate given current timetabling issues, that should not detract from the service Mr Carne has performed at the head of one of the country’s most important public bodies, nor from his work in improving safety and modernising our rail network.’

But Labour MP John Mann said: ‘This is one of the most extraordinary rewards for failure. Can you imagine the anger as commuters read about this on delayed trains and at stations?’