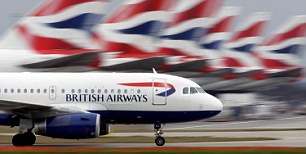 British Airways owner IAG will ditch its stake in budget airline Norwegian if its bid to take over the carrier proves unsuccessful.

Chief executive Willie Walsh said IAG was still interested in making a swoop for Norwegian but added there were no active discussions taking place.

IAG bought a 4.6 per cent stake earlier this year with a view to making a full offer for the airline.

‘If we decide that we’re not going to proceed we will not hold on to the shares,’ Walsh said.

Norwegian has been a success with travellers looking for long-haul getaways at cheaper prices than those offered by traditional carriers.

IAG has been ‘impressed’ by Norwegian which posted a £28m profit in the three months to June.