Ikea is abandoning plans to open what would have been its second-largest store in the country after revealing a 38 per cent dive in UK profits.

Earnings at the Swedish flat-pack furniture firm’s British division plunged from £140m to £87m last year, which it blamed on higher staffing costs and investing in the business.

Staff costs at Ikea increased 14 per cent to £207.7m in the year to August 31 due to the national living wage. 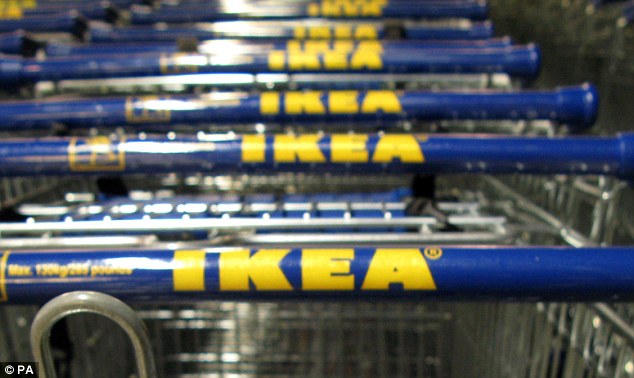 Despite the fall in profits, sales at the firm, which opened its first UK shop in Warrington in 1987, jumped 6 per cent to £1.8bn.

Ikea – founded in 1943 by Ingvar Kamprad, who died in January – ditched its plans to open a store near Preston in 2020, which would have created 350 jobs.

The store would have been second in size to its one in Wembley, north London, which covers more than 40,000 sq ft.

He said: ‘Our decision is due to increased development costs and delays outside of Ikea’s control which no longer make this location viable. At Ikea we want to be more accessible, bringing our unique home furniture expertise and product range closer to more people.’

Next year the retailer is opening its 22nd UK store, in Greenwich in south London, and is awaiting planning permission for a site near Brighton, East Sussex.